With the change of government in Victoria and a promise by Premier Daniel Andrews to make Victoria the education state, is it possible that this might bring about a change in the policy concerning Special Religious Instruction (SRI) in that state and perhaps others?

An article in The Age on 15th January 2015 by Meredith Doig focuses on the dilemma now facing new Education Minister, James Merlino. How he responds will be watched very closely by his opposite numbers, particularly in Queensland and New South Wales. 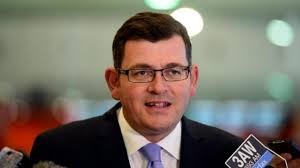 Just how Daniel Andrews plans to go about making Victoria the education state is unclear but both he and Merlino will have their hands full on this one very controversial matter.

The issue centres on the updated Education and Training Reform Act passed in 2006 that reiterated the longstanding policy that “education in government schools must be secular and not promote any particular religious practice, denomination or sect”.

But it also included an exception as detailed in section 2.2.11 where it permits, special religious instruction, defined as “instruction provided by churches and other religious groups and based on distinctive religious tenets and beliefs”.

Few, I think, would argue against some form of religious education in our public schools; education that explains the origins and beliefs of all faiths. But if that is true then such education should also include studies that include atheism and rationalism as well.

How can our children make informed choices if they are not exposed to the broadest possible sentiments of religious and non-religious points of view?

This whole issue which began back in John Howard’s time has been fraught with controversy. It also borders on the unconstitutional, but that hasn’t stopped John Howard, Kevin Rudd, Julia Gillard or Tony Abbott continuing to fund it.

What has prevented it from gaining traction, however, is parental revolt. Today, in Victoria, only one sixth of children receive SRI. Late in 2014 when facing a teacher revolt, the then education minister, Martin Dixon issued a clarification of the enrolment process which gave parents an “opt-in” form to complete rather than an “opt out”, which made it clear, SRI was voluntary.

The downside, however, is that those opting out, even though they are the majority, must leave the classroom and not engage in any other lessons that would put those opting in, at a disadvantage. 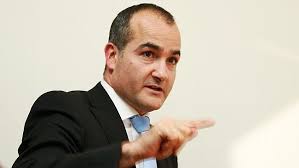 It might have been this absurdity that prompted John Bodycomb, an ordained minister of religion, former chaplain and university lecturer, to write to the new Victorian Education Minister, James Merlino and put his views as follows:
“It is my view as an ethicist that SRI (Special Religious Instruction) has no place in the state education system – which is to be ‘free, compulsory and secular’. My reasons for opposing the current system do not relate to its disruptive effect in a school day or its divisive effect in separating some children from others; these matters have been canvassed ad nauseam. There are two main issues.

The first is one of religious integrity. It is entirely inappropriate for a particular worldview (or religion) to be promulgated by arm of the state. Indeed, the teaching of a faith with a view to inculcating that faith in students is a hangover from the Constantinian era, when church and state became wedded for common advantage.

The second main issue is one of educational integrity. A properly rounded education must of necessity treat religion as a subject eminently worthy of attention. Since the earliest times of Homo sapiens, religion has been an enormously significant socio-cultural phenomenon. To exclude study of religion(s) is as irresponsible educationally as excluding study of maths or music.”

In his letter, Mr Bodycomb calls for an end to sectarian religious instruction and proposes establishing religious studies as a respectable academic discipline at both primary and secondary levels.

Dr Meredith Doig, who is president of the Rationalist Society of Australia thinks, “The time is right to fix this unholy nonsense once and for all.” She says SRI is a form of religious indoctrination and should be abandoned. She urges the state government instead, to work with all interested groups to develop a world class curriculum that reflects the multicultural diversity that Australia enjoys.

Who could argue with that?