Josh Frydenberg has presented a re-election budget. Its assumptions have been challenged by the grim realities of the budget papers themselves and some critical reporting in sections of the mainstream media. The political rhetoric is about untested future possibilities from the conservative crew which brought an unequal recovery from the excesses of the resources boom, the GFC and now the challenges posed by COVID in the global economy.

The unequal income tax changes were locked into the system before the arrival of the COVID challenge with reluctant bipartisan support. Tax relief of up to $510 per year for the lowest paid workers coexists with continued largesse to the government’s support base with the add-on benefits of legalized tax avoidance strategies. These tax inequalities will increase in Phase 3 of the LNP’s tax reform strategies when everyone in the $45,001 to $200,000 taxable income range will share a tax rate of 30 per cent in 2024-25.

Tax avoidance strategies available to taxable income recipients of over $200,000 will mean that few Australians in the future will actually pay the highest tax rates. The highest income earners also have the advantage of tapered Medicare premium rates which the ATO is always slow to update in the next edition of its Medicare calculator for 2021-22. Medicare is also negligent in its failure to remove out of pocket expenses to patients accessing bulk-billing services for access to specialists and their diagnostic services.

The possibilities of an early election are increased by the lack of sustainability in the rebound from the global COVID recession. A forecast rebound of +4.25 per cent in real GDP in 2021-22 will taper to +2.25-2.5 per cent in the short-term future. Delivering Phase 3 of the flatter taxation scales in 2023-24 under a re-elected LNP government risks the attainment of the government’s reduced unemployment rate targets and the possibilities improved real wages (Budget Outlook Paper): Close trading and investment ties with China during the volatile Abbott years after 2013, protected Australia from the worst phases of global economic volatility long before the arrival of the COVID-19 pandemic. Some acknowledgment of the positive benefits of our relationships with China does not appear in the Budget Outlook Paper: 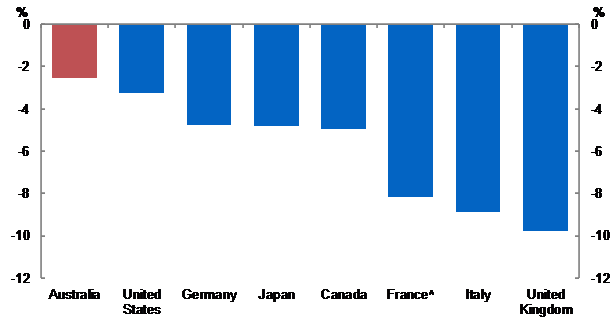 Optimistic projections for spending on the essentials of health, aged care and infrastructure is always subject to the effects of future episodes of global economic volatility and the increasing militarization of our strategic policies. The biggest irony in the current budget has been picked up by ABC News (11 May 2021) in its coverage of the hesitant delivery of home-care packages for elderly and disabled Australians:

Tens of thousands of additional home care packages and mandating the time staff spend with aged care residents are at the heart of the federal government’s nearly $18 billion response to the damning findings from the aged care royal commission.

The government rejects levy proposal and will pay for the $17.7 billion package through revenue

Eighty thousand extra home care packages will be provided over the next two years, despite the royal commission finding that, as of June 2020, almost 103,000 older people were waiting for a package.

However, Health Minister Greg Hunt insisted that would be enough to clear the current backlog.

With the success of the mass COVID-19 vaccination roll out in NSW prompted by an innovating app developed by a smaller Queensland enterprise, all Australians will cheer on the commitment to more IT training packages. The Australian economy should not be relying on multinational providers for the delivery of such innovative servers so that users are actually paying for the profit taking by firms with a self-proclaimed expertise in their cherished fields. It’s pretty appalling that multinational expertise in low technology products like fare readers should be in the hands of US based transport and military security giants like the Cubic Corporation with its headquarters in San Diego.

Josh Frydenberg’s budget delivery with those rhythmic nods from Scott Morrison and senior ministers did have a hypnotic character about a new transition to the social market in Australia. It was just a dash of social justice in a recipe for unequal economic recovery that might be harder than expected to sell to the electorate. The devil is in the detail of future projects for the delivery of great outcomes which can be wound back at a moment’s notice as our naval vessels are sent on dangerous freedom of navigation patrols to annoy our most profitable trading and investment partner.

Backing investment losers on the global scene is not good economics when the Australian economy is so short of new major private sector investment. Our new partnerships with the Quad Four of Australia, Japan, India and the USA should not be at the expense of proven economic allies that have carried Australia from over a decade of recovery from the GFC prior to the COVID-19 pandemic (Current RBA Charts to May 2021): Now its over to Anthony Albanese and Jim Chalmers to deliver a much needed wake-up call to take the Australian electorate out of its potential hypnotic trance with that dash of social justice that came in the budget mix from Canberra. Watch out for the hang-over effects if the LNP makes it across the line at an early federal election while the initial rebound to last year’s lockdowns are temporarily in place as shown by the projections from the Budget Outlook Paper which was noted earlier in this article.