If anything was patently obvious from the events in Canberra last week, it is that Clive Palmer thinks he is running the country and the media seem to think so too. They are all over him, relegating Tony Abbott to the role of a bit-player. It is also patently obvious that the government’s negotiating skills sit somewhere between pitiable and non-existent.

The repeal of the carbon tax is only the beginning. There are still budget bills to be passed as well as the mining tax and Clive Palmer appears intent on maintaining the chaos. It is conceivable that Tony Abbott will soon be cornered into either giving Palmer everything he asks or calling a double dissolution. At the moment he is vacillating and his weakness on this issue will expose him for what he really is. His pre-election bluff and bluster has dissolved.

Last week’s circus in the senate was inevitable and it will happen again. The closer you get to your enemy, the sharper you need to be. Clive Palmer has been around long enough not to trust anyone and knows since the day Joe Hockey delivered the Budget that the Prime Minister’s word has little or no value. 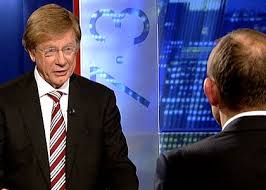 Image by The Sydney Morning Herald

Palmer probably remembered Abbott’s comments when interviewed by Kerry O Brien a few years back. “The statements that need to be taken absolutely as gospel truth are those carefully prepared scripted remarks,” Abbott said. In that interview Abbott revealed that he sometimes went further than he should when making a promise. I’m sure it was no surprise to Palmer when the wording to the amendment on the bill to repeal the carbon tax wasn’t quite what it was supposed to be.

If the Coalition think for one moment that they can put one over Clive Palmer, they are deluding themselves. But, given Abbott’s penchant for verbal dishonesty they will probably keep trying and in the process, expose themselves for the utterly reprehensible rabble that they are.

That is not to say that Palmer will not acquiesce when it suits him. He is unpredictable and, I suspect, delights in keeping the government, the opposition and the media guessing. But as time passes (and it can’t come too quickly for most of us), the interaction between him and the Prime Minister will further expose Abbott’s difficulty in negotiating to a point where even his most steadfast supporters will have had enough. The government couldn’t even get their amendments right. A double dissolution could see him lose office or at best see his lower house majority whittled down to one or two.

The senate result could be worse with a strong chance that both major parties would lose numbers to the PUP. If for some reason the people go against PUP and vote to restore some sanity the result will likely favour Labor and the Greens. Either way, Abbott is in trouble. Doubtless his party’s electoral engineers are doing their sums and would be weighing up the pros and cons. The advice given to them by outgoing senator Ron Boswell to stand up to Palmer is the right advice but they appear unwilling to take it. For the electorate, the greater issue here is honesty, or lack of it. The budget exposed the Coalition to be utterly dishonest, something they brought on themselves; an own goal. They can no longer claim the moral high ground. Their claim to have a mandate is, and always was, spurious. There is just too much evidence out there to show that they have treated the electorate as fools. Clive Palmer has realised that as the self-appointed defender of the underdog, his political future has promise. He will not want to betray his image and backtrack on anything he has said to the pensioners and the battlers who have crossed over to his side.

By way of comparison the government is showing signs of cracking under the pressure. Tony Abbott’s speech to the LNP annual state conference in Brisbane on Saturday bordered on the bizarre.“You and we are rescuing our country . . . it is only us who can rescue our country right now,” he said. Rescue from what? His attack on Bill Shorten was equally weird and suggests he is beginning to lose the plot. 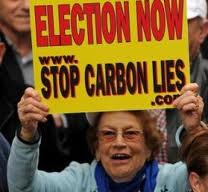 His upbeat display of confidence was in direct contrast to the events in Canberra and the reality of the situation as it unfolded. He referred to the events in the senate as “a lot of colour and movement.” It was chaotic. Under Abbott’s leadership thus far, the Coalition has lost all the support they had at the election and then some. Their only way forward is to replace their leader and try starting again. That is unlikely for now and things are only going to get worse.