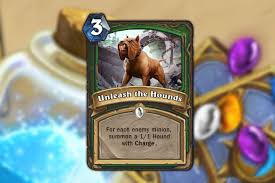 I have often impressed on my children that it is easy to lie, cheat and steal (if I was an Abbott fan I could stop there), but it diminishes you. You must set your own standards. You must value your integrity and be honest so others may be confident in trusting you (plus your stress levels will be much lower). You must respect the rights of others, from their possessions to their feelings. You must try to make a positive contribution to the world. And when you fall down, as you must at times, pick yourself up, dust yourself off, and learn from the experience.

I have also stressed to them that every person has something interesting about them and if you listen then you will find it. We don’t all have the same skills or the same interests or opinions but we all have something to contribute. I often hear people say that respect is earned – I disagree. One should always start from a position of respect – contempt is earned.

I realise this is very idealistic and no-one is perfect but, as a working brief, they are reasonable aspirations.

And then we have this government who, by their language and actions, have gone against these very principles. They have unleashed the hounds and Australia is the poorer for it.

Malcolm Turnbull and Kevin Rudd reached consensus on the need for an ETS and the majority of Australian people supported taking action on climate change. And then along comes Tone who, in return for a complete turnaround on his previously stated support for carbon pricing, was gifted the leadership by the deniers in the Liberal Party.

In Malcolm Turnbull’s own words:

“the fact is that Tony and the people who put him in his job do not want to do anything about climate change. They do not believe in human caused global warming. As Tony observed on one occasion “climate change is crap” or if you consider his mentor, Senator Minchin, the world is not warming, it’s cooling and the climate change issue is part of a vast left wing conspiracy to deindustrialise the world.”

His only redeeming virtue in this remarkable lack of conviction is that every time he announced a new position to me he would preface it with “Mate, mate, I know I am a bit of a weather vane on this, but…..”

Tony then went on an attack dog campaign directed at “working families”, branding Julia Gillard a liar and making wild assertions about $100 lamb roasts and whole towns disappearing, none of which came to fruition. The effect of carbon pricing on the cost of living was estimated to be 0.7%, far short of the 2.5% increase brought about by the introduction of the GST.

Somehow he was able to make people forget that electricity prices had been increasing rapidly for the past two decades with an increase of 170% from 1995 to 2012 – the carbon price was to blame!

He also studiously avoided mentioning the compensation package which saw the proceeds of the carbon tax redistributed to pensioners, families, and trade exposed industries. Seniors groups determined that 93 per cent of pensioner households would be at least 20 per cent better off.

“The discussion about carbon tax is very lopsided at the moment, in that all of the emphasis is on the extra costs that will be born through the tax, but not on the money that will flow back to households through other payments,” said Frank Jotzo, director of the Centre for Climate Economics and Policy at the Australian National University.

Tony’s campaign of fear worked even though it was based on lies. Denialists, sceptics, and conspiracy theorists were given a validity they did not merit and a platform to spout their rubbish. Tony even appeared at a speaking engagement with that fruitcake Monckton who all of a sudden found the ABC, under Maurice Newman, a willing participant in his bullshit

Since coming to power, denialists have been appointed to every advisory role and, regardless of their lack of expertise, their voice has drowned out that of the scientists. From Tony’s page:

Tony Burns: Come on Scott, true believer. In your own words, what is the EVIDENCE that man’s CO2 has caused any of the warming since the Little Ice Age ? … the warming that STOPPED 2 decades ago.

Connie Handbury: I’m sick and tired of the scientific community being bandied around as if they were gods and must be believed and obeyed. Only a small number of wizards ever got anything right and there is good documentary evidence in the star treck trilogy that they were time travellers.

And then we have the disgraceful unleashing of the racist bigots in our society in a very purposeful campaign.

Demonising asylum seekers for political gain was a new low which began with John Howard and was gleefully taken up by Abbott. Who could forget the weeks of Parliament devoted to the “convicted Egyptian jihadist terrorist kept behind a pool fence”. This disgraceful episode is Australia’s version of Peter Greste.

In fact Mr Abdellatif was never charged or convicted on serious terrorism crimes in his native Egypt and turned out not to be a national security threat. He identified himself immediately on reaching Australia and made them aware of the charges against him and provided evidence refuting them.

But because of the campaign of lies waged by the Opposition, Mr Abdellatif was removed from his family and locked up in high-security at Villawood where he remains to this day despite Interpol agreeing he poses no threat.

“I have been separated from my family in detention for over a year for no reason,” he told Fairfax Media. “The separation has been extremely stressful for all my family including my children. We should be reunited and allowed to live in the community. The Immigration department has ignored the new information from Egypt that reveals clearly that all the charges against me are politically motivated and are baseless,” he said. “I am as innocent as the Al-Jazeera journalists who are also the victims of a political trial by the Egyptian military.”

We then had the “feisty, sexy” Fiona Scott suggesting that asylum seekers were responsible for clogging up our highways and hospital waiting rooms.

Reporter: So you mention asylum seekers and overcrowding. I don’t quite get the connection.

Fiona Scott: Well, my recommendation is go and sit in the Emergency Department of Nepean Hospital or go and sit on the M4 and people see 50,000 people come in by boat; that’s more than twice the population of Glenmore Park where we just were.

She later qualified these remarks saying she is not blaming the 161 asylum seekers living in the area for a lack of services in western Sydney, but simply reflecting the concerns of a community she seeks to represent. Rather than allaying the unfounded fears of her constituents, she chose to exploit them.

And of course, we had the concerted campaign by George Brandis and boy wonder, Tim Wilson, to water down racial discrimination laws and champion the rights of bigots to be racist and didn’t the bigots flood out from underneath their rocks. They have been given official sanction for their hatred and Liberal Party pages are full of their vile poison. The following is an exchange I had on Tony Abbott’s facebook page:

Mary McIntosh: I don’t consider having gold credit cards, I phones, digital cameras and the like the possessions of desperate “poor” asylum seekers. They then have the hide to complain they were given food that was out of date.

Kaye Lee: Mary, they are fleeing persecution. It is often the professional people who are targeted…academics, journalists. Seeking asylum isn’t means tested. I am horrified by the selfishness of today’s Australia.

Mary McIntosh: Well if you are so unselfish, how about you take in about half a dozen and fully support them, you know food, clothe them, provide housing, all medical and dental needs etc and show us up as the selfish people of Australia today. But if they are Muslims, don’t forget there will be no more bacon for breakfast, nor roast pork at Christmas. Silly me there won’t be Christmas for you because it offends them. Good luck

Jon. F.Edwards: Well said Mary McIntosh, but you forgot too mention that because she is unclean they will want too circumcise her, make her wear a Burka.

Not content with stirring up the racists, Tony has also made a deliberate strategy of classifying people as “lifters or leaners.” People who are disabled or unemployed or on a pension will now be vilified as a burden on our society.

I remember a period after university when my husband could not get a job in his profession so he applied for other jobs, only to be told he was overqualified – apparently they felt he would not stay so they would not employ him. And we are the lucky ones. I know of many people who have found themselves unemployed through no fault of their own. Those who are made redundant may find another job, only to be made redundant again – last in, first out. Young people with no experience can find it very difficult to get that first break. Unemployment is no picnic and living below the poverty line is a daily struggle.

So well done Tony. You have done more to change this country in your time as leader of your party than anyone before you. You have turned us into a global pariah and a domestic disgrace. Read the comments on your own Facebook page and understand that YOU are responsible for bringing out the very worst in what used to be a great country which, before you came along, was renowned for its contribution to the world and for lending a helping hand to those in need.