This is not going to go away. The revelation that Bishop wasn’t prepared to pay back the money for her helicopter flight until the Prime Minister intervened is particular damming. 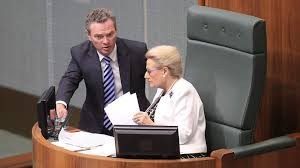 There is still the question of the $88,000 two week trip to Europe. Even if she can justify it under the existing rules she is still guilty of extravagance that should not be tolerated. If it cannot be justified, her position is untenable.

And of course she still has to explain how she thought the trip was consistent with her duties as Speaker, an office that requires detachment from partisan politics. 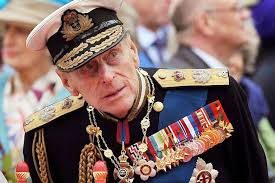 Prince Philip is back in the headlines with another “gaffe”. This time, he asked a group of East End women: “Who do you sponge off?” People just dismiss it as another regrettable thought from a man of few redeeming features. If fact a man who has sponged of the public purse all his life. A snob in the true meaning of the word. (Look it up).

Bronwyn Bishop sponges of the taxpayer by using a helicopter to attend a fundraiser for her own her own party and thinks she has done nothing wrong. She will repay the money, reluctantly, under the Minchin protocol which is nothing more than a mechanism to get away with cheating and will probably continue to treat Members of the House of Reps as her subservient beings and humiliate as many of them as possible.

George Christenson will address a Reclaim Australia rally proclaiming his racist white superiority whilst being cheered on by the Prime Minister under the guise of free speech.

Although isolated these three instances have one thing in common. They are each born of a deep sense of establishment where the incumbents believe that a certain right of entitlement has been bestowed upon them and that all others are beneath or subservient to those of privilege.

If as the Prime Minister says the pursuit of Bishop is a beat up. What was his pursuit of Slipper? A beating?

1 As a well-read lover of language and its power to persuade I intently dislike those who prostitute its meaning. Watching Greg Hunt on Insiders yesterday was an agonising exercise in the destruction of the English language. By that I mean this, when lies are used so blatantly to construct the basis of what seems a reasoned truth and sentences mangled to the point where they become deliberately indecipherable I am appalled. Such was the case yesterday. I said to my wife after the interview. “Do you have any idea what he was talking about? She answered “Why? did you?” 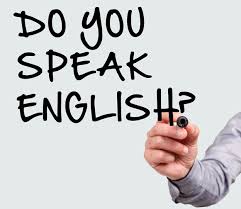 2 And on the same program Gerrard Henderson’s feeble, flippant attempt to dismiss Speaker Bishop’s misdemeanors as uneventful and unworthy of serious discussion were so typical of someone so biased as to not be able to see the wood from the trees.

“I just think its pretty bad short-term politics and it’ll end in tears for a lot of people.”

“Bronwyn Bishop’s interpretation of her parliamentary entitlements, arguing the Speaker can claim taxpayer benefits for attending any function where she speaks about parliament is wrong.”

Who said this I wonder:

“I love her but her bias as a Speaker has made Parliament almost unworkable” one backbench MP said.

3 And before anyone accuses me of bias let me say that in my many years of following politics we have never had a worse bunch morons who seemingly don’t want to govern for the common good. Only for themselves. All of them.

4 An example of 3. Tony Abbott thinks Bronwyn is doing a really good job. That proves it.

5 Organisers of the Reclaim Australia event in Brisbane have announced their split from the organisation to join an explicitly anti-Islam group. That’s what they really are so I salute their honesty if nothing else. I don’t think anyone has ever uttered words like these that better describe everything that is bad and wrong about the governance of our nation. We have a rotten government and a rotten leader in Prime Minister Abbott. Who else would react to a great wrong by a rotten Speaker by saying this?

The Speaker of the House of Representatives of the Parliament of Australia is ON PROBATION. I really struggle to get my head around the implication of that. Has any other Speaker in Australia’s history ever been “ON PROBATION?”

Let me repeat this less the ramification of the statement escapes you. The Speaker of the House of Representatives of the Parliament of Australia is ON PROBATION.

Since Tony Abbott became leader of the Liberal Party and in turn the Prime Minister of Australia he has been responsible for the disintegration of many of the institutions and standards of conduct that used to cement our democracy. He is a disgrace to the very principles that we once thought were necessary for robust, transparent, open and truthful government.

Posted my short story Confession of an Honest Conservative.

2 Today in Sydney the PM is having a retreat with the State Premiers to discuss the vexed issue of tax. The premiers will rule out anything that is detrimental to their own state. In the meantime the Federal Government is conducting a tax inquiry but has ruled out any major tax reforms (those that could make any difference) because it might affect its chances of reelection.

Then he says: “We are doing what’s best for all Australians”

“We are meeting to discuss what we are not going to do just to make it look like we are doing something about nothing. Brilliant act of circular escapism.”

1 Renewable energy: Labor puts forward 50 per cent target by 2030; pledges to introduce emissions trading scheme. This will give the voter a stark contrast from which to choose. It could be described as bold and visionary. The difference is simply that one party is for the future and one the past or that one believes the science and one doesn’t.

Well it seems one Labor Branch has taken her at her word and issued an official invitation to speak at a seminar.

“We would like to invite you to be our guest speaker on the topic ‘what role will the Westminster system play in an Australian Republic?”

3 The bye election for Don Randall’s seat will be an interesting test for the Abbott Government particularly as it is in WA. The seat was won by the Liberal Party 52.2 to Labor 47.8. The earliest date it could be held is 29 July. The average swing is 5%.

4 It seems our Speaker has been ripping off the taxpayer for years. Fairfax has disclosed that the taxpayer has even funded her trips to the Opera. I’m guessing she would have seen Call Me Madam, Orpheus in the Underworld, The Beggars Opera, Madam Butterfly, The Cunning Little Vixen, The Taming of the Screw and Carmen of course.

5 Just a reminder to those familiar with the life and work of the person known as Jesus. Yes he was the world’s first socialist.

6 A rarity for me to agree with Janet Albrechtsen but she is correct. “MPs can’t hope to end the age of entitlement and exempt themselves.” I found myself without any Internet for most of Thursday and it wasn’t reconnected until around midday today. Even in that short space of time I was reminded of just how much the internet had become part of my life. It is somewhat of a shock when the instantaneousness of information (and many other things) is taken away. I recalled the time when of habit I would venture to the front gate to collect the daily newspaper. The Melbourne Age was my source of news. It had sustained me all my life.

Now at 6am every morning I go on line and suck in the news of the day from as many and varied outlets as time allows. Surely the advent of the internet and social media sites has changed the way we communicate and opine our thoughts irreversibly. Take Facebook for example.

Social media of course receives its share of criticism but I have found it rewarding in the sense that it has given me the opportunity to express my thoughts in a forum that is at times robustly disagreeable but always enlightening. It makes you dive into humanity, hear things you do not want to hear, and defend what you have to say .It is for those with opinions or for those without the courage to share them. And fence-sitters of course. It attracts the reasoned the unreasoned the civil and the uncivil. The biased and the unbiased. It is for people with ideas and sadly those without any. It whispers or shouts dissent. But mostly it’s a society of our own creation. It is also a technology that has given licence to the nutters of society or conversely you could say that it has identified and exposed them.

2 We have had the usual post Premier’s self-praise of their retreat and without wishing to sound negative they made what, in a flourishing progressive democracy should be normal and ongoing attention to reform, sound like for the first time in human history, they had discovered the benefits of civil discourse.

Recommend you read Kaye Lee’s article on this subject.

3 Bill Shorten addressed the issue of that most vexed issue of Asylum Seekers at the National Conference.

John Kelly restated the obvious in his piece for The AIMN.

“The Liberal party hit upon a winner with John Howard sensing and playing to the national mood with the Tampa affair back in 2001. It was never in the national interest to refuse to help destitute people seeking asylum. But he did it anyway.”

“The decision he made on the Tampa was very much in the interest of his party winning the next election. That’s why that he acted the way he did. And suddenly we learned that wedging was the new political game in town.”

Then Philip Ruddock started calling them illegals and Tony Abbott disgracefully demonized them in order to wedge Labor. Clever politics but morally sick. But that’s our Prime Minister.

A pox on both your houses.

And this is the week that was.

Oh, and by the way we did find out that Joe had charged the taxpayer $20,000 dollars to visit his farm 13 times. The expenses saga came and went and by the end of the week we were back to normal.

Was our Democracy advanced? No, not one iota.