Last week Mainstream Media (MSM) political commentators were united in their condemnation and their mockery of PM Tony Abbott following his bizarre announcement that HRH Prince Phillip would become an Australian Knight.

They also seemed equally united in their condemnation of Abbott’s overall performance and the prospect of an imminent leadership challenge following the Queensland election. Better late than never, I suppose.

In fact, the media’s unity on these two issues is similar to their united front on Labor’s economic prowess, particularly between 2010 and 2013. At the time, they gave Tony Abbott and Joe Hockey unquestioning prominence while the two amigos recklessly hacked away at Labor’s economic record.

The only difference is that they were dead wrong about the two amigos and also about Labor’s grasp of the issues.

When Kevin Rudd became Prime Minister in 2007 he inherited a gross ‘debt’ of $58 billion; quite trivial by today’s standards. At the time, he and Labor were treated lightly by the media until the GFC exploded and suddenly, the big question was: what would they do about it?

But up until this time, the media had been asleep at the wheel unaware of what really had been going on. For the ten years or so prior to 2007 they had been happy to drink the wine of what they perceived as good fiscal management by Peter Costello who had been delivering surplus budgets year in, year out.

But they should have known that in a national economy, the three principal sectors of management, i.e. government, private and external, the respective balances of each will always play against each other, while their aggregate total must balance when combined. If two are in surplus, one must be in deficit. If two are in deficit one must be in surplus and the net result must always equal zero.

During Costello’s time no one ever queried that up until 2007, while he bathed in the glory of government surpluses, external income was in deficit, and private debt, particularly household debt was skyrocketing. 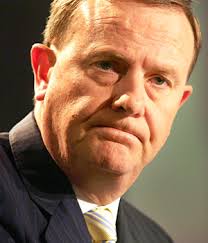 Costello’s surpluses were made possible because of the availability of easy credit, e.g. home equity based loans, banks offering credit cards to anyone breathing, and even some who had stopped breathing. Costello took advantage of the ignorance of the MSM and the people with his surpluses and actually gained their admiration in the process.

As we all remember, soon after the GFC struck, the Rudd government announced a stimulus program, one much criticised by the then LNP opposition, which put the budget into deficit. This created excess reserves in the banking system necessitating the issuing of bonds to ensure the central bank could control the overnight cash rate.

This necessary monetary process was misconstrued and presented as borrowing to finance the government’s spending when it was nothing of the sort. It quite falsely became the “debt and deficit myth” the LNP used so effectively to discredit Labor.

Following that stimulus, the external sector (trade) remained in deficit but the private sector (business) stopped borrowing and began paying down debt.

Fast forward to today and we find that household debt has remained at its historic high. Meanwhile, the business sector have been using accumulated profits to reduce debt and buffer themselves from deflationary forces in the absence of attractive investment opportunities. 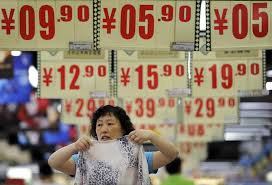 At the same time, successive years of deficit budgets caused by China’s economic slowdown coupled with an over-valued Australian dollar has had the effect of limiting further deterioration in unemployment.

That’s the good news. Now for the bad news. Joe Hockey’s austerity budget threatens a seismic shift in these balances.

The move to austerity will actually force the private sector towards higher indebtedness (deficit) by running down savings because there won’t be the flow of money to enable current levels of saving.

If the household part of the private sector starts saving and/or begins to pay down household debt (credit card and mortgages), the economy generally will begin to contract, business will slow, unemployment will grow and the deficit will also grow from further reduced revenues. The December 2014 inflation rate announced last week confirms this trend.

This means that the private sector will bear the burden of balancing the economy on a scale that will drive the country into a horrible and prolonged recession.

This is exactly what is happening at the moment in Europe.

This is why the European Central Bank has decided to issue $1 trillion euros of fiat currency to be deposited into the reserves of the member banks. This is why austerity doesn’t work, at least in these circumstances.

The question arises therefore, why is it that the Australian MSM economic experts are not pointing out this fact? Are they once more asleep at the wheel? Or, is it just too hard for them to acknowledge Labor’s better understanding of the way the economy works?

It is my opinion that neither they, Joe Hockey nor Mattias Cormann understand any of this.