First Nations leaders from the remote islands of Boigu and Saibai in Gudamalulgal in the Torres Strait (Zenadth Kes) are taking the Australian Federal Government to court in a bid to prevent the destruction of their communities by climate change.

In a landmark class action case Wadhuam (Maternal Uncle) Paul Kabai and Wadhuam Pabai Pabai are arguing that the Federal Government has a legal responsibility to ensure Torres Strait Islander Peoples are not harmed by the climate crisis. This is the first climate class action brought by First Nations Peoples in Australia.

If successful, this case has the potential to not only protect Gudamalulgal and all Zenadth Kes communities, but also to help avert the climate crisis before it devastates communities across Australia.

“Our ancestors have lived on these islands for more than 65,000 years. But the Government’s failure to prevent the climate crisis means our islands could be flooded, our soils ruined by salt and our communities forced to leave. Becoming climate refugees means losing everything: our homes, our culture, our stories and our identity. If you take away our homelands, we don’t know who we are. We have a cultural responsibility to make sure that doesn’t happen and to protect Country and our communities, culture and spirituality from climate change,” said plaintiff Paul Kabai.

“I can’t imagine being forced to leave Boigu because this island is me and I am this island. There are 65,000 years of wealth and experience here. Losing Boigu will mean losing that. If you take us away from this island then we’re nothing. It’s like the Stolen Generation, you take people away from their tribal land, they become nobodies,” said plaintiff Pabai Pabai.

Torres Strait Islander communities are on the frontline of the climate crisis and face an existential challenge due to rising sea levels driven by the burning of coal, oil and gas. If global temperatures rise by more than 1.5C then many islands in Gudamalulgal will become uninhabitable. Torres Strait Islander Peoples would become Australia’s first climate refugees.

Traditional Owners Pabai and Paul are seeking an order from the court that requires the Federal Government to take steps to prevent this harm to their communities by cutting greenhouse gas emissions.

The Australian Government has just set a 2050 ‘net zero’ emissions target, which experts say will not be enough to prevent disaster in the Torres Strait.

In fact, leading climate scientists who form the Climate Targets Panel calculate that Australia’s greenhouse emissions need to be reduced by 74% by 2030 (from 2005 levels) and to net zero by 2035 to keep global heating to below 1.5C and avert the destruction of Torres Strait Islander communities.

Torres Strait Islander Peoples have a proud history of fighting for their rights through the courts. Eddie Mabo took on the Government through the courts and established that terra nullius was a lie, paving the way for land rights for all First Nations Peoples in Australia.

The litigation is being supported by public interest advocacy organisation, Grata Fund and international climate law experts at the Urgenda Foundation. The case will be conducted by specialist class action and public interest law firm, Phi Finney McDonald, and the plaintiffs will represented in court by Fiona McLeod SC.

“People across the country, and in particular First Nations communities, are already being harmed by the Government’s failure to take the climate crisis seriously. We’re proud to support Paul and Pabai as they take a stand on behalf of their communities. Everyone is entitled to defend their rights in court and we believe they have a great case that could make history,” said Isabelle Reinecke, Founder and Executive Director, Grata Fund.

“The Australian Government owes a legal duty to Paul, Pabai and all Torres Strait Islanders not to destroy their land, culture and identity. Paul and Pabai bring this action to require Australia to reduce greenhouse gas emissions to a level that will prevent Torres Strait Islanders from becoming climate refugees. Phi Finney McDonald are proud to represent Paul and Pabai in their fight to save their homeland,” said Brett Spiegel, Principal Lawyer, Phi Finney McDonald.

“When we launched our litigation in the Netherlands there was a view that a case like this was impossible and had no chance of success. Instead we won, and this led the Government to adopt a sweeping set of policies to reduce emissions including, significantly, the closure of coal-fired power stations and billions of euros of investment in renewable energy and energy efficiency. We’re very optimistic that the same can be achieved in Australia,” said Dennis Van Berkel, Legal Counsel, the Urgenda Foundation. 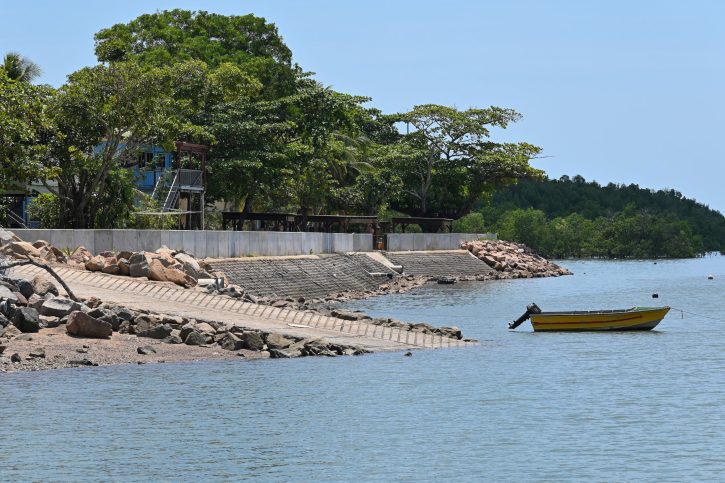 Read the full media release here for additional information about the plaintiffs, the case, the legal team and the key climate harms in the Torres Strait.