LNP 'Values' and Their Actions: A Comparison

At this point, some may consider anyone voting, or considering voting, for…

With so much negative feedback on Tony Abbott’s predilection for three word slogans, one would think the brains trust within the Coalition would have learned something by now and tried a new tack.

But, as predictable as a Carlton loss, we now have the latest gem to come off the assembly line, i.e. ‘Jobs and Growth’ only this time Abbott says it twice. So perhaps that’s the new tack, a three word slogan repeated.

But just what does ‘jobs and growth’ mean? Surely when you come out punching with a brand new slogan, you bring with it a box of goodies complete with television advertising to demonstrate what the program is all about? Assuming there is one.

It made me wonder. Is there a nation building plan, a clean-up environmental wastelands initiative, a national swimming pool restoration project? What is the government’s plan to create jobs and growth?

While we know that unemployment is over 800,000 and underemployment is 1,100,000 and the likelihood that both are still growing, what is the jobs and growth plan to bring those numbers down?

Looking for an answer, I googled ‘jobs and growth’ expecting to find some definitive headline that would explain all the detail. What I found was, “The Jobs and Growth Act, 2012” which, it turns out, is an Act of the Parliament of Canada.

It was introduced and passed by the Conservative government to implement its 2012 budget, following the passage of the Jobs, Growth and Long-term Prosperity Act in June 2012. 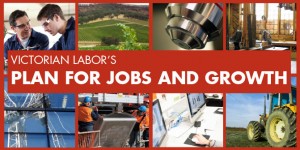 Not wanting to get involved in some messy Canadian fiscal proposal I looked a little further and found that the Victorian Labor Party had a jobs and growth program that they took to the election last year. They also had a comprehensive plan to implement it.

Looking further again, the idea of linking jobs and growth was prominent pretty much everywhere, particularly so in North America and Europe, but the only reference to our Federal government’s jobs and growth was an ABC ‘The Drum’ article by John Quiggin entitled, “Three-word slogans have left Abbott with an economic quandary.”

Quiggin wrote, “Abbott’s current slogan, repeated whenever any question inconvenient to the Government is raised, is “jobs and growth”. However, a complete understanding of the Government’s budget problems requires us to recall two earlier slogans: “debt and deficits” and “lifters not leaners”. 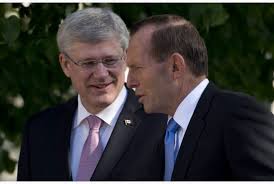 But still, I couldn’t find anything online that explained the government’s plans. So, how did the jobs and growth mantra originate? Was it copying something from the Canadian parliament? We know that Abbott and Canadian Prime Minister Stephen Harper are good mates. Have the two been chatting lately? Or did the Liberal’s brain trust pinch it from Victorian Labor?

I guess we’ll never know because I don’t expect anyone will fess up. But it seems odd that such a mantra which conjures up all manner of fiscal stimulus, is so utterly hollow, i.e. there is no action plan to drive it.

Jobs are essential to arrest our deteriorating economy. The government’s answer to that seems to rely on the private sector performing miracles by applying the principal of supply side economics. But I doubt anyone in the private sector could be that stupid.

What a tragedy that yet another hollow, three word slogan heralding future growth has neither form nor substance.

Or have I missed something?

1 When I'm asked to articulate just when the decline in our democracy occurred, I usually start in 2013, when…