A year ago, Malcolm Turnbull downloaded Bruno Mar’s “The Lazy Song” and it has been on repeat for the past year. The first line of the song “Today I don’t feel like doing anything” completely epitomises every single day of the Turnbull Government.

The media also seems to be stuck in a cycle of just accepting this as the new norm (except for Andrew Bolt who has really pushed the point on this, with an interview with Peta Credlin this week.)

The problem for the innovative Prime Minister is although he promised new ideas and an innovative Government; his leadership behaviour is actually not conducive to innovative leadership.

Turnbull has two main issues to address; or he will be playing “The Lazy Song” for another 365 days.

Escalation of commitment is when an individual or group persists on the same trajectory, even if they know it will result in a poor outcome. Normally, substantial time or money has been invested and this is the impetus for maintaining that commitment.

What has Turnbull invested? He has invested his entire career to get to this point. His investment success was that he was given the authority to over-throw a sitting Prime Minister. His other investment is that he guaranteed would be much more popular than Tony Abbott. Although Turnbull has won the 2016 election in his own right; one would be hard pressed to argue that Turnbull won the election as the “Popular Prime Minister.”

As onlookers, we will never be privy to the in-party investment Turnbull has made, until the ABC produces the sequel to “The Killing Season.” However, it seems clear that the investment was made to gain the support of the conservative right aligned faction of his party.

The leather jacket wearing progressive, forward thinking Turnbull he displayed to the public, as the ‘would be Prime Minister’ is in stark contrast to the conservative and dull Turnbull who is now the current Prime Minister.

Escalation of commitment can explain why although there is public opposition and a huge drop in his popularity, he is committed to maintaining Abbott’s:

1. A commitment to a Plebiscite on Marriage Equality

2. A commitment to stigmatising the poor by targeting welfare recipients as a budget savings measure, instead of treating them as human beings.

3. A commitment to offshore processing and a high level of secrecy surrounding asylum seekers

5. A commitment to attack dog style politics due to the lack of policy ideas.

6. A commitment to blaming absolutely everyone else but his own leadership

7. A commitment to treating Gonski as a joke

8. A commitment to destroying our universal health care system – Medicare

9. A commitment to union bashing and disrespecting the worker

10. A commitment to the absence of Government intervention and lack of job creation.

One of the most important areas to lead change especially as an innovative change leader is one needs to be transparent and open and honest about who they are, and accept criticism and reflect on their own personal development.

Turnbull does appear to use a strong avoidance technique for any of this to occur. He has not been open and honest about why his focus has shifted from progressive to conservative and he does not accept criticism or (I can assume as an observer) he does not reflect on his own personal development, as the signature ‘blame everyone else’ behaviour has not changed.

Around this time last year, Turnbull promised the voting public that he would be the innovation prime minister.

The difficulty for Turnbull with innovation is innovation requires constant evolving change and continuous improvement. Maintaining the status quo through escalation of commitment kills off innovation faster than one can say “Betacord.”

For a Prime Minister to become the innovative Prime Minister he promised he would be, Turnbull needs to adopt a transformational leadership style. To do this, it is necessary to do a number of things and I’ll use this next section as a pictorial to show how things have gone wrong: 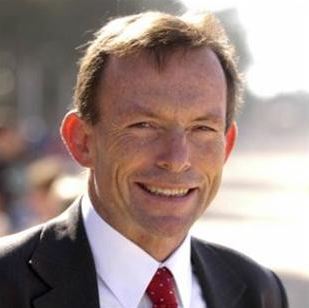 2. Develop a Culture of Trust – Have those you lead trust you and share your vision

No Malcolm! You are doing it wrong

5. Take responsibility – Reflect on your behaviour and do not blame others 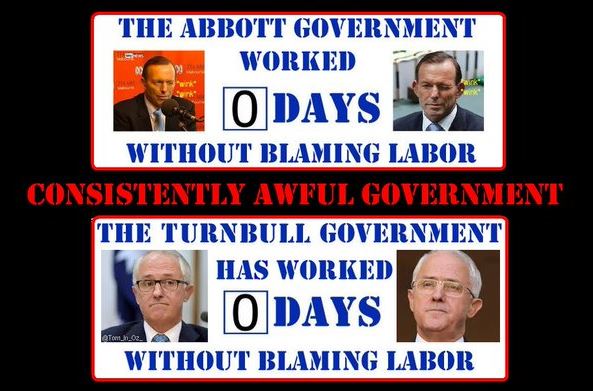 I’ll leave you with some words of wisdom from a true great leader. May his words inspire Mr. Turnbull to have his first original idea.