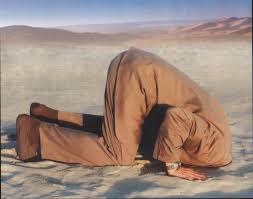 “In the future, everyone will be world-famous for 15 minutes”

That’s the thing about politics. It’s the art of persuasion. The art of convincing people that one kiss is enough, and it’s actually the other side that’s screwing you…

While we’re on the subject of sexual metaphors, why on earth did some Liberal staffer think it was appropriate to call out to Malcolm that he was a…

Mm, I believe the word was “grub”, but I may have misheard given my confusion about Chrissy-fit Pyne’s use of the word.

Mm, don’t want to use the word “balls” because I’m trying really hard not to go down the politically incorrect path of using the sexual organs once again.

Ok, let’s start taking without metaphors or euphemisms or, indeed, what some word call straight talking.

Or plain Australian, as Senator McDonald would have it…

As he said to Senator Wong, “Learn to speak Australian!”

Gee, I hope I’ve spelleded his name right, because he’s clearly a man of enormous intellect.

Anyway, my thoughts are that Turnbull is at the peak of his power. Nobody’s likely to challenge him in the next week and if he can win the next election that gives him some sort of mandate.

Whoops, nearly did it again.

Ok, so why isn’t he taking on the extreme elements in his party. Why isn’t he make any effort to move it even a couple of inches closer to the centre.

Except that they’re already after his blood. And he hasn’t even done anything about from give the Liberals a bounce in one poll.

A bounce which is still within the three percent margin of error, but better than a fall…

Yep, maybe he can compromise.

Leave Abbott as Minister for Women. Or offer him the job as Ambassador to Russia where he can continue his shirtfronts of Putin.

Maybe he can get Peter Dutton onside by making Minister for Communications so he can sort out that Fairfax jihad.

Come on, Malcolm, what are you going to actually do with your fifteen minutes? Wait till Burnham Wood comes to Dunsinane?

Actually that’s the great thing about that Scottish play of Shakespeare’s. The main character grabs power and does nothing with it, but try to keep it.