Franklin D Roosevelt once said, “We have nothing to fear but fear itself.” Not true, not anymore.

Occasionally we come across watershed moments in our lives where reality bites, where it opens our eyes to what is really happening, in a way that sticks.

Such moments open our eyes to the failings of our system, the system our politicians advocate. Such was the case on Q&A this week.

I don’t think Kelly O Dwyer has anything to fear. She holds a safe Liberal seat where some of the more affluent, highly taxed employees of our major corporations live.

Perhaps there are small business owners in her electorate who spend $6000 on toasters. Such toasters do exist. I’ve seen them in hotels at breakfast when travelling overseas.

I suspect that Innes Willox, Chief Executive of Australian Industry Group has little to fear. He says the low paid don’t pay much tax. Well, they don’t; not when you compare their tax to the tax someone on more than $80,000 pays. Innes says that “not everyone can win out of the budget every time. That’s not how the system works.”

He hit the nail on the head there. It’s the system we should be talking about, not just what it is doing to us. 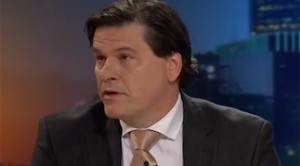 His comments were in response to a young man on Q&A, who had the temerity to suggest that those on high incomes would hardly notice their tax cut, but that if he, as a low paid worker, received a tax cut, it would change his life.

It reminded me of the scene in the movie, ‘Oliver’ where Oliver, desperate with hunger, walks up to the master and says, ‘Please Sir. I want some more.’

Willox’s concern was that the current corporate tax rate in Australia was the second highest in the OECD world.

Should we be concerned that the corporate tax rate is more important than a low paid worker with a disability being able to take his little girls to the pictures one weekend? Or should we be more concerned about the Turnbull government’s $29 billion cut to Education over the next 10 years?

The agony of choice; tax cuts to companies and those earning above $80,000 a year, or providing a better education for a young man’s daughters. Tax cuts versus education? Which to choose? It is clear which alternative the Turnbull government prefers.

That we should even be debating such a choice, highlights how corrupted our system is, how corrupted is a government that would put corporate tax cuts ahead of our childrens’ education.

Malcolm Turnbull is making the wrong choices for Australia’s future. He wants big business to have a tax cut and he wants to cut funding from every school in the country. That demonstrates a corrupted system in ways that should shock us all.

The entire issue of winners and losers in a fiat currency nation is itself, appalling. We can provide incentives for business and educate our children without having to compromise. We can implement a state of the art health system. We can provide proper care for the elderly. We can employ every person who wants to be employed. We can spend the money to make these things happen, without causing inflation, without borrowing, without threatening the value of our currency. We can do all this if we wanted to, if we cared enough.

But that’s not how the system works.

The System is the problem. We need to make the system work for us, rather than against us. We have much to fear but it is not fear itself. It is loss of control. The choices we face in the coming election should be about regaining control, taking back what is ours.

Our democracy is skin deep. We have surrendered our rights to a plutocracy that now controls our daily lives. It is more evident than ever. It was made clear in the responses by Kelly O Dwyer and Innes Willox to the young man’s question on Q&A.

We need to fix the system.