We keep hearing from the government that everything is ‘on the table’ when it comes to tax and other reforms. Really! Does that include a proposal for full employment?

If you’ve been paying attention to the 2016 U.S. Presidential race and taken note of the various candidates travelling across the country trying to win public support, you would probably have heard of Bernie Sanders.

Bernie who is 74, is the longest serving independent senator in congressional history but who now sides with the Democratic Party in the 2016 race. The main difference between him and all other candidates is his socialist platform underpinned by an approach to economics that coincides with the basic principles of Modern Monetary Theory. 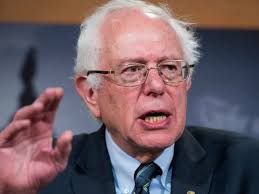 Bernie is one out of the box. He and Hilary Clinton are the main contenders for the Democratic Party nomination that will take place mid next year. But Bernie is nothing like Hilary in terms of policy direction. In fact he is so far to her left he makes her look like a republican.

But both Bernie and Hilary have in their corner Stephanie Kelton, an associate professor and chairwoman of the economics department at the University of Missouri-Kansas City, who was appointed by Sanders as the chief economist for the Democrats on the Senate Budget Committee in 2014.

Kelton is a self-described “deficit owl” who supported larger budget deficits to counteract the recent recession. She also advocates the introduction of an ELR (Employer of Last Resort), a job guarantee program.

An ELR is a promise by the government that through either private partners in the community or through all three levels of government, a job will be available to any worker who is able and willing to work but cannot find suitable (or any) employment in the private sector.

Stephanie Kelton understands the policy options open to sovereign currency-issuing countries like the U.S. and Australia, options that are denied those countries who peg their currency to another, or to countries in the Eurozone.

Make no mistake about it, unemployment IS a policy option of any capitalist economy and full employment could be one too.

An ELR means paying some people to work rather than paying them not to work. This does not mean that currency-issuing governments are not subject to fiscal policy constraints. But deficit spending is not one of those constraints. The only constraint is inflation.

As long as there are unused resources, capital, people willing to work and unresolved needs such as providing proper healthcare and social services to communities in need, then there is capacity for the currency issuer to employ those resources. And that cannot be inflationary.

Australian economist, Professor Bill Mitchell says, “The Job Guarantee works on the “buffer stock” principle and provides an ‘inflation anchor’, which means that, in the context of the macroeconomic literature, it eliminates the trade-off between inflation and unemployment, the so-called Phillips Curve.”

Bernie Sanders already has a bold proposal to eliminate unemployment by creating 13 million decent-paying jobs, a living wage, and a federally-funded youth job guarantee, all of which is a stepping stone to full employment.

If the Australian government was serious about jobs and growth, the introduction of an ELR here, would be an economic imperative. Yet no such plan exists and none likely. Why is full employment not on the table? The answer: because a certain level of unemployment is part of the neo-liberal philosophy.

And so it goes on and on. The central objective is corporate profits, not employment. Employment is a by-product and the result is always an ever widening of the gap between rich and not rich.

Full employment interferes with that objective. Full employment helps restore equality and provides a higher living standard for everyone. This is the message Bernie Sanders is spreading across America. Bernie is no friend of the big end of town who detest his policies and have tried to paint him as anti-capitalist and worse still, a socialist.

Yet full employment also maximises tax revenues and minimises welfare payments. Furthermore full employment increases demand which leads to improved productivity, something all corporations strive to achieve. So why isn’t full employment at the top of every western government’s to-do list?

This is one of the greatest crimes ever perpetrated in human history. Presidents, prime ministers, and parliamentary representatives are all targets of predatory behaviour by the rich and powerful because it is through our “elected” representatives that these faceless men are able to acquire their wealth.

Our political leaders constantly make decisions favouring the corporate world in the false belief that such decisions bring the promise of lots of jobs. But those jobs could be provided anyway through an ELR program rendering government decisions favouring corporations redundant; proof indeed that the big end of town is really the body in control.

Commercial development and manufacturing enterprises have always attracted politicians’ interest because it helps them to be seen to be doing their job. In reality those enterprises would still happen so long as they were commercially viable.

But no Captain of Industry in his right mind wants to see full employment for fear the price of labour would skyrocket. It is, however, a false fear. The benefits of full employment to any economy are self-evident.

The price of labour is determined by productivity output and a competitive marketplace, not wage demands. The rich would still be rich but the gap would be narrower. Some of their wealth would have to be shared with the rest of us.

That’s why they don’t want to see full employment. But do not be fooled by those who say it is impossible. So, Malcolm Turnbull, why is full employment not on the agenda?