Fair, reasonable and balanced. That has been Tony Abbott’s latest pre-budget mantra, a mantra that took a hiding after Joe Hockey delivered what will surely be his final attempt at a budget last night.

Even when they are trying to save themselves, the coalition have once again demonstrated how glued they are to an ideology of trickle-down economics they can neither shake off nor hide.

If this budget were to sway one single vote it would prove the collective IQ of the nation had gone into further decline.

The small business plan will not promote a credible path to more employment. That is sheer fantasy. They think by giving small business more money, the benefits will trickle down to the unemployed.

Accelerated write offs up to $20,000 and tax cuts will give small business greater liquidity and increased profit, but no real incentive to employ additional staff.

“This budget empowers small business to invest, grow and create jobs,” Mr Hockey told Parliament in his budget speech. No it doesn’t. It simply puts more money in their pockets. Something for which they will be very grateful.

Hockey went on to say, “This will be of enormous benefit to their bottom line and help businesses with their cash flow. It means innovation, it means jobs. It means more money to invest and grow your business.” It could mean that, at a stretch, but it probably won’t. 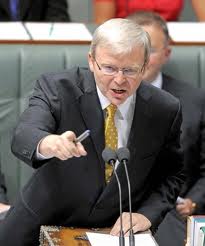 Does he not remember that it took a $40 billion stimulus by Kevin Rudd to avoid a recession following the GFC? What can he seriously expect from a paltry $3.55 billion?

Small business will only employ more staff if they can see greater sales. There is little in this budget that will generate sufficient activity to create the growth necessary to generate more sales.

The government are also up to their old tricks with the senate. Their attempt last year to cut the Family Tax Benefit Part B has been stalled in the senate, but rather than scrap it, they want to get it through by blackmailing the crossbenchers once again.

Scott Morrison has form when it comes to political blackmail. He successfully spun independent Ricky Muir on the issue of children in detention to get his way on temporary protection visas. He is applying the same principal to his childcare package. Not very reasonable and in its current form, it won’t work.

If you were watching Q&A Monday night you would have witnessed the human face of budget cutting where programs in disadvantaged areas that were value-adding to the economy, were being defunded.

These programs were restoring the well-being, the education and future opportunities of those who, for whatever reason, had become marginalised. They were helping return people to the workforce. 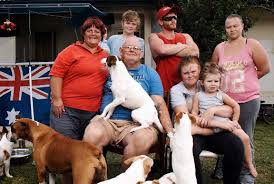 The discussion centered on the SBS program, ‘Struggle Street’ which for all the negative comment it has attracted, it has focused attention on the mean spirited and impersonal decisions taken by government to save money. Once again, we see how this obsession to create a surplus can impact on the most vulnerable neighbourhoods.

This is how we treat our most vulnerable while propping up mining companies, allowing tax breaks for the excessively wealthy and ignoring our most important resource….our youth.

Over the coming days and weeks, this budget will undergo a rigorous scrutiny by independent analysts who, I am sure, will expose its weaknesses. What is obvious is that it relies heavily on things going well here and overseas, particularly in China.

It is what Tony Abbott calls fair, reasonable and balanced. It is none of these things.

There is much that is flawed in the calculations on income tax. Bracket creep is expected to increase the overall take from $176 billion this year to $235 billion by 2018/19. That won’t happen.

Forget the forward estimates. Governments of both persuasions have shown a talent for exaggeration when it comes to guessing what revenue lies beyond. They can’t even get the current year right. 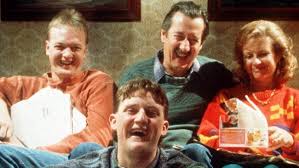 But the most optimistic estimate of all is that gross receipts will increase from $377 billion in this budget to a whopping $488 billion in 2018/19. That is pipe dreaming, predicated on 3.5% annual growth. That won’t happen either.

This is a small-minded budget from small-minded people. And as for Hockey’s $35 billion deficit? Would someone please tell him he’s dreaming?