A Happy New Year to everyone and in case you have forgotten, 2016 is an election year. Regardless of one’s personal preference for a conservative or progressive victory in that election, there should be at least one more immediate concern.

Irrespective of our political preferences, we should all be informed and be informing of, to as many voters as possible that, in terms of the economy, much of what they will hear from both conservative and progressive candidates leading up to the election, will be false.

What you will hear from them is myth. And my special interest in this election is to bust as many myths as I can, before we go to the polls. So let’s start with the biggest myth-buster of all:

Myth-buster No 1: Taxes do not provide the revenue which the government needs in order to pay its bills. That’s right. TAXES DO NOT FUND SPENDING.

The necessity for a government to tax in order to maintain both its independence and its solvency is only true for state and local governments and those countries that comprise the Eurozone, not for sovereign currency issuing national governments such as we have in Canberra. 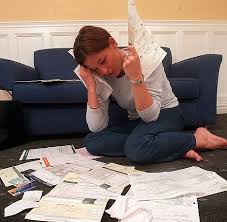 State and local governments are similar to a household in the sense they face financial constraints on their spending. They cannot issue currency from thin air. Only the Federal government through its central bank (in our case the RBA) can do that.

State and Local governments have to raise funds before they can spend. Yes, they do have the power to tax, something households do not possess. But this is merely substance, not form.

Myth-buster No.2: A currency issuing government does not need to borrow to fund its spending.

So when you hear a politician say, “we have to live within our means” or “we can’t continue to borrow or we’ll go broke”, he/she is either lying or ignorant. Or quite possibly both.

Myth-buster Number 3: It is entirely within a currency issuing nation’s capacity not to tax at all. All government spending can be accommodated issuing its currency out of thin air. Taxation, nonetheless, is a necessary component of a fiat currency.

While being a necessary tool to give a currency value, today, taxation is just one economic tool used by government to control inflation by removing excess money from circulation.

Myth-buster No. 4: Issuing currency out of thin air, is, of itself, not inflationary. The most recent examples of US bank bailouts, and QE in the US, the Eurozone and the UK demonstrate this to be true.

Myth-buster No.5: Full employment, i.e., a job for everyone who wants one, is not a myth. It is what underpins a nation’s full capacity to produce goods and services that people all over the world want to buy.

Myth-buster No.6: Any person claiming that measures such as these are likely to cause economic collapse, create widespread poverty, wars, pestilence and the end of capitalism and therefore mankind as we know it, is either lying or ignorant or both. These measures do the opposite.

Myth-buster No.7: Unemployment can be as yesterday as a Windows 95 operating system. Government can provide a job for everyone who wants one, with a living wage to boot. It has the all the resources necessary to restore equal distribution of wealth, create opportunity and consequently, raise living standards.

What does all this mean in the context of an upcoming election? It means that politicians who claim that such projects as the NDIS, the NBN, the education of our children, the provision of a state of the art health system, an inter-capital city fast rail or the capacity to care for the aged are all subject to spending constraints, are lying to you.

Any politician who says austerity is necessary to balance the budget, is lying to you.

Any politician who tells you that such measures will cause a spike in interest rates or that interest rates and inflation will spiral out of control, is either lying, is ignorant or both.

All these projects can be funded without taxation revenue and without the need to borrow. Furthermore, any politician who suggests that reducing unemployment is conditional upon the private sector recovering, is also lying, ignorant or both.

Any politician who tells you that such measures will bring about an end to world stock markets, currency trading, derivatives, bond issuance and other such gambling houses is also lying, ignorant or both.

In the words of Beardsley Rumi, former Chairman of the Federal Reserve Bank of New York, when he addressed the American Bar Association in 1944:

“Final freedom from the domestic money market exists for every sovereign national state where there exists an institution which functions in the manner of a modern central bank, and whose currency is not convertible into gold or into some other commodity.”

Anyone who disagrees with any of the points raised above, is either trying to protect the already shattered integrity of the neo-liberal economic framework that began in 1971, a framework that protects the wealthy at the expense of the broader community or, they are ignorant and blinded by their own wealth creation goals.

This is the message that should be spread, as far and as loud as possible, throughout 2016, pre and post-election. And you will hear it from me, relentlessly.

So, if those who take up the challenge are successful, at least, on this occasion, when we do go to the polling booth to cast our vote, we will be better informed and aware of who is telling us the truth and who is not.