It is just a few days before Christmas and probably not the best time to be warning people of impending doom, but then, when is a good time? The world is in a precarious position right now, brought into sharp focus with the sudden and dramatic fall in the price of oil.

At its current price of $60 US per barrel, down from $115 US in June, oil could be the tipping point for a worldwide stock market crash in 2015, one that would be more severe and more devastating than the 2008 GFC. The current price might be great for consumers but definitely not for exporters like Russia.

There are a number of critical factors apart from oil that could bring such a calamity upon us and they are now very much in place and aligned. We are not yet in a housing bubble but for the last two years prices have been increasing at excessive rates and fuelled by very low interest rates.

Currently, the average mortgage for a home loan in Australia is $443,000 but mortgages of over $500K are now considered normal. Credit card debt is higher than at any previous time. Just in Australia, credit card debt is currently in excess of $50 billion including $35 billion of accrued interest. Insolvencies, bankruptcies and debt agreements are all higher than ever.

While reading this you might be tempted to think, ‘so what, I’m alright’, to which I would reply: read on.

The U.S. Stock market has reached 17000 points and is now 137% higher than its post GFC lows. It is seriously overvalued. Major investment companies in the USA have used QE (Quantitative Easing) credit from the banks to speculate in the stock market, thus pushing up the index.

Many major US corporations including Apple and IBM, are mis-using QE money that should be going to value-adding projects that accelerate growth. Instead, they are taking advantage of near zero interest rates and diverting this money to buy back their own stock artificially pushing up its value and with it, senior executive’s bonuses and stock options.

This is where active and agile investing becomes very lucrative for the few and quite risky for the rest. This is how the rich can move in and self-propel the market, effectively stalling growth projects that create real employment. Upward stock movements then attract further speculation by superannuation funds where much of the average employee’s money is stored. Can anyone see the parallels with the sub-prime housing bubble of the early 2000s?

To add fuel to the fire, the Russian Rouble has collapsed as a result of the drop in the price of oil forcing interest rates to jump from 10% to 17% overnight to attract investment. This is what can happen when a country is primarily dependent on one source of external revenue. In the meantime, western governments are continuing to apply crippling sanctions in response to Russian interference in Ukraine. 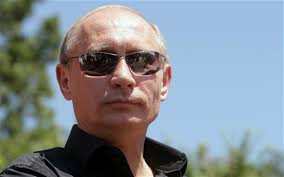 The Russian economic crisis can play out in one or two ways. As conditions become tighter and tighter the Russian people may turn on their presently popular leader, Vladimir Putin, or Putin might get in first and create an armed conflict to galvanise the country. Either way, the Russian economy will continue to deteriorate for some time yet. Unavoidably, its effects will gradually spread to the Eurozone,

Meanwhile, the European Central Bank (ECB) is applying pressure on delinquent states (Greece et al), to deal with what they perceive as unacceptable levels of debt. At the same time it is pumping billions of Euros into the banking system to encourage growth. This is creating fiscal imbalances within the Eurozone that can only lead to further inequality; for both member states and individuals.

Japan has driven itself into recession through the mismanagement of its ongoing stimulus program. It recently increased sales tax at the same time as a stimulus measure and almost immediately the economy halted. They have since showed negative growth two quarters in a row.

China’s private sector is now in recession and the government has warned it will not save them in the event of their failure. They will, however, prop up government owned businesses in the event of full blown recession. Their short term interest rates are now at 25% and the country is facing a severe credit crisis. Their stated growth rate (around 7%) is probably not true.

All these factors are aligning to a point where a worldwide recession is imminent. When people fear that something bad is about to happen, they stop buying non-essentials and begin stocking up on essential items. This is already happening now in Russia, Europe and the US.

Sooner or later, major manufacturing companies across the globe will experience serious falls in demand, they will begin laying off workers, stock prices will start to fall, panic will set in on Wall Street and the whole house of cards will begin to collapse.

Banks will call in loans, companies will go to the wall, and unemployment will soar. The real estate market will collapse, foreclosures will be widespread and poverty will be redefined to include what was once the middle class.

When this happens we can be sure of one thing. Banks, too big to fail, will again be protected. The excessively wealthy will come out of it relatively unscathed and the resultant greater inequality that follows will cause civil unrest the likes of which most people today have never seen.

Whether 2015 is the year these economic imbalances will converge with political uncertainty to create a perfect storm is a matter of conjecture. But be assured the clouds are gathering. No one knows when the conflicting forces will create a chain reaction. But wiser economic minds are sure they will. 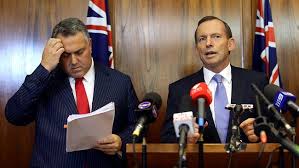 The stage is set for a worldwide shattering doomsday crash. It could happen next week, next month or any time in 2015. All it needs is a trigger to set it off. That could be anything from an armed conflict, the collapse of a major corporation or an unexpected natural disaster.

And here in Australia, our government won’t have any idea how to deal with it.

It’s something to think about over Christmas dinner.