Really! Treasurer Joe Hockey is becoming as adept as Tony Abbot at putting the proverbial foot in his mouth.

That Joe should be looking so far ahead, and be concerned for someone in the year 2165, is touching. Perhaps he is thinking of his own grandchildren, not yet born, who will have to work until they are 120 to enjoy the luxury of retirement.

My advice would be to ensure you include that prediction in your memoirs to show that at least you were thinking of them. But I wouldn’t spend any more time on it than that. You may rest assured that life in 2165 will be vastly different from ours today and such trivial matters as retirement will not be getting too much attention. Feeding them, yes. Retiring them, no.

While speaking with Neil Mitchell on 3AW this morning Joe explained how his son had broken his leg over Christmas and after several consultations and X-rays, he only had to pay $40 for a waterproof cast. Wow, that much? 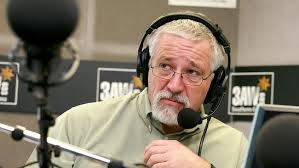 “That’s wrong,” Joe said. “The fact we are living longer is great news. It’s kind of remarkable that somewhere in the world today, it’s highly probable that a child is being born that is going to live to 150. That’s a long time.” Yes, it is, Joe. It’s certainly longer than you or I will live.

However, I hope you also took note of the quality of the service your son received at what I presume was a public hospital. If you felt that as a high income earner you were paying too little, then why don’t you abolish the private health insurance rebate, and raise the Medicare levy for high income earners so that the quality of service you received can be better funded?

“The question is how we live with dignity and ensure we have a good quality of life the whole way through. This is the conversation we are going to have with Australia over the next few months,” he added. Well, if you continue trying to cut Medicare funding, you should be more concerned about the good quality of life we have today instead of worrying about the state of things in 2165.

Trying to make us feel guilty about what we pay today compared with the state our hospitals in 150 years tells me that you are not living in today’s world, that you are not in touch with today’s people, except of course, the high income earners for whom $40 is not even a drop in the ocean. 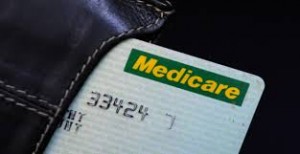 You should not have paid anything for your son’s accident. Your Medicare levy should have covered it. If you think paying $40 was wrong, then perhaps you should increase the levy to 3% for high income earners. That way, you might share the burden more equitably with those on lower incomes who pay the same rate you do.

If you are, as you suggest, planning to have a conversation in a few months about the health prospects for the nation in 150 years’ time, I don’t like your chances of cutting through. Most of us are struggling enough just getting through today.