“Economics. The romance of truth through measurement.

“An understanding of the value of economics can best be established by using its own methods. Draw up a list of the large economic problems to have stuck the West over the last quarter century. Detemine the dominant strand of advice offered in each case by the community of economists. Calculate how many times this was followed. (More often than not it was.) Finally, add up the number of times this advice solved the problem.

“The answer seems to be zero.”

From “Capital in the Twenty First Century” by Thomas Piketty:

“To put it bluntly, the discipline of economics has yet to get over its childish passion for mathematics and for purely theoretical and often highly ideological speculation, at the expense of historical research and collaboration with the other social sciences. Economists are all too often preoccupied with petty mathematical problems of interest only to themselves.”

“My child has just told me that you have been hitting him with the broom. Is this true?”

“But that’s no reason to hit him with the broom.”

“He’s soft and lazy and won’t pick up his things. He needs to be hit – it’s good for him.”

“And I’m the housekeeper.”

“That doesn’t put you in charge.”

“Look, you convinced me that a man would make a much better housekeeper than a woman, because woman were less methodical and too emotional, and so I sacked my previous one and appointed you on the understanding that you were going to do certain things.”

“Well, if you’re not happy with my work, then you don’t have to renew my contract.”

“Yeah, just on that. You promised that you’d look after my mother as well as your other duties.”

“Well, you’ve got her weeding the garden!”

“A bit of sunshine’ll do her good.”

“You said that you’d look after her, not put her to work. And you also said that you were a nurse who could administer first aid.”

“If people can’t make a small contribution to their own first aid, I don’t see why I should have to do anything.”

“What do you mean by small contribution?”

“Take themselves to the doctor. Or better yet, not get hurt in the first place. First aid only encourages people to needlessly hurt themselves!”

“Yes, but I hired you on the understanding that you’d not only look after the house, but take care of my mother, help my children with their schoolwork and administer first aid. And you said that – because you’re a strong man – you’d be able to do it all for less than my previous housekeeper!”

“Well, you aren’t doing any of those things. And as for the library…”

“What about the library?”

“You said that you’d get my books in order. That they were a mess.”

“That’s right. That was my over-riding promise. The others don’t count.”

“Well, I just had a look in there and you’ve pulled even more books off the shelves.”

“Yes, I’ve had to put them there in order to sort everything out.”

“But why have you put so many of them in the bin, and put prices on the rest?”

“Well, how else will the buyers know what to pay?”

“You’re planning to sell my books? Why?”

“So that they don’t get in a mess again!”

“But you promised that you’d sort them out.”

“And I will. But I’m reducing them to ten books so they’ll be easier to keep track of.”

“I have hundreds of books.”

“It’s all right – when they’re sold, I intend to share some of the proceeds with you.”

“Well, it was my idea wasn’t it? And I’m selling them to my brother so I can be sure that you’ll get a fair price. You’ll thank me for this one day. Just like you’ll thank me for giving that lazy child of yours a few beatings…”

“But you lied to me when you went for the job.”

“Not about anything that actually matters.”

“I want to check the books before you throw any of them out or sell them.”

“Sorry, but that’s just going to slow things down.”

“Don’t say anything you’ll regret. Just calm down and think about how bad things really were before I took over.”

“I’m not sure they were that bad.”

“They were – trust me. If you can’t trust a person saying ‘trust me’, who can you trust? We’re all in this together, after all. In fact, I don’t even think you need to give me that pay rise I deserve for doing such a sterling job. Just freeze my wages for the next twelve months, ok? You can give me the back pay on the freeze then.” 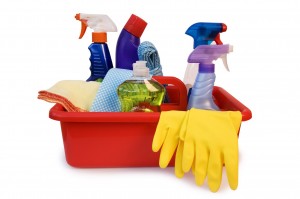