If ever a week in politics supported a headline it was the week that Gough Whitlam died. In the main the death of this undeniably charismatic, but gifted man was met with sadness by both supporter and foe alike. The exceptions who didn’t were Bolt and Jones. Yes, the two who write and comment outrageously on the basis of payment for controversy didn’t but eventually they will pass on as Gough did.

They will be quickly forgotten but he will go down in the annals of Australian history as a decent, sanguine, passionate and sagacious Prime Minister who made an enormous contribution to Australian society.

Something they could never aspire to do.

Yes the week was filled with controversy that only a government devoid of any semblance of leadership could muster. 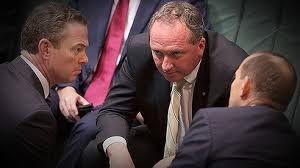 In Parliament the Agriculture Minister Barnaby Joyce (the probable deputy PM if Abbott wins the next election) got the details of how many Australians have received drought assistance completely and utterly wrong.

Shadow Agriculture Minister Joel Fitzgibbon called him out but as you would guess, Bronny Bishop ruled he didn’t have to answer. It wasn’t until early evening he skulked back into the chamber and quietly corrected his answer. It’s hard to explain what Barnaby said. If you can decipher it you deserve a medal.

Anyway, on Tuesday of this week he got a whiff of his own ineptitude and tried to change the official Hansard record. Then the Government for a Royal Commission into anything Labor did refused to hold one into the Commonwealth Bank of Australia as part of its response to a landmark Senate inquiry. This is one of the worst scandals in Australian corporate history. It has ruined the lives of thousands of people but the government’s approach seems to be to let financial planners proceed as if nothing has happened.

During all this the boss of the corporate regulator, ASIC said.

‘’Australia is too soft on corporate criminals and increased civil penalties including more jail terms are needed.’’

“Australia is a paradise for white-collar crime.” He said.

On Royal Commissions that are politically motivated John Howard had this to say.

“I’m uneasy about the idea of having royal commissions or inquiries into essentially a political decision…”
“I don’t think you should ever begin to go down the American path of using the law for narrow targeted political purposes.”

Abbott obviously believes in the total obliteration of one’s opposition and will even provide cabinet papers if he has too.

In senate estimates we heard from treasury officials that the Prime Ministers Paid Parental Leave Scheme has ground to a halt. According to senior insiders, it is in serious trouble and loathed by virtually every minister in cabinet.

Our Prime Minister once again showing that he is incapable of governance for the common good. 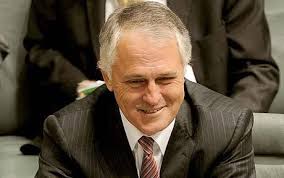 In the midst of all this we had talk of Malcolm Turnbull replacing Hockey as treasurer.
“It’d be a game changer,” one minister summarised. No one disagreed with the soundness of the idea. True, he would bring competence and authority to the Treasury portfolio. He has the ability to articulate a message clearly and forcefully.

But the mere suggestion that this might happen is a reflection of the total incompetency of this Abbott led bunch of out of touch morons. 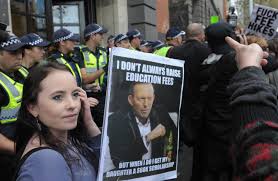 We were greeted with another headline that the whistle-blower Freya Newman had had her sentence deferred until November. Did she break the law? She did, but in so doing revealed yet another instance of the Prime Minister’s use of his office for personal gain further defining his personal lack of integrity. As if it could degenerate any further.

The curriculum taught in our schools never seems to go away when conservatives are in power. For its review the coalition appointed its usual array of religious zealots and those of indigenous indifference, all sympathetic to the government’s point of view. But this time one of the appointees, Professor Barry Spurr, further advanced his expertise in all things conservative with some emails that could only be describes as indecent. He said they were part of a ‘linguistic game’. Ah the games people play.

Perhaps the PM might consider some people of independent mind for future inquiries instead of the usual hacks.

But there’s more. It was a long week. 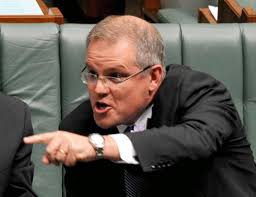 It seemed that Scott Morrison wanted to be the minister for everything. When interviewed on AM he denied that other ministers were resentful of him trying to take over part of their portfolios. But members of the press gallery confirmed it.

When asked in question time how his portfolio crossed over with Foreign Affairs, Defense, Agriculture, Health, Defense, Attorney-Generals and Prime Minister and Cabinet it wasn’t only the Labor side of the chamber laughing at him.

But Bronny Bishop ruled he didn’t have to answer.

And to add to the weeks worries the Government still cannot get its budget passed. To quote Lenore Taylor in the Guardian. 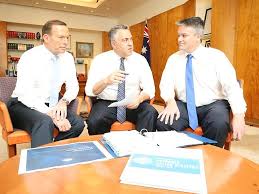 The Abbott government’s “Operation Budget Repair” appears to have morphed into “Operation Let’s Salvage What The Hell We Can”.

Kevin Andrews said he would consider “any reasonable offer” from crossbench senators in a last-ditch bid to get at least some of his $10bn in stalled welfare changes through the Senate. On top of that there is the fuel excise, that Medicare co-payment and the dramatic changes to higher education. What a bloody nightmare. It’s a pity Abbott doesn’t have the negotiating skills of Gillard.

He and Joe have never been able to admit why the electorate so comprehensively rejected the budget? We all know that the savings fell heaviest on those least able to pay. Now they are saying they will reveal more in the mid-year budget update. This can only mean more unpopular cuts. Or a mini budget.

The Essential Poll during the week found 72% felt the cost of living had become worse in the past 12 months and 48% believe that over the past two years their income has fallen behind their cost of living. That figure rises to 57% for those earning less than $1,000 a week.

It was the worst received budget in many decades. Spending cuts have to be fair, and be seen to be fair, but people also need to understand the overall plan, the purpose, dare we call it the program.

Later in the week when talking about Federal and state responsibilities Abbott said.

I would have thought a good place to start would be to stop telling lies. Having appointed a group of climate deniers to report on the Renewable Energy Target and Tony Abbott wanting it removed altogether the government, in the face of public opinion, now finds itself in a dilemma. It wants to compromise on the 20% target saying electricity usage has already declined. Shorten should not fall for that nonsense. Add in their ridiculous Direct Action policy and you can see we have, in spite of their various university degrees, a bunch of dunderheads governing us. Perhaps I should have said dickheads.

To be honest I could go on for another couple of thousand words but I’m exhausted. I haven’t mentioned Bishops aspirations for leadership, the credit card negotiations with the banks on welfare payments and fact that his sisters have joined the chorus of condemnation for a privately owned aged-care facility on public parklands at Middle Head.

Then there’s the criticism of the proposed Medibank float that has been described as laughable. Oh, then of course reports that Chrissy Pyne was backing down on his university policy. He said he wasn’t but then I’m not that sure he would know himself.
Goodness I have left out the most serious issue of Ebola. The government’s response has been abysmal to say the least. Just another example of their ineffectiveness. The AMA was right to give Abbott a serve.

In an effort to sound amusing and to allay the fears of those who think I am being overly negative I will close with this. “I promise this is true”, said Tony Burke: “Greg Hunt, is the man who some people refer to as the Environment Minister.

In Opposition he advocated for the protection of the Tasmania Tiger, extinct since 1936. In Government he’s turned his attention to the Antarctic Walrus – population: zero. Walruses live in the Northern Hemisphere”.

Oh wait, bugger I almost forgot. Were you also aware that Catherine King exposed how it would soon cost up to $2,207 for someone to have their liver metastasis diagnosed? Tony Abbott refused to say how many people will miss out on being diagnosed as a result of the hit to imaging and diagnostic services.

But the week did began with the Speaker announcing she would not continue with the policy of segregation which had been announced as Parliament rose a fortnight earlier.

Hopefully we can now go back to segregation being something kids learn about in the courtroom scenes of To Kill a Mockingbird not during their excursion to Canberra.

The final word for “A week is a Long Time in Politics” must go to Newspoll which had the Opposition six points up on the Government without so much as them striking a blow.