Fancy donning a VR headset and taking a journey through deep geological time? From today it’s possible, with the launch of a 360-degree virtual tour of the 600-million-year-old Flinders Ranges in South Australia.

One of Australia’s most captivating landscapes can now be explored virtually, thanks to a University of South Australia project that documents the geological and cultural significance of the Flinders Ranges.

Led by UniSA geologist Professor Tom Raimondo, the project is supporting the SA Government’s bid for World Heritage status of the region, expected to be submitted in 2024.

“The launch of this immersive virtual tour marks a significant step towards opening the Flinders Ranges to the international community,” Prof Raimondo says. “Ultimately, UNESCO World Heritage status will allow it to stand alongside icons like the Great Barrier Reef and Yosemite National Park.”

“The Flinders Ranges has a remarkable history, cultural heritage and scientific value. It is home to our earliest animal ancestors, the Ediacaran biota, and we’ve unlocked half a billion years of the story of life through the power of virtual reality. Now, anyone from across the globe can see why this landscape is so special and unique.”

The virtual tour takes viewers on a flight over rugged mountain ranges, discovering how Ikara (Wilpena Pound) was formed; transporting viewers underground through historic tunnels to experience the challenges of early copper miners; and including a virtual swim on the Ediacaran seabed, home to the first animals on Earth.

The Ediacaran fossils are unique to the Flinders Ranges and a key element of the World Heritage nomination.

From 2023, South Australia’s school children will become very familiar with their significance, learning about these incredible fossils as part of the Year 8 science curriculum. 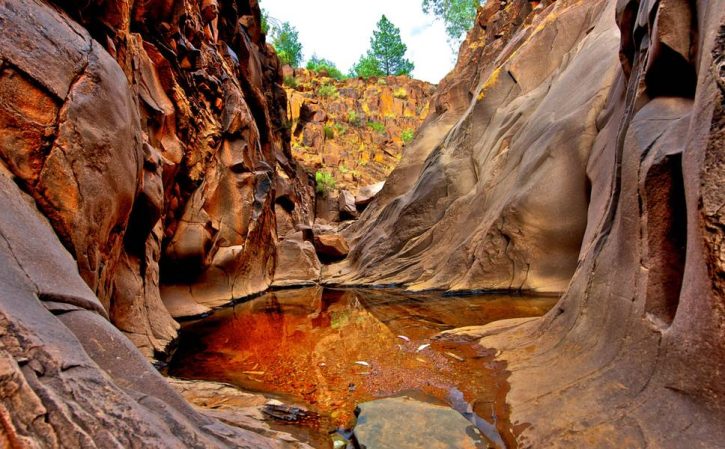 “We have worked with the South Australian Science Teachers Association, the Department for Education and the Ediacara Foundation to produce content for this new resource that is drawn from the virtual tour.

“Students will be able to view 3D reconstructions of the ancient animals and virtually swim through their seafloor habitat. It will be the next best thing to bringing 600-million-year-old fossils back to life, and hopefully inspire a new generation of budding geologists to follow in the footsteps of Douglas Mawson and Reg Sprigg.”