When one analyses the government’s general performance thus far, it is easy to form the impression that they are so focused on, and beating their chests about, stopping the boats, they haven’t noticed that the current polling puts them out of office in 2016. A disturbing feature for the Coalition is that these polls override the government’s boats’ policy and renders its treatment of refugees irrelevant. Scott Morrison’s brutal statements via video which were produced as a deterrent for those in detention reflect not just his vicious and malevolent approach but reveal a dark and sinister government intent not just on stopping boats but also applying mental torture as well.

His refusal last week to confirm the presence of two boats allegedly containing 203 Tamils being intercepted by the Australian Customs is further evidence that he and the government have lost any sense of morality and think that stopping the boats is all they need to win the next election. How wrong these ugly Australians are.

In the video Morrison warns asylum seekers: “If you choose not to go home then you will spend a very, very long time here and so I urge you to think carefully about that decision and make a decision to get on with the rest of your life.” This is tough, uncompromising talk indeed and bullying by any other language.

When asked about the recent boat interceptions he said, “A boat hasn’t arrived — let’s be quite clear.” This approach by Morrison was utter arrogance to say the least. All subsequent attempts to seek answers from other members of the government were greeted with their robotic, pathetic mantra, ‘we don’t comment on operational and water matters.’ 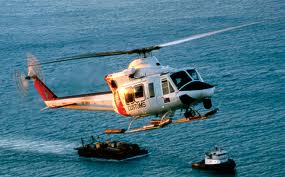 The arrogance of this minister is mind-boggling. Not only is the level of secrecy unprecedented since the Second World War, it is counter-productive. Well we remember John Howard’s 2004 election campaign slogan which began with, “Who do you trust….” Somehow that slogan must have helped him and the Coalition across the line then, but they wouldn’t want to try it today.

A recent Essential poll found that while the most trust we have today is with the High Court of Australia followed closely by the ABC, the level of trust we have for political parties is at the bottom of the survey at only 2%. And that is precisely where they deserve to be. Labor, despite their appalling coalescence with the current boats policy, were at least upfront with what was happening with boat arrivals and reported it regularly. Such trust and honesty toward the Australian electorate did not work to their advantage. That, sadly, says more about the duplicity and collective ignominy of the electorate than it does about Labor’s honesty.

But now, Scott Morrison has finally released at least part of the story about the boats’ interception and one suspects he will be beating his chest with delight. We can only hope his actions in this matter and that of this government will come back to haunt them both.

We can only hope there will be international repercussions over this unprecedented abuse of human rights. Tony Abbott’s much repeated claim that the government has always acted in a manner consistent with its international obligations is no longer trustworthy and masks a dark victory reminiscent of John Howard’s Tampa.

Abbott must be feeling very smug. His three word election slogans have prevailed. That, of course, is no comfort to the 41 asylum seekers returned to Sri Lanka who will now, most likely, face arrest and charges for leaving Sri Lanka from other than an official port. And what of the remaining 153 who have remained on board Australian vessels? Will it be Nauru or Manus and another opportunity for Morrison to show his video?

At the time of writing, the High Court, that institution Australians trust above all else, has just granted an interim injunction preventing any further transfer of asylum seekers by Australian Customs. This ugly story is yet to play out.

No doubt Abbott’s 37 spin doctors employed to manage his media performances will feed the Murdoch press with all the misinformation they can tap out on their keyboards. We can only hope it won’t work.

When the real stories begin to emerge from Sri Lanka, as they no doubt will, can we also hope the collective conscience of the nation will be sufficiently stirred from its disgraceful ambivalence? Perhaps not. We have to remember that Scott Morrison has 97 spin doctors and they also have Murdoch in their stable. So we can anticipate that, for the time being, with a hapless and complicit Labor and an ineffectual Greens and PUP, we will see continued human rights abuses. Doubtless the ABC, Fairfax and The Guardian will continue to investigate this outrageous act of moral bankruptcy but will anyone be willing to listen?