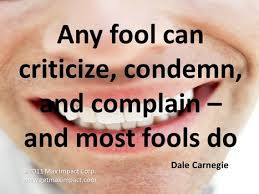 OK, I know it’s obvious, but I want to know why Justice Heydon can say that there was absolutely no reason for him to disqualify himself for accepting an invitation to be the guest speaker because – as he points out in his sixty seven page justification – it doesn’t demonstrate that he agrees with the politics of the organisation where he’s going to speak.

So there’s no problem with him accepting the invitation. Got it! Except now the question is why he felt that he had to change his mind about speaking there. It might be perceived as bias. But now his ruling on apprehended bias is that a “rational” person wouldn’t see it as bias.

I guess, from that, one could infer from that as Heydon decided to change his mind about speaking then he isn’t a “rational” person.

We also learn that Justice Heydon is famous for not reading emails.

Which seems a clear link to the Liberals who have a reluctance to read anything (as Kaye Lee pointed out in “Less Shovels And More Reading” a few days ago).

While not reading emails or anything going to their office has been a popular pastime for Liberals since Peter Reith and the children overboard fiasco, I suspect that it may become popular for unionists in the coming days.

“Sorry, Justice Heydon, but I’m well-known among my colleagues for not reading emails, opening letters, checking bank statements or anything else you wish to question me about. I wasn’t aware of any of this and I don’t see how any rational person would expect me to keep track of what I’ve been doing when – as a union leader – everyone knows that I’m a bludger who never does anything but wage war on those poor multinationals who are providing jobs for Australians as part of their charity program.”

But I’m more concerned about the Fairfax “jihad”.

Yep, that’s right. Minister for Not Reading Press Releases, Mr Peter Mutton told everyone that Fairfax were waging a “jihad” against the Abbott Government. Which if you look up almost any definition of the word, is a wee bit confusing. For a start, surely they need to be Muslims to wage a “jihad”. Although Waheed Aly does occasionally write a column for them, so perhaps he’s converted Amanda Vanstone and Peter Reith to the cause. And Paul Sheehan. None of those columnists ever show the Abbott Government in a positive light.

Yes, yes, I know. Allowing such people to give you their thoughts does make the Abbott Government look bad. Anyway, the Petester wasn’t finished, obviously concerned that he didn’t have anyone at “hello”. Or “jihad” for that matter.

PETER DUTTON: I think it would be helpful if some of the commentators in the area, in this space of politics, started reporting on the incidents, as opposed to being players themselves.

I think there’s a huge move by Fairfax at the moment to try and bring the Government down, that’s fair enough. But they aren’t, they aren’t….

They aren’t supposed to be political players, they’re supposed to be objective reporters of the news and I think many of them have morphed into frustrated politicians themselves.

Although I seem to remember that we were told that News Limited were a private organisation and that they were allowed to be biased. Fairfax, on the other hand (sorry Andrew Hastie but that wasn’t directed at you!), should stick to reporting the facts because, well, they’re being “helped by the ABC” according to Pete the Insignificant.

But I find it strange that he thinks that “commentators” should stick to reporting “incidents”. I thought the whole idea of commentators was to commentate, but I’ve always been a bit funny about words and their meanings. You know, I’m one of those that thought that when Abbott said that there was no difference between him and Rudd on Education, I thought that meant that he was saying that he’d implement the same policy, not that they both had a university degree. Or that no cuts meant that he wasn’t going to reduce the funds to pensioners, not that he wasn’t going to take a knife to them.

Still to be fair, all our Minister for Operational Matters actually said was that “it’d be helpful” if they stuck to reporting incidents. Objectively. You know, factual reporting. Using last Friday’s events maybe he’d be happy with something like this appearing in Fairfax.

“Operation Fortitude was called off when a clumsy worded press release caused people to compare the Abbott Government with Hitler and Stalin and to make comparisons between the Border Force’s black uniform with the Nazi SS. The press release wasn’t read by the Minister’s Office because they don’t have anything to do with the day to day operational matters, so they didn’t think that it was worth reading something sent to them. The Prime Minister assured us that he knew nothing.”

Yeah, that should make him happy.

That, and a decision by the media to stop reporting that there’s disharmony in the Liberal Party, because it’s not really news. People leaking. As Dutton himself told us, people could have a pretty good idea who was doing the leaking, and they’re doing it for their own ambitions and they should be sacked. But there’s no disharmony, and any attempt to report disharmony is just due to the Labor/Green/ABC/Fairfax/socialist/Jewish/alien/Islam/foreign/World Trade Centre conspiracy to bring down the natural rulers by refusing to mention that all they think about is Jobs and Growth And Security, and if you think about something often enough, then it happens. We all know that, we’ve all seen “Field of Dreams” and we know that if we build it they will come.

Mm, perhaps I should apply for a job as Tony Abbott’s speechwriter.