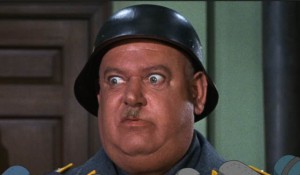 ‘In an interview with Fairfax Media in Boston, Dr Lomborg confirmed he had met the Prime Minister and Mr Pyne, Julie Bishop and Andrew Robb, but he dismissed as “internet conspiracies” questions on his attendance at international forums at which he might have crossed paths with the ministers.

“It’s part of my job to raise funds, so I make proposals to whoever I meet,” he said. “But there’s no way I can have conversations with these people and then reveal what was said.

“There’s nothing unbecoming, but it’s a part of my job not to talk about this.” ‘

Dr Lomborg, as many of you are now aware, is responsible for setting up a “Consensus Centre” at the University of Western Australia. I think that just about everyone can agree on that. Once we move away from that basic statement, there seems to be less of a consensus.

For example, a few days ago we were told that it was the University’s idea to invite Mr Lomborg, and that the Federal Government was contributing part of the cost to set it up. A mere $4 million, and that the university would stump up another few million, and then people who believe that consensus is important would be putting in the rest. However, there have been reports that it was all Tony Abbott’s idea and that the university wasn’t going to put in any money. Not only that, people donating to make this a reality, only like consensus when everyone agrees with them. So, it looks like there’s already a lack of consensus around The Consensus Centre, and it hasn’t even been created yet!

But it was good to read that part of Dr Lomborg’s job is “not to talk about this”. And by “this”, he means the conversations he has with people about raising funds. After all, people who contribute funds to things wouldn’t want this known because it might lead to criticism if The Consensus Centre finds itself in consensus with the people supplying the funds.

This sits very well with the Abbott government who have have taken the Liberal philosophy of not talking about things to a whole new level. A few years ago, if was just “commercial in confidence” deals where the public wasn’t allowed to know how much of their money was being spent. Of course, both parties reasonably argued that Cabinet should be exempted from Freedom of Information because they had a right to discuss things without the fear that their deliberations would be revealed. (Although the Abbott Government decided that the previous Labor Government shouldn’t be given this protection.)

Now, of course, we have “Operational Matters”. Which means that it’s part of Peter Dutton’s job not to talk about anything happening on water, while another important part of his job is not talking about what’s happening in detention centres because it would be breaching the human rights of the asylum seekers if we given information about how many times their human rights had been breached. It’s also part of his job to assure us that the government is doing a wonderful job stopping boats from coming here. Or rather, stopping boats from arriving here, which is only slightly different, but it’s something about which I’m sure that there isn’t a consensus and worth discussing. But not with someone, like Mr Dutton, whose job is mainly not talking about things.

Dutton was a natural choice to be Minister for Stopping the Boats, as he’s shown that he is a master of not talking about things. While Shadow Minister for Health, he asked a grand total of seven questions about Health, but as all of these were to his doctor, and none were in Parliament this didn’t disqualify him from becoming a Cabinet Minister.

So the Liberals have found $4 million to establish a Consensus Centre. Will Dr Lomborg’s “not talking about things” extend to the following:

Of course, when it comes to Christopher Pyne, he too qualifies for a position as one of the Liberal Party’s elite because, he not only doesn’t talk about things, but he often doesn’t remember them, as in the case of his dealings with James Ashby or whether he did or didn’t say that the states would get the Gonski funding in full. Not only does Mr Pyne not discuss things but as many you will remember from that wonderful interview, he won’t tell us what his plan is because, he wants to “surprise us”.

But that Malcolm Turnbull. He’s not a true Liberal because insists on talking about things. Most often to journalists, which is fine because many Liberal politicians do that on the condition that they’re reported as “someone important in the Liberal Party”, which gives them confirmation that they’re “someone important in the Liberal Party”. But Malcolm isn’t content with that. He insists on talking about things in public. And doesn’t acknowledge that the only reason for Cabinet Ministers to make statements in public is to talk about the Labor Party.

Take Joe Hockey and the Budget Deficit. Please! (Ok, it’s a silly joke, but so is the Abbott Government.) We were told that they’d get back in surplus. Now that it’s not happening, the Liberal response is to say that it’s harder than they thought because although they said that Labor had plunged the country into enormous debt, they weren’t aware that Labor weren’t telling the truth when they said things weren’t as bad as all that, and they were expecting to inherit an economy where iron ore was at historically high levels, so the financial position was so bad that now all they can promise is to reduce the size of the deficit. Or, as Joe Hockey clarified in a tweet, to reduce the size of the deficit relative to GDP. After the next Budget, the plan is to not talk about it, so Mr Hockey’s interviews will go something like this:

“Mr Hockey, you promised to bring the Budget back to surplus…”

“Now, hang on, it was Labor and Wayne Swan who did that. We only ever promised to be responsible economic managers.”

“But didn’t you say that you’d reduce the size of the deficit?”

“And we have, The deficit is much smaller than if Labor were still in power, because they don’t know how to manage an economy, but I’d rather not talk about the past.”

“So what do you see as the government’s priorities for the next twelve months?”

“Look, it’s not my job to talk about that. I’m here to convince you on the need for change. And to remind you that every time you tax something, you’re taking someone else’s money and when you do that it’s called stealing and stealing is wrong, so we don’t believe in taxation because it’s only by reducing taxes that we’ll get the economy strong again and then we’ll have a Budget surplus at some future date, but not if Labor get back in power.”

“Look, I’ve already said too much about our Plan, but if you’re just going nitpick over the finer details of how things will work and not look at the bigger picture, then maybe we should just send you to Dr Lomborg’s Consensus Centre, so you can get on board and not be so negative.”

But I think the man really going places in the Liberal Party is the Minister for Not Talking About the TPP, Andrew Robb. He told that he believed a deal was likely to be struck by mid-March, but when it came to the detail, he reached a whole new level of Liberalspeak when he said that while he was opposed to an increase in medical patents, he couldn’t rule it out, adding: “As soon as I rule one thing in or out then we get into — there’s thousands of decisions to be taken.”

Still Tony Abbott’s long silence in that infamous Channel 7 interview after being asked about his “shit happens” response to the death of a soldier is what qualifies him as the Leader of The Government whose philosophy can be best summed up in three points: