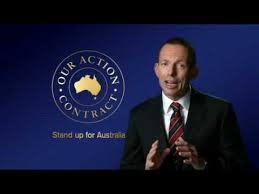 “Let’s wait until we’ve got all the facts in before we come to hard and fast conclusions. But obviously it is the clear and settled position of the Australian Government that larger countries should not bully smaller ones, that countries should not aid people who are in rebellion against their own government and that international disputes should be settled peacefully in accordance with international law.”

Waiting for the facts, now there’s a change for a start. Ok, it didn’t stop him directly blaming Russia for this tragedy before the investigations even begin, but that’s a vast improvement from when he interrupted Question Time earlier this year to announce that the missing plane was on the verge of being found.

Still, it’s an excellent move that the Liberals are now adopting the policy that “larger countries should not bully smaller ones”! This will, of course, prevent our future involvement in such events as:

As for “aiding people who are in rebellion against the their own government” – apart from annoyance at the foreign countries who may have contributed to Clive Palmer’s wealth – this probably stems from the fact that Abbott – being English – is still upset over the American War of Independence where tea was tipped into Boston Harbour, while colonials dressed as Native Americans chanted, “No taxation without representation”. The current Tea Party have drawn their name from this event, but left out the word “Boston” from their name. Similarly, in order to achieve consistency, they’ve also left out the words “without representation” from their slogan.

Now, I know some of you will object to me calling Mr Abbott “English” given that he’s lived here since childhood and that he took out Australian citizenship in his twenties. (And, as Parliamentarians aren’t allowed to be dual citizens, he’s clearly revoked his British citizenship – even though there appears no evidence of that.) However, when I complain about referring to Mr Murdoch as an Australian, I’m told that he’s born here so that makes him Australian, even if he has given up his citizenship. As Terry McCrann put it yesterday:

“In the 1960s Murdoch went to Britain, in the 1970s to the US, in the 1980s to the very different universe of Hollywood; that, and a lot more would, as they say, be and is continuing to be history.

But all through this dizzying roller-coasting cacophony of activity he never left Australia.

That’s obvious in business terms. NewsCorp is now the country’s unequalled private sector media player — bizarrely, challenged and increasingly confronted only by the nominally publicly owned but “their” ABC.

BUT he never “left” Australia in even more core personal terms. He always will be quintessentially Australian.”

So, I guess that Rupert is “Australian”; one might almost say that he’s “the Australian” – well, the only one whose opinion counts. (Who needs scientists when Rupert can tell us that the best way to deal with climate change is to build away from the sea?)  Of course, we just had the celebration of fifty years of “The Australian” – that newspaper which advocates free enterprise and not relying on handouts, while itself not actually making a profit in the fifty years of its existence.

Ah well, yesterday’s front page of another Murdoch Media Misinformation unit, assured me that Bill Shorten just doesn’t get that we have to find billions of dollars worth of savings while simultaneously celebrating the fact that the Carbon Tax is gone and we’ve removed a $9 billion impost on the economy. And we also want to get rid of that Mining Tax. Because if we get rid of taxes then that’s money that the government doesn’t have and Bill Shorten doesn’t seem to get that when you get rid of taxes like that you need to find spending cuts.

(Typical Labor. When it was announced last year that they’d require people to keep log books on their business-related leased cars, they didn’t understand that this would lead to the death of the car industry because apparently most people weren’t using them for business purposes and if you stop a business rort, that’s bad for the economy – stopping rorts by pensioners, parents, the disabled, the unemployed and anyone else who may not have voted Liberal, on the other hand, is a good and just thing. And let’s face it – any money you take from the government is a rort unless you’re someone whose leasing a car.)

Nevertheless, I can’t understand why – even if they still try and remove the spending associated with it – the Liberals are so concerned with removing the Mining Tax, because, after all, it’s raising so little money, it could hardly be a disincentive to investment. And given some of the things that have been cut because of the “dire emergency”, you’d think every bit would count.