Since I was a young girl I believed I lived in a world where my gender made no difference whatsoever. I was raised to see myself as a person whose worth was measured by my deeds, my achievements and my failures.

As I grew older I continued to see the world through this lens. As a someone who attended a girls only private school those teachings were re-enforced. The subject of whether or not I was in anyway less capable or deserving than my male counterparts was so unheard of that it didn’t even bear mentioning.

While studying history I learnt about the long fight for women’s rights and their battle to be seen as equal in our society but to me that was all it was History. Even at university where I was introduced to a much deeper appreciation of the legacy that those who have come before us let behind I still saw it as something academic. I was introduced to the idea of feminism but STILL in my mind I thought of it as a word that encompassed what had been achieved NOT something we are still fighting for.

It was not until I entered the workforce that it became clear to me that there was still a subtle form of discrimination still in play. While it may not have been overt it was nevertheless still present.

I will never forget interviewing for positions once I was married and had a child and the very clear double standard of questions I faced. There was no disputing my qualifications or aptitude but I was often asked how I was going to balance being a mother and working at the same time.

I found myself having to explain the arrangements I’d made for the care of my son and reassure those interviewing me that it would not affect my work. My husband on the other hand was never faced with those questions and in fact it was deemed a positive thing as being a ‘family man’ he would be committed to providing for us and would therefor make a diligent employee. But still this seemed like something small and that over time this subtle discrimination would disappear also.

That has NOT happened, if anything it has become worse. Forget subtle discrimination there are those out there who do not even pretend to pay lip service to the idea equality in all areas of life. Something has happened that has led men [and I will point out here that it is only some men not all] to believe that discriminatory behavior and even violent acts are not something they need to apologise for or even attempt to contain.

This as a world wide phenomena but I have seen the rise of hate groups here in Australia that gain momentum at an alarming rate with little intervention from our government, with little comprehension by men and even worse the belittling of women by their own gender. For many women Feminism is considered to be an extremist idea that sets male against female when in fact it is meant to bring equality to both. This rise in Domestic Violence [DV] here in Australia over the past decade is staggering especially when you consider the fact that the most common cause of death or injury for women under the age of 45 is DV. Last year alone 79 women were killed by their partners and so far this year 4 women have been killed for the same reason. Yet funding for this atrocity is set at $25 million a year up until 2017 where it will be reassessed with the view to reduction as for some strange reason they believe they will be able to reduce domestic violence by providing less support.

In New South Wales alone, refuges for women and children are being shut down as the state government cuts funding in an efficiency overhaul intended to replace more expensive specialist services such as women-only shelters with generic services that experts say are less likely to be used by victims of domestic violence. As with pretty much everything else, shelter services in regional communities and indigenous communities are particularly vulnerable. Women and children in regional and rural communities, indigenous women and children and disabled people are much more exposed to the risk of domestic violence and still nothing is done. [care of Crikey]

Rose Batty, last years Australian of the Year, has be lambasted by men’s groups claiming her work in the field of DV has discriminated against men and some have even gone as far to say that they feel sorry for her husband. Now remember this is the man she left because of DV who then beat his son to death with a cricket bat in the middle of a park while she and others watched but sadly could not reach the boy in time. This is the level of discrimination and antagonism towards women that we are faced with today.

I wish to make it perfectly clear here that I am not denigrating the trauma that some men face nor do I wish to paint all men as ‘evil’ but too many men insist that we are making too big a deal out of DV and making other men feel guilty or ignored. However this culturally embedded misogyny has grown and the term Feminist has become an insult used against women who speak out and sadly it is both men and women who take that stance.

Our previous Prime Minister, who also named himself as Minster for Women was an outspoken and unrepentant misogynist who helped strip funding from much needed services. We sadly have few female MP’s and even fewer at a federal level and instead of being a voice for women some, like Julie Bishop, run down Feminism despite the fact that they would never have been there, let alone allowed to vote, if not for those feminists who came before them. 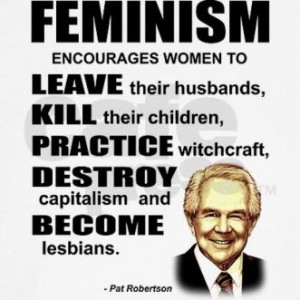 We see casual misogyny in the highest levels of government where Jamie Briggs, a cabinet minister was set down for sexist behavior but no action other than that taken. We have support for him from Peter Dutton in the form of texts lambasting female journalist for calling him on his behavior, describing her a ‘Mad Fuc*&^g Witch’, and just to top it off we now have our PM saying that he would see Briggs back on the front bench.

It is this attitude which has encouraged the worst of sexist groups to act as they believe they will receive little government intervention for their statements.

The most recent examples of this attack on women rights in Australia comes in the form of a group who call themselves The Return of Kings who are staging meetings here in Australia and in 48 other countries around the world on February 6th. The ideas and beliefs of ROK are based on neomasculinity. Here are a few of its principal tenets:

1. Men and women are genetically different, both physically and mentally. Sex roles evolved in all mammals. Humans are not exempt.

2. Men will opt out of monogamy and reproduction if there are no incentives to engage in them.

3. Past traditions and rituals that evolved alongside humanity served a net benefit to the family unit.

4. Testosterone is the biological cause for masculinity. Environmental changes that reduce the hormone’s concentration in men will cause them to be weaker and more feminine.

6. Elimination of traditional sex roles and the promotion of unlimited mating choice in women unleashes their promiscuity and other negative behaviors that block family formation.

Now they are not the first, nor will they be the last group who believe such things but what is extremely worrying is the lack of response on behalf of our Minister for Immigration AND the support they have received from men here in Australia and around the world.

When asked about Daryush ‘Roosh’ Valizadeh’s application to come to Australia to host these meetings his Dutton’s response to the ABC was:

A man who believes rape should be legalised has not applied for a visa, Immigration Minister Peter Dutton says, despite ‘Roosh V’ confirming plans to visit Canberra this weekend. But Mr Dutton has not ruled out stopping his entry into the country, stating he would continue to monitor the case. [ABC]

This is somewhat similar to his attitude earlier this year when deported US pick-up artist Julien Blanc’s mates planned an Australia tour. The massive social media backlash, accompanied by a petition signed by thousands of men and women here in Australia forced the Minister to deny their visa applications BUT prior to that he had been very quiet on the matter. It appears he will do the same here, see which way the wind blows and then take action as well as credit for that action [as he did earlier].

This also holds true for Julien Blanc himself who was deported from Australia when he came here to provide his own special seminars on how to pick up women using degradation and abuse. The group behind these seminars is Real Social Dynamics and consider choking women into submission as a legitimate way of achieving consent.

If there was any doubt about the damaging nature of his methods, Blanc uploaded a domestic violence chart to Instagram with the caption “May as well be a checklist … #HowToMakeHerStay”.

So I have to ask myself, has feminism failed or has a very clever PR campaign been run over a number of years to to wage war on the word and all those who associate with it. If that is the case then it’s been very successful as there is an entire generation out there who wish to distance themselves from that word and the side affect of that is that the subtle discrimination that was slowly losing ground has come back with a vengeance in this past few decades and is rapidly normalising misogyny into our culture yet again.

This article was first published on jenniferann1970.wordpress.com.