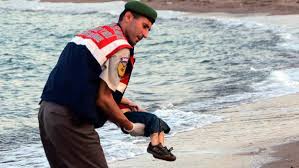 Abbott’s decision to simply change the mix of asylum seekers we take rather than increase the overall total again places him on the wrong side of public opinion. It is an unsympathetic, lukewarm response to a problem of enormous humane proportion and as such required a response that in another time have might have been filled with the Australian compassion I grew up with.

But of course had he agreed to take Syrians who had escaped by boat would have placed him in an invidious position. Australia deserves better than Tony Abbott. He is a combative PM who uses language with an inference that leadership is about being tough above all else. There are those on the left who want him around for the next election. I want him to go without delay.