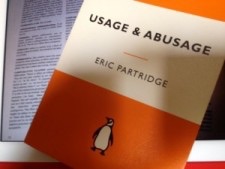 Feral
adjective
(especially of an animal) in a wild state, especially after escape from captivity or domestication.

I was going to pick on Tony for his St Patrick’s Day message, but I see that the Irish have already done that. However, I can’t let the occasion pass without at least a passing raised eyebrow at his comment that St Patrick’s Day is “the one day of the year when it’s good to be green”! So it’s not good to be green any other time? Well, of course not, it slows down that friend to humanity, COAL. Thankfully Coleslaw doesn’t contain any green veggies.
And speaking of veggies, apparently Abbott told the joint party room meeting (joint party room? another green occasion?) that the Budget would be balanced within five years in spite of the “feral” Senate blocking all these great barnacles, sorry, savings measures.
So, I decided to look up the meaning of the word “feral”, because I know that someone as educated as Tony would have been using it in its correct sense and not in that I-don’t-like-something-so-it’s-feral sort of way that the common swill use it. Unfortunately, the meaning suggests that the Senate has entered a wild state – possibly as a result of all the PUPs growing up to be their own dogs and snarling at the Liberals in ways not orchestrated by Palmer.
But it was upon reading his desire for his party to be salesmen for Australia that had me worried. Where will we go when they’ve sold it all? I wondered. Then, in spite of the Budget crisis, the Intergenerational Report, the slackers, the backers, the unions, The Greens, the Red Tape strangling us, Bill Shorten and the politically correct sipping their lattes through straws as a lifestyle choice like those who live in communities more remote than Canberra and Kirribilli, he had this to say:

“We have to be full of confidence and optimism for our country’s future,”

I’m not sure if he’s planning to pass legislation to this effect, then check our metadata to find out if we’re accessing too many sites which are negative about Australia or just negative full stop, but I’ve listened to Tony’s message and I find it so hard to be positive when Australia is so full of people who aren’t getting behind him.
Still, when it was mentioned yet again about we must stop using the credit card that I had an epiphany. One of my credit cards gives rewards points which can be used to pay off the balance. Given how often Labor used the “credit card” then there must be a large number of rewards points there. Perhaps we could use them to get the Budget back into surplus.
Or does the government credit card that the Liberals always talk about work differently? If so, then they should probably switch. (And possibly get a special rate on a balance transfer… Haven’t they seen the ads?)
Somebody (who clearly knows nothing about economics) tried to tell me that government debt had an even lower interest rate than my home loan something like three percent. But that couldn’t be right. Don’t they put it on the “credit card” at a really, really exorbitant rate of interest. Otherwise, they could borrow an extra few thousand lend it to me to pay off my house and I’d give them an extra fifty basis points and we’d both be ahead!
Nah, they’re putting it on the credit card. You know, buy now, pay later. (Sort of like the “You pay nothing up front for a Uni degree” ads that Liberals, sorry the Government Bureau of Information was running!)
Thank God we’re paying cash for those jets that haven’t been built yet!#
It’s far better to pay now, and receive the goods later…
Which seems to sum up the entire Liberal philosophy when in government. If we have a harsh Budget in our first year, then you’ll receive the goods in the Budget later. Probably just before the next election.
#(Yes, I know before some pedantic wretch points out we have actually paid for jets yet, we’ve just put in an order… This is hyperbole. Sort of like a Joe Hockey economic explanation, the facts shouldn’t get in the way of a good story!)