Seventy-seven years ago, the first wage claim in Australia was won by relatives and my great, great grandfather Alfred Martin on North Stradbroke Island for First Australian workers after a gruelling 25-year campaign at the Dunwich Benevolent Asylum. This was fought with the support of the Aborigines Progressive Association.

Years later relatives gained support with the unions while many worked in the sand mines on the island with groups like the ETU, and AWU. Other relatives found solace with the Communist, or ALP as did family of mine from Gympie and Maryborough in the same clicks as far back as the gold rush.

My own background spans since 2008 having been a member of the SDA for a number of years in retail, both NUW and UWU while working in market research and more recently the NTEU in the tertiary field, student unions at university, while also assisting the IWW and AUWU. I was also active in the ALP for a period as well.

Many unions today are concerned about workers’ rights and conditions, social justice issues, economic equality, and issues like climate change. But despite all the years active in the Labour movement I was probably least prepared for 2020 – 2021 when the COVID–19 pandemic hit with full furry globally.

Within the first 3 – 4 months of the pandemic, a wide range of industries and economic sectors shut their doors due to lockdowns and forced closures of fear of contagion spread and safety precautions. This left staff in fields such as tourism, hospitality, tertiary, education, arts, manufacturing, and any exporting, importing trades to left to fend for themselves. Many long-time staff found themselves unemployed for the first time in decades, while others had never been unemployed before. The government and Labour movement agreed to a temporary safety – net stimulus pay and job insurance. But not everyone was lucky particularly casuals, underemployed staff, and VISA workers.

Due to the demand of a huge unemployment rate amid the first recession in 30 years, mainstream trade unions were effectively in overdrive and under considerably strain with an enormous workload of people joining in troves. Essentially, not enough workers were given help at once as waiting lists began much like the same appearing at Centrelink for government assistance. This essentially led to the less mainstream unregistered unions like RAFFWU to capitalize its pull among fast food and retail workers, IWW among workers, and the AUWU among the underemployed and unemployed during the crisis.

I personally saw the good all groups both mainstream and unregistered achieved. Even consulting the Queensland Council of Unions of how dire workers needs were. I was indeed active with both the AUWU, IWW, and my local SRC affiliated to NUS as well. The AUWU received funding from groups in the CFEMEU, the old MUA divisions, and the UWU Victorian division. But it also had a fair share of ex/current ALP as well as communist, socialist, everyday apolitical workers and Greenies. Most the time people got on with the job and did what we could. The same applied to the IWW.

We pushed for wage subsidies for casuals, VISA workers, axing mutual obligations with JSPs, increasing Centrelink payments above the poverty line, and focused on an emphasis to see full employment mixed in with a Green New deal focus in the COVID-19 recovery to all levels of government to incorporate an economic restructure and rebuild.

Now all of this had its moments of highs and lows. We had victories and defeats. To say the least, some of it was looked at and adhered to by policy makers which was good. We also got some employers investigated with Fair Work and higher management of workplaces for inappropriate behaviour and conduct to staff during the pandemic, which was exposed in some cases, but unfortunately so much of this goes on in too many sites and workplaces.

The sad reality, however, was despite the good we did with the assistance and advice of more mainstream unions or unionist or bodies like the Queensland Council of Unions or local trades halls. There were still the instances of infighting and mayhem that goes with politics as well, and these became distractions from otherwise important work and causes.

This was the problem with former rivalries prior to the pandemic spilling over into groups like the AUWU and IWW. Be it political party differences, personalities or just lack of training or different life experiences, particularly as some activist aren’t aware that party politics should be 2nd to unionism. In the IWW the Australasia Secretary has refused to work with activist and unionist nationally, particularly in Queensland, ignoring democratic processes and internal rules.

In some cases certain individuals went against union members and activist democratic say and process which made it difficult for bigger more mainstream unions to take the micro – unregistered groups more seriously or recognized in an official capacity in discussions which made it all the more difficult.

A big path forward for all unions mainstream registered or unregistered would be to follow the ethical educational paths forward for all their activist and teach people the value unions still have in people’s lives. Particularly as unions have been in a spiral decline for decades.

That said, however, if these groups continue in hard times or in future hard times, heed a lesson that these sorts of small union lobby groups must be democratic (always see votes occur for roles or policy), articulate, bold, brave, introduce codes of conduct, official process and rules, introduce disputes tribunals (which are fair and unbiased), handle finances with oversight responsibly and most importantly introduce training with mentors ethically. In some cases, these are the lessons I learnt particularly if unregistered unions are to function and gain recognition in future. Some mainstream unions could learn a lesson, too. There is too much reliance on social media campaigning then there is in person, which only has limited results online.

Don’t get me wrong though, there are great people in some of these groups as well just as there are good and bad eggs in the bigger more recognized mainstream unions as well. But most importantly it should be about the causes or cases you deal with which is why we join a union to start with! I never thought for instance my activism in the pandemic would lead me to helping fellow Indigenous students on my campus when I’ve always had avoided it until recently while studying. It just goes to show you should always expect the unexpected while helping the unions, but in it for the common good of helping others. Without a common cause to help those in need unified… it s game over! 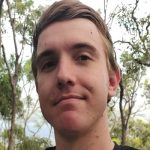 Callen is the Indigenous Officer for the Griffith University Student Representative Council (SRC) student union. He is also the Secretary of the Griffith Indigenous Student Association (GISA) and was the Interim National Coordinator of the AUWU during the 2020 – 21 summer period, the Qld State Coordinator and Secretary during the height of the 2020 COVID–19 pandemic. He has also worked for United Voice, RTBU, QCU having also worked in market research, media, advertising, and retail roles as well. Callen ran for Redlands City Council in Division 2 during the 2020 Local Government Elections and part of the Save Toondah campaign. Callen studies his final trimester of his Bachelor of Government and International Relations and has a Business Diploma.