Part two of a series by Philip Ayton on ‘The Revolution of Evolution in Australian Politics‘.

We live in a world where the majority of people have handed over a large slice of “control”, to representative bureaucracies. Democratic institutions to which we give up our own power of leadership and direction, so that someone else can worry about it.

There are many western lifestyle examples of dissemination of power, that we could use. However, this article I wish to concentrate on the amount of control we have given our elected political representatives.

Our ‘freely elected democratic representatives’ appear to have misplaced much of the moral code of true democracy, which is;

“A system of government in which power is vested in the people, who rule either directly or through freely elected representatives.”

We hand them the keys to the nation, and we sit back helpless for each 3 year cycle as governing body after governing body proves itself inadequate to manage the fragile balance of the country while staying true to the people that put them in power.

The modern politician, rather than finding solutions and sticking to them, would rather pass the buck at the first opportunity, moving onto the next willing scapegoat in the endless game of political hot-potato on all the major issues.

A consideration is that, we as the public may silently enjoy engaging in this type of tabloid politics. Politics where we have the power to criticise however hold no responsibility for action or inaction. A righteous yet hollow position?

I choose to believe that we are better than that. I believe that Australians as a whole, are so utterly fed up with the system around them, that until a viable option to fix the system is presented, we can only sit back and laugh. The running joke is the Australian political system and the lack of vision or motivation to address it.

Though how long can we truly sit back and continue to chuckle about the ridiculous state of affairs that is Australian politics today?

Can we really continue to laugh at the misrepresented, the corporate entanglement in policy direction, the personal financial motivation of politicians, the lack of sustainable vision into the future, the extreme neglect of the environment and continual policy flip flopping, a seemingly total lack of accountability and the failed concept of leadership which has been long lost on the Australian political frontier? Why can’t we as the people start to take control of the situation?

Is it not possible, to look forward to the future ourselves, look at the options and decide what is best for our country, together as a majority?

A proposition, where we could all, at the very least, have our voices heard?

Why must we be locked into this outdated version of the hybrid Westminster-style governing formula, when it stopped serving us long ago?

The scholars of today, have considered other options, the cries for a more democratic democracy have been heard. Though solutions to such problems don’t come easy. In fact, the solution may in fact come from our very distant past.

What if there existed a democratic system, that could allow us to vote on these issues and make the best decisions for the majority, by the majority. The people.

The concept is not new. You would have to go back all the way to ancient Athens to discover it’s true origins.

A literal and pure democracy is where the people discussed the issues of the day and guided the governments direction for the running of the nation.

Unfortunately, these original systems were replaced with what one could call, aristocracy, an oligarch based democratic that we still operate under today.

Essentially the will of the nation is dictated by a select minority (usually wealthy minorities control the interest in oligarch systems through, wealth, military, corporation or Royal Title)

To have a voice in such a system is but an illusion of true democracy.

Do we not vote according to information provided as their “plan” in power?

By what measure do the representatives get weighed to their success at meeting pre-election commitments?

Under this system when a representative fails the people, what recourse as a nation do we have to realign the government with our established and agreed expectations?

Ultimately we have very little realistic power to address the inadequacy of our ‘leaders’, unless the consensus of parliament wants change, the people only have 1 chance every 4 years to change the governing party.

What protections are in place, to prevent and restrict corruption?

None. The headlines for the last 3 decades have highlighted the lack of transparency within government.

Back yard handshake deals, flip flopping on major election policies and promises, bribery scandals, ongoing exploitation and corruption of the legal and judicial systems all make for regular news content.

When you compress the welfare of 23,000,000 Australians, into small, select, representative groups, who have to conform to “party lines”. Lines that are often determined by the financial support afforded by their investors, how can the issues of the majority truly be heard, or acted upon, beyond our single election vote at the polling booths? 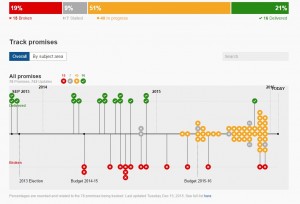 When objectively reflecting on the current system, there is no reason why the inclusion of the proposed alternative of pure democracy cannot exist symbiotically. The inclusion of pure democracy will ensure that the people have a seat at the negotiating table of the major decisions and will only enhance the transparency, quality and equity of the decisions that are made.

Have you ever wondered why the majority of Australian ruling governments of today don’t consider exercising the plebiscite legislation more often in matters of national interest?

The majority of Australians, who were indeed interested in specific issues, could and would be happy to voice their views for the majority to consider and vote on in an informed and calculated way.

Currently, there are a number of developing contenders for such a system in Australia, as of writing this article there is only 1 registered with the AEC which will see candidates running in the next election. When many (if not most) Australians are saying ‘it doesn’t matter who you vote for’, could the very real possibility of significant change be worth consideration?

Perhaps you, yourself, could stand up and be counted as a pioneer of pure democracy, also known as ‘direct democracy’ in Australia?

Would you be willing to inform people about a system, that gives everyone a voice on the issues that matter to them?

The power of Direct Democracy, is it represents everyone individual in Australia equally. A system that truly reflects the decisions of the majority, a system that remains neutral and bipartisan and with no “overriding” hidden powers. The only AEC registered direct democracy party ‘Online Direct Democracy’(ODD), is inciting change and has started the discussion about moving the country forward, for and on behalf of the people of Australia.

An alternative, that by constitution and design are bound to representing everyone. Their Motto: We Are You – Empowering The People.

What do the people of this great country think?

Join the discussion about the future interests of Australia and its people.