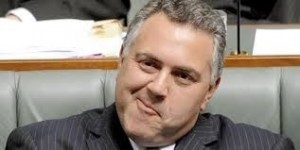 My son is doing Year 12 Business Management, so I decided to have a look at what he’d be examined on at the end of the year. I saw a question about John Kotter’s theories of managing change and in that serendipitous way that things happen, I noticed a book by him the next day. The book was called, “Our Iceberg Is Melting”.

Well, I bought it, read it and wondered why it needed a fable about penguins to make the same points that he made in his slightly longer book. Perhaps he was concerned that some people don’t read books unless they have cartoons in them.

Whatever, when I read his 8 step process for change management, I couldn’t help but think of the Abbott Opposition/Government. Basically, Kotter elaborates on the following points:

I can’t help but wonder if some bright spark in the Liberal strategy bunker had read John Kotter’s theories and thought that this would be the way to successfully implement their agenda of Fightback/Workchoices.

Now, I think we can all agree that Abbott, Hockey and friends successfully managed to create a sense of urgency. The “Budget emergency” and those hysterical comparisons to Greece convinced many, many people that Labor had borrowed so much that some foreign creditor was going to snaffle all our mineral resources in exchange for our debts, and the average Australian wasn’t going to receive any benefit, which is completely different to the current situation where mining is providing hundreds of jobs to people organising 457 visas.

However, their “guiding coalition” seemed to fall at the first hurdle. It was all about having the sort of people that can encourage a collaborative effort in implenting change. They certainly failed to build and maintain a working relationship with the Senate. And it’s their failure here that makes me think that they see the 2014 Budget as being a failure of communication rather than substance. Lately, whenever the Liberals look at an election loss or an electoral backlash, they always put it in terms of not explaining themselves well enough, as though somehow the voters didn’t seem to understand what they were trying to do – in much the same way that a stalker argues that their victim didn’t understand that it was love that motivated their behaviour.

But I think it’s on the vision thing that they really had problems. Kotter argues that it’s important to establish a shared vision at this point in the process. The Liberals, on the other hand, rather than attempting to find bipartisanship as often as possible, seem to have excluded anyone who was the slightest bit critical. From the time they came to office, they’ve set about removing any public service head who was implementing the Labor Government’s policy, as well as dismissing any critics as not worth listening to, no matter how constructive the criticism or how well-credentialed the critic was. Rather than talking ideas through to establish a clear, shared vision with the rest of Australia, they’ve left it at things like: “We intend to have a stronger economy” or “We have a plan”.

As for “Empowering Employees For Broad Based Action”, apparently that’s happened a few weeks ago after Abbott agreed to be more consultative and backbenchers won the right to take toilet breaks without needing to ask Peta Credlin for permission.

Lately, they seem to have skipped straight to the “Generating Short-term Wins” thingy. We’ll see that when the Liberals are returned in the NSW state election, no matter how many seats they lose. Of course, we’ll be treated to now we’re back on track and this just shows how the voters are responding to the new, improved consultative Tony Abbott. And we’ll see it in the Budget when Joe puts the sugar back on the table and says that this tax cut or or boost to childcare or whatever it is, is a direct result of the government’s fiscal discipline and we’re on track for a surplus sometime in the next decade, so it’s all ok.

As for the “Consolidating Gains and Producing More Change” and the “Anchoring new approaches into the culture”, I suspect that they’ll have to wait until after the next Federal election, which may be sometime in June or July. Or as soon as Malcolm has the numbers. Once there’s another spill mooted, Abbott’ll be off to see Sir Peter faster than his dash for the door when Craig Thomson tried to vote with the Opposition.