Today’s mortgage rates are cheaper than anything in living memory. Home buyers are taking out loans five to seven times their salaries to purchase properties that are 20% overvalued. The same cheap money is also pouring into the stock market inflating share prices that are over valuing companies.

In an interesting twist on economic guardianship, one might argue that by reducing interest rates, it is the Reserve Bank who is guilty of inter-generational theft. Governor Glen Stevens has disclosed that the most recent decision may not necessarily have the intended result; that low business confidence in the medium term may hold back expansion in the private sector.

That however, won’t stop home buyers from taking advantage of the historically low rates, buying into the market and inflating prices that will further exacerbate the growing housing bubble.

In the event the bubble bursts and prices crash, new home owners who have leveraged themselves beyond prudent limits, could well find themselves in a serious negative-equity position. By lowering rates the RBA is effectively exposing these buyers to a financial burden in the future, all in the name of stimulating the economy today.

While the RBA’s primary concern is the rebound of the dollar and the negative impact it would have on exports, the interest rate cut could also have a negative impact if the housing market suffers a rear guard case of nervous uncertainty.

It demonstrates all too clearly that we have learned nothing from the GFC. It was easy money prior to 2008 at quite low interest rates that set off a spider’s web of mortgage backed derivatives containing highly dubious and over valued products that forced supposedly rock solid investment companies to close their doors when they found themselves insolvent. 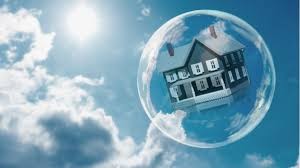 Governments everywhere were willing partners along this disturbing trail toward wealth creation. Today, they still appear to have no concern for the level of debt the private sector carries. Their focus is transfixed on public debt (so called).

Not so long ago John Howard and Peter Costello had no concern for private debt either. While Costello pumped out his surpluses the private sector had to offset them by borrowing. That’s how the nation’s balance sheet works. But let us not delude ourselves that the surplus was money in the bank. It wasn’t.

Surpluses are theft. Private debt is forced to offset them, but the onus of responsibilities shifts from a monopoly issuer, to a borrower with limited capacity. Sooner or later, that limited capacity (think of it as a balloon getting bigger and bigger), will explode.

This is what is coming.

The latest round of interest rate cuts will encourage private individuals to borrow. Some of these individuals will buy houses that cost more than they should. Others will take out margin loans and invest in shares.

Upward pressure will see those shares rise in value, eventually to a point where the automatic triggers that are programmed to issue sell orders, will activate. That will cause a crash. Banks will call in their margin loans and when the borrowers can’t recover their losses, those same banks will issue foreclosure orders against their mortgages.

To recovery their money, the banks will offload the properties at discount prices. That will cause a drop in house prices across the board. But the real estate market will have fewer buyers which will force prices down further.

All those who have mortgages will then be subject to an equity audit. Those who have borrowed upwards of 80% of valuation will find themselves in negative-equity territory and be subject to mortgage repayment demands they cannot meet.

They will lose their homes and look for rental properties. In the meantime their employer, facing falling orders from reduced activity will begin staff lay offs. From there, it is all downhill for borrowers. And the government will suffer too.

Tax revenue will collapse as hundreds of thousands are made redundant. Welfare payments will soar. This will be Tony Abbott’s brief but damning legacy because he cannot see that his government’s inaction, their failure to respond correctly, will be the principal reason the economy will deteriorate so quickly.

Progressive macroeconomic theory has no problem with an increase in the deficit or the debt for that matter. It is a basic tenet that debt spent on projects that contribute to growth, that increase employment opportunities will stabilise and strengthen the economy. 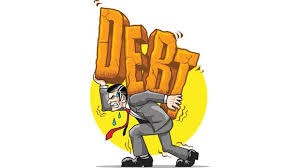 This government is not doing that. They will never do that. They are paralysed by a fear of debt. Yet they have already wasted billions on border protection and failed to see revenue opportunities in a variety of tax expenditures. Meanwhile, inflated stock markets and housing bubbles do nothing to achieve growth in the long term.

Some free advice for the speculators: be careful out there.