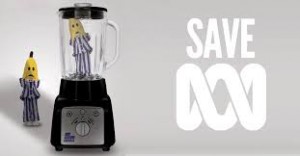 Graffiti from the 70’s

A work colleague complained that speed cameras were just a way of raising revenue, and that they had nothing to with safety.

“Really,” he complained,”having to take your eyes off the road to check your speed all the time makes you more dangerous.”

I resisted the temptation to ask him if he could manage to chew gum and walk at the same time, but the conversation stuck with me. Looking at where speed cameras are placed, I wondered if he had a point, but generally, I felt that if one speeds, one can’t complain too much if one gets a ticket every now and then.

It was when the same colleague walked in complaining about receiving a fine that I got a taste of the future. It was for using a phone to text while driving.

“Ridiculous,” he said, “I’m a competent driver – I can text keep and drive at the same time.”

But not keep an eye on the speed without being a safety risk? I wondered.

It’s just this sort of logic that seems to be prevalent at the moment. Principles change depending on the personalities involved, or what the person wants to happen. Abbott’s insistence that he has a mandate seems at odds with his determination to block the ETS when Rudd was PM. Didn’t Rudd go to an election promising to introduce this in 2007? Didn’t he have a mandate?

I don’t think that the Left is immune. People who complained about the personal attacks on Gillard or the legitimacy of her government are now using sexist and demeaning language about the Speaker, Bronwyn Bishop, and trying to argue that Abbott wasn’t legitimately elected. (There’s an argument that people were misled, which makes his claims for a mandate on everything a little dodgy, but whether that makes a government “illegitimate” is a more complicated discussion.)

However, it fascinates me that those who have been squawking about freedom of the press, and how any attempt to regulate or provide checks and balances was a threat to the very foundation of democracy. Just because the Murdoch empire had – allegedly – been engaged in inappropriate relationships with police and politicians, and hacking people’s phones in the UK, there was no evidence that they had done so here, and to suggest such a thing was just an attempt to stifle their criticism of Labor.

In fact, to even have an inquiry, to even look to see if there was any evidence, well, that was an insult to the integrity of the hard-working members of the Murdoch Media in this country.

As for suggestions that it was too big, and too powerful, well, these days, thanks to the Internet, there are so many ways that people can access the news, that there’s no need for restrictions on the size of any company.

Ah, glancing at your speed makes you dangerous, but an experienced driver can text without being distracted.

Yesterday, Andrew Bolt wrote the following in his article, “Abbott Must Take On the ABC”:

“Just as concerning is how the ABC is metastasising, using our $1.1 billion a year to strangle private media outlets and stifle diversity.

No healthy democracy should have a state media this dominant, with the ABC sprawling over four national TV channels and four radio networks, and now an online newspaper that gives free the kind of news and views that dying Fairfax newspapers must sell to survive.”

The ABC has grown too big and it’s “killing diversity”? Mm, I suppose if you chose to define left-wing as anyone who doesn’t support the idea that the rich should pay no tax at all because they provide all the work, rather than the Occupy Movement or the Socialist Workers’ Party, then the ABC hosts would all address each other as “comrade” while the Fairfax journalists would be plotting the overthrow of the system by the ballot rather than the bomb.

Of course, Bolt’s views are designed to provoke. He makes a living out of being controversial. So I wouldn’t even bother were it not for the fact that there are similar views being promoted by so many on the Right, and for the fact that the IPA clearly have the sale of the ABC on its agenda.

Then we have the distraction in the spying scandal – should the ABC (and “The Guardian”) have published, or should they have decided that it wasn’t in the national interest and buried the story? (In much the same way that certain newspapers in Australia have buried the Leveson inquiry or the charges against the Murdoch Press in the UK – presumably they weren’t in the national interest either!) But surely, if the Government-owned media starts to censor its news because it might embarrass the Government, they’d be open to all sorts of criticism. Secondly, does anyone really think that Snowden’s revelations would not have found their way to Jakarta – and eventually, some media outlet – anyway?

Ah, how quickly we’ve gone from this:

“I disapprove of what you say, but I will defend to the death your right to say it” Voltaire

“I disapprove of what you say, so shut up, because free speech only applies to those who are right. And you’re part of the Left, so you don’t have anything to say!” Bolt aire.