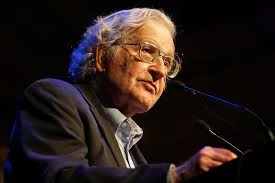 Image courtesy of the australian.com.au

This is certainly the case in Australia.

In this guest post Loz Lawrey looks at how the media – the Murdoch media in particular – shape out attitudes and opinions.

In 1988, Professor Noam Chomsky reminded us that the media “serve, and propagandise on behalf of, the powerful societal interests that control and finance them” (1). Never has this fact been more blatantly obvious than it is today.

The glaring anti-Labor/Greens bias on display by the Murdoch-owned news media during the term of the Gillard Government exaggerated Labor’s dysfunction and gave credibility to a Liberal/National opposition devoid of policies or ideas, other than a plan to hand decision-making over to commercial vested interests.

Today much of the mainstream media’s energy is spent fulfilling the roles of apologist and spin doctor for a right-wing conservative government which serves the wishes of a global oligarchy.

Selective coverage of current affairs events, skewed “opinion” pieces disguised as news reportage, simplified “black or white” presentation which avoids all nuance – the mainstream media has an endless supply of tools for the manipulation of public perception.

There is, however, more to the message than what is essentially the delivery system, or the means of presentation. The TV or radio program, the article in the print media or even the political billboard are simply what the megaphone is to the voice – the means of imparting the message. It’s in the language that real power and control resides.

Political forces use language as the weapon of choice on the field of public debate – what some refer to as the battlefield of ideas. In this arena, the army with the sharpest, most evocative language will prevail. There is little need for true logic or reason to underpin one’s arguments, only that a perception of reasoned lucidity is created by the language used.

While all sides of politics strive for control of any public debate through their use of language, conservative forces in our society have become masters of what is known as weasel language, or weasel words. The terms come from the reputation of weasels for sucking eggs and leaving an empty shell – at first glance weasel words create an impression of real meaning supported by research-based evidence or expert advice, which upon closer inspection is found to be hollow and devoid of substance.

This mastery of language, together with the recent structural disarray in evidence on the left of the political spectrum, goes a long way to explain the survival of conservatism around the globe, despite its continuing assault on the public interest, both nationally and globally.

The work of bodies such as the right wing Institute of Public Affairs is as much about formulating the language used to justify its ideologically-based policies as it is in formulating the policies themselves.

Words such as “free” and “freedom” are tacked onto the labelling language used to define and create a perception of a proposal or idea. Hence we get “free market”, “free speech” and “freedom of choice”. Once you insert a word such as “free”, a benign impression is created of harmless intent.

So it is that when a spokesperson for the IPA argues that people should be “given the right” to work for less that $16 per hour, they are claiming that working for less than the established and agreed minimum is a freedom. In this way, shifting employment conditions closer to the slavery end of the spectrum is made to sound like a positive, liberating move. It will hardly be a liberating experience for those workers who endure it, however, when they find themselves working longer and harder for less or very little, unable to meet their own living needs.

The term “free market” creates an image of happy global business, unfettered by tariffs and protectionist regulations, with goods moving freely about, resulting in best outcomes for both business, workers and consumers. The fact that tariffs were developed as a means to counteract trade imbalance and injustice is swept aside, because who wouldn’t want “freedom” in the marketplace?

Now business regulation designed to level the playing field and increase real fairness in trade is labelled by conservative governments as “red tape”, an evil to be done away with. Environmental regulation intended to protect our natural heritage landscapes and control resource extraction is now dismissed as “green tape”.

These terms belie the fact that such regulation has been developed over many years in response to the perceived need to maintain balance and sustainability in all things into the future.

Even the term “sustainability” itself has been highjacked by the weasel-worders. When the term is used in the context of economic debate, any cuts to spending or public funding are easily justified. Old-age pensions? Unsustainable. A living-wage pay rise for child-care workers? Again, unsustainable.

The rhetoric of conservative ideology is cleverly employed over time to erode the positive public perception of ideas and institutions which are seen as contrary to the the right-wing world-view.

A gradual sanding-down of the public’s acknowledgment and appreciation of the workplace rights and entitlements won over years of union organising and picketing has been achieved by the repeated portrayal of unions as hotbeds of thuggery and corruption.

Dismissive rhetoric about “the left” ignores the fact that leftist political values are based upon social justice, inclusion and concepts of decency and fairness. The ongoing message is that an empathetic worldview is “loony” and that to embrace a cynical philosophy of “winners and losers” is to dwell in the “real world”.

In this way a political message has been delivered into the public sub-consciousness: that leftist views are “crazy” and “loony” in their consideration of the public good, and that right-wing extremist views which can only benefit a minority elite are “sensible”, “rational” and “economically sound”.

Somewhere, somehow, logic and reason lie bleeding and forgotten by the masses, while weasel words and tabloid headlines are regurgitated as valid arguments in the arena of public discussion.

“It’s like ten thousand spoons when all you need is a knife
It’s meeting the man of my dreams
And then meeting his beautiful wife
And isn’t it ironic…don’t you think
A little too ironic…and, yeah, I really do think…”

The first was that newspaper proprietors didn’t need to tell their journalists what to write or the editors what stance to have. They’ve picked the editors, who set the tone. If Piers Akerman or Andrew Bolt was appointed as editor of “The Socialist News”, I’d be surprised if there wasn’t some change in tone. The need for day to day intervention is unnecessary. 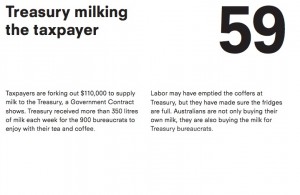 The other point he makes is that, if one wishes to know what’s really going on, the business pages are a good place to start. He suggests that people will accept being lied to in the rest of the paper, but when misinformation might cost them money, they want to know the true state of play.

I have found it interesting over the years to flick between how a story is being reported in the front section of the paper and how it’s being presented in the business section. Try it sometime. True, most of the business pages is about takeovers, floats, changes in directorships and a lot of numbers that have less meaning to your average punter than the mathematics of Quantum Mechanics. (And, just in case anyone who actually understands Quantum Mechanics wants to use up the comments section explaining why I shouldn’t have said that, please just provide a link rather than explaining that once one grasps Planck’s Law, then it’s a simple step to letting Schrodinger’s Cat out of the bag.)

So what’s been the impact of the Carbon Tax? Well, according to the business pages, this “massive tax on everything” which was going to lead to the closing of Whyalla hasn’t quite led to the devastation predicted.

ABOUT half of Australian companies have either seen little impact from the introduction of the carbon tax on their energy costs or are yet to calculate the effects, according to surveys by the Australian Industry Group.

About 49 per cent of businesses in the manufacturing, construction and services sectors reported an immediate increase in prices of at least some of their inputs after the introduction of the carbon price on July 1, the AiGroup report found.

A follow-up survey of 485 businesses in November, however, found that a third of manufacturers and construction firms and as many as one half of service sector respondents ”did not yet have enough information” to gauge the impact of the new tax.
Read more: http://www.smh.com.au/business/carbon-economy/business-counting-carbon-tax-20130128-2dgw6.html#ixzz2gnPn2CTr

“While the carbon tax came into force on July 1 its impact is still far from clear. Many companies are taking a ‘wait and see’ attitude, perhaps because it’s very future is still sometimes called into question. But even if the Liberal Party should win the next election, dismantling the tax might well prove too complex and costly. And, in the meantime, failure to accommodate the new environment could put businesses at risk. –

And finally, a more recent article.

Some wrecking ball that was! Australia’s first year with a carbon tax has ended with inflation so low that it was only the carbon tax that kept inflation from falling out of the Reserve Bank’s target range.

The Bureau of Statistics reports that in the year to June, consumer prices rose 2.4 per cent on the raw data, 2.3 per cent after seasonal adjustment, and 2.2 per cent on the trimmed mean measure, which strips out the biggest price rises and falls to define underlying inflation.
Read more: http://www.smh.com.au/business/the-economy/carbon-tax-inflation-fears-evaporate-20130724-2qj4q.html#ixzz2gtN1GT2F

Removing the Carbon Tax. It was going to be the “first thing” that Abbott did. Strangely, I’m now hearing on the news that he’ll be able to get rid of it after July next year. I seem to remember Kevin Rudd announcing that Labor would bring forward the end date to July 2014#. So the net result of electing Abbott is that the Carbon Tax could be in place for longer. Now, (and pay attention here, Alanis Morisette) that’s ironic!

*Alanis Morisette may be partly to blame, but there seem to be a number of people who just don’t understand what irony means. Nearly everything she describes in her song is just bad luck,

#Yes, I do know that Labor planned to have an Emission Trading Scheme, after that date, but Abbott plans to have a “direct action” scheme, so both have a plan to reduce emissions. It’s just that Labor’s is a sensible, market-based policy, whereas the Liberals are planning an inefficient, socialistic “tax us, then subsidise” program. And yes, Alanis, that’s irony, too.

P.S. The Image of Treasury milking the taxpayer 59, comes from the Liberal booklet on Labor waste, which listed 60 things where Labor was “throwing your money away”. I hope that the outrageous waste of supplying Treasury officials with milk has been stopped. That $110,000 a year will go a long way toward putting the budget back in the black.