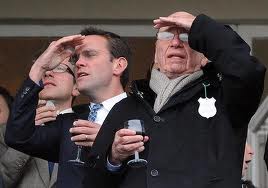 An Introduction to the ABC staff:

My name is Faron Ballance, and I’ve been appointed to ensure that the ABC remains true to its charter.

The first thing I’d like to say is: Don’t think of me as an enemy, think of me as a critical friend. Because it’s going to be critical for some of you to have a friend in the future, because some new members of the ABC Board will want to have you terminated. However, if you have a friend we may be able to argue that simply jailing you will be enough.

My principal role is simply to observe. I won’t be censoring anything. Feel free to run any story that you feel is in Australia’s interests. Nevertheless, from time to time, I may point out that the ABC needs to ensure that both sides of the story are given a full airing. Unless the other side of the story is something that helps the “enemy”.

Now, in spite of what some of you may think, the newly appointed Board does not consider the Labor Party the “enemy”. Feel free to quote from any ALP member at any time as long as you ring Peta Credlin to see if any of the Federal front bench is allowed to put forward a counter argument. If not, ring the IPA. This will ensure balance.

As this is my first day, I don’t want to sound like I’m being critical, but it’s important to remember that you need to provide balance. After all, you are tax-payer funded, so you need to ensure that all voices are heard. This morning on AM, I heard an interview with someone who wanted to save the Great Barrier Reef. I was quite shocked when they didn’t produce an interview with someone who wants to destroy it. Clearly, this is the sort of presentation which makes it sound like certain reporters have an “agenda”! Similarly, when you interview people who claim that they wish to save the earth, you should also talk to people who don’t.

Now, of course, this doesn’t mean that you need to start interviewing Satanists just because you’ve interviewed Christians, any more than you need to interview people in favour of child abuse just because you interview those against it. A bit of common sense should be used. In the former example, it would be enough to interview a member of The Greens. In the latter case, you don’t have to find someone who is in favour of child abuse, just someone who can justify covering it up.

Similarly, when interviewing someone who thinks that women or people of other races* are equal, please ensure that you add a disclaimer that the views expressed are general in nature and don’t represent the views of the ABC.

Finally, I’d just like to announce the exciting change to one of our children’s programs. “Play School” will be known as “Play and Work School”. It’s part of the government’s decision to prepare our young people for the future.

P.S. There is a rumour going around that the ABC is being prepared for sale. This is not true. Rupert Murdoch is only here to offer suggestions. Consistent with his lifelong policy, he has no intention of paying any money to a Government. Were he be asked to take it over to help it become more effecient, that would be something he may consider.

*By other races, I don’t wish to suggest that just because someone isn’t of Anglo-Saxon origin that they’re inferior. However,I think that you should be careful before suggesting something as contentious as suggesting that they’re equal without providing a counter view from someone such as Cory Bernardi or Fred Nile. I hope that’s clear, because if I have to spell it out, you could be in trouble.