If you are like me, you have probably had it with this ‘debt and deficit disaster’ mantra that is peddled incessantly by the Prime Minister, the Treasurer and the rest of this disorganised, ideological rabble who call themselves a government.

The number of times I read and hear comments from people along the lines, “Labor left us with a humongous debt and now the Liberals have to clean up the mess,” is extraordinary, but more importantly, utterly ignorant of the truth. Can we really be that stupid? Yes we can. Yes we are. 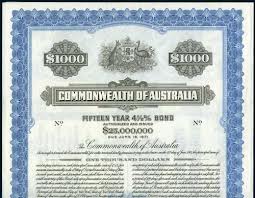 When I explain to them the ‘debt’ they are referring to, is actually the ongoing issuance of Commonwealth Government Bonds, Indexed Treasury Bonds and Short Term Treasury Notes, they look at me dumbfounded.

When I explain, in words of one syllable, that these bonds and notes have been the means by which successive governments have controlled the flow of money for, at least, the past 100 years, their jaws move, their mouths open, but no sound is forthcoming.

Then, when I tell them that the Howard government authorised the Reserve Bank to continue issuing bonds even when the government didn’t need the money, their eyes blink, their noses twitch, the jaws move, the mouth opens but still no sound comes forth.

When I tell them that it’s to maintain the overnight inter-bank lending rate, something that will continue for the next 100 years, they nod slowly as if to indicate their understanding of the situation. But they don’t really.

When I tell them that as of today, in late November 2014, the total amount of bonds and notes on issue is $344 billion they shake their heads, open and close their mouths, turn away, scratch their noses, but are back to playing dumbstruck.

I’d like to tell them that these bonds will never need repaying, but I fear the shock would be too great.

So I tell them that this is what Joe Hockey calls the “national debt.” If Hockey, and the rest of them want to call it debt, they have to acknowledge that they have been borrowing at the rate of $1 billion a week since coming to government. But, if you were to ask them to acknowledge that, I’m betting they will just say it’s all Labor’s fault. But the truth is, it isn’t anyone’s fault. That money has kept hundreds of thousands in work.

It has kept businesses viable. It has maintained a healthy economy. It isn’t debt at all. It is how a country’s economy works. It is the way the Reserve Bank controls and keeps a properly regulated banking system viable, enabling banks to create money, keeping businesses in business, keeping people employed.

It’s not just Hockey deceiving us, all Treasurers do it, Liberal and Labor. Which indicates that none of them know how this “debt” works. Or, they don’t want us to know. Well, it’s high time they either learned, or came clean and it’s high time we stopped referring to bonds, indexed bonds and treasury notes by this utterly fictitious name. They are not debt, they are Commonwealth Government Securities.

The one redeeming factor is that at least Labor governments are not frightened by them.

The big difference between the two parties in the way that they approach this matter is that Labor governments know, that whatever they are called, they stimulate growth which reduces unemployment. They know that they provide infrastructure that adds value in the movement of domestic produce to market and in the facilitation of our export industries. They know that they contribute to a high standard of living, of health and the education of our children who are our country’s future.

People like Tony Abbott aren’t looking that far ahead. Tony Abbott can’t see 16 years ahead. He probably can’t see beyond today. Neither can his government. That’s why organisations like the IPA have such a huge influence over them. The IPA acts as their counsellor, like parents to untrained children. But the IPA and like-minded groups have a quite different, more sinister agenda. 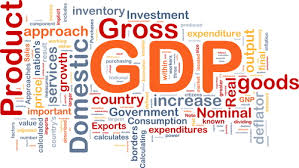 These exclusive groups know that avoiding calling “national debt” by its proper name of “Commonwealth Government Securities” and concealing what those securities actually achieve for all of us, they can continue to further the aims and the objectives that keep all the power in the hands of the already powerful one per cent, the super-rich.

They want unemployment to continue because it keeps a lid on wages growth which is the biggest threat to their increased wealth. One only has to look at the root causes of the GFC to see the damage an unregulated banking framework will create. Greed, excessive greed and obscene greed are the root causes.

It is high time this deception was exposed for what it is. And we can start exposing it by replacing the words “government debt” and referring to the issuance of bonds and treasury notes by what they really are, “Commonwealth Government Securities.” 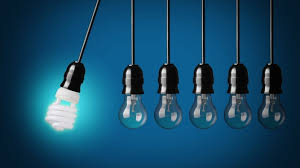 Then maybe, just maybe, some of the more illiterate, moronic, ill-informed cretins who slavishly follow the LNP in the mistaken belief that they are the better financial managers, will wake up and realise that the LNP has played them and conned them.