It is pretty much a no-brainer these days when the government is in trouble to resort to some kind of scoundrel activity in an effort to win back support. With the government haemorrhaging from a budget disaster and multiple gaffes from ministers and also criticism from within its own ranks, Team Liberal is reverting to a fall-back position it believes is a winner; that of national security.

It seems the key message delivered by Liberal Party federal director Brian Loughnane and his Nationals counterpart Scott Mitchell to a strategy meeting of cabinet last week, was “no more distractions”, “no more ideology”, “stick to the middle” and “slow things down”. This is the sort of message you would expect from someone on the sidelines who can see the bigger picture. But the ‘no more distractions’ advice looks suspiciously like a ruse. A distraction was exactly what they were looking for.

So, out of the bag of tricks comes the tried and tested ‘terrorist threat’ script. One wonders if some of Team Liberal’s strategists hadn’t stayed up one night watching ‘Wag the Dog’. The idea of starting a war would have circled inside their heads but the technology would be too much to pull off, so why not simply create the illusion of a threat? 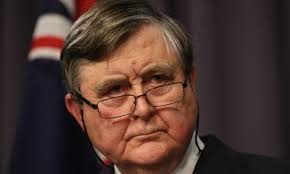 And what could be better than a ‘major’ announcement as broad as possible with as little hard detail as possible and then have ASIO Director General David Irvine front up to the cameras with some timely advice, which was also just as vague? By any other language they were simply moving the goalposts and getting the players and the crowd to look in a different direction.

Having achieved that, and with little else to continue this scam, another announcement became necessary. When the Prime Minister advised parliament that already one person had been detained at Melbourne Airport while waiting to board a flight to Lebanon it sounded like a melodrama that could have been written by the Working Dog team for a ‘Utopia’ episode. The evening television newscasters loved it. It filled in at least 60 seconds of their air time. It’s puzzling though, that we have not heard anything about it since. I wonder why. Perhaps it is now an ‘At Airport’ matter.

The revival of the terrorism threat comes as the crisis in the Middle East escalates raising the possibility of another involvement in Iraq and a humanitarian involvement in Syria and perhaps, Ukraine. But despite Abbott’s quite pathetic attempts at sabre rattling and his call to arms, the reality is that we are a small player in these events and Abbott is pretending to play a game that he thinks advances his standing at home.

He has the mainstream media on board and they have created the illusion that his talents lie on the international scene. What an absurd proposition. He is small change out there and it shows. He is a pawn, and so are we. The proof will be seen in the outcome. Any contribution we make will be token at best.

But what makes this look so contrived is the implementation. Surely issues of national security are best managed secretly. If the government wanted to be truly effective in its efforts to protect us from any terrorist threat, would it not be more prudent to do it without a megaphone? After all, that is what they are doing with border security.

Why telegraph the government’s intentions to the broader community when it might have the reverse effect and be a trigger for some individuals who harbour evil ideas to carry them out? After all, isn’t the government’s policy not to advertise its intentions? Trying to get information from Scott Morrison about ‘on water matters’ is like extracting teeth, and even then it is not forthcoming.

Yet here we have government ministers lining up to tell us that Australia is ready to join the US in Iraq; a very broad statement that tells us nothing specific, but does succeed in mobilising the minds of the ‘gung-ho’ brigade.

So why are they making such a noise about combatting terrorism? Ramping up a perceived threat, as has been happening recently, is nothing more than a pathetic attempt to win back votes. It achieves no other purpose, except to alert possible terrorists to be more vigilant and to be on their game. 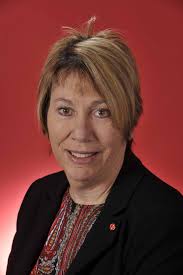 Western Australian Labor senator, Sue Lines was mindful of this attempt at distracting attention from the budget mess. “[The prime minister] is just using this as a shield to try and deflect from the awful mess they’re in with their budget,” she told Fairfax Media.

Sue Lines is not the only one awake to this attempt at diverting attention from the budget mess. I suspect we all are. It’s a poor exercise in distraction. We should all be awake to this style of deception wherever it occurs. That it plays on the fears of the easily-led exposes the hypocrisy behind it.

So why did Bill Shorten slap down his own members who spoke up to reveal the attempted distraction? This is not 2001. This is not 9/11. This is a thinly veiled attempt to side-track our attention away from the domestic stuff-ups.

The Labor party has been wedged once again. It doesn’t want to be seen to be discounting the terrorist threat, but doesn’t seem to realise it can show its resolve to protect the community and still expose the deception. It should go on the front foot, raise the stakes and detail a comprehensive strategy of its own.