The 2014 budget is a corrupt document.

A few words about corruption are necessary. Much has been said about potential conflicts of interest and corruption on the part of Tony Abbott with regards to his daughters. Some have intimated that Tony Abbott was bought and paid for with a scholarship for Frances to the Whitehouse Institute of Design. It is important to be clear that it is unlikely that there is malfeasance or corruption (as legally defined) in either the scholarship for Frances Abbott, or the appointment of Louise Abbott to a plum post in Geneva. 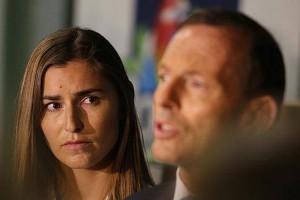 In the case of Frances Abbott, it appears that the Whitehouse Institute sought her out, courted her for a position, and sealed the deal with the scholarship. This happened during Labor’s term in office when Tony Abbott was Opposition Leader. There has been an indication that having Frances Abbott associated with the college might be good for its profile, although I find this unconvincing; but having Frances Abbott associated with the college has certainly proved good for its budget and its future. The budget has, for the first time, allocated government funds to private educational institutes such as Whitehouse, which will be of direct financial benefit to the Institute. Nevertheless, I am not claiming that this is a quid pro quo for favours given to Tony Abbott’s daughter.

It doesn’t have to be.

There is certainly preferential treatment being given to Whitehouse and its ilk, but this does not necessarily denote corruption or “payment in kind” – at least, not in a legal sense. It is more indicative of a culture of privilege. The age of entitlement has certainly not ended for the political class. For our politicians, the world is entitlement.

Where does privilege end and corruption begin? In Tony Abbott’s world, people do favours for others all the time. You give priority attention to a stakeholder’s needs. You give donations and gifts (money, bottles of Grange, scholarships). In most cases, it’s not illegal unless there’s an immediate expectation of a specific reward. But you do it in the expectation that there will be a reward. The reward for your efforts may be a policy friendly to your interests, a budget that bulldozes through the economy but carefully detours around your patch, a rebate extended rather than curtailed, or a convenient directorship of a government board. The reward doesn’t come in direct trade for your favour, but every favour you offer earns brownie points and neither you nor they will forget them. And things can turn ugly if it ever appears that your favours are not going to be duly returned.

Frances Abbott’s scholarship was probably like this. Tony Abbott likely didn’t press for it; he didn’t have to. It was a favour, offered freely, with no specific return in mind. But even if there was no expectation of a specific benefit that the Institute would gain, there was certainly an expectation that the government would look kindly upon it when the time came, and Tony Abbott and his government have not disappointed on that front.

In Tony Abbott’s world, money is quite literally no object. On a salary of over half a million dollars annually (plus entitlements) he could afford to pay the way of all three of his daughters and barely miss the money. At the time of Frances’ scholarship, however, Tony Abbott was not Prime Minister.

When he moved from government into opposition in 2007, his salary dropped from ~$200,000 to ~$110,000 – which is still an awful lot of money compared to what most people in Australia earn. This wasn’t enough to support the luxurious lifestyle to which he had become accustomed, so he took out a $700,000 mortgage on his family home. (It’s interesting to note that he was happy enough to personally go into debt equivalent to 700% of GDP, with an understanding that he could service the loan. It’s interesting also that he failed to declare the mortgage on his pecuniary interests register for over three years.)

To be fair, the salary earned by politicians is at the lower end of their natural constituency; the rich and powerful routinely earn six-figure salaries and seven-figure salaries are not uncommon. This is why the Coalition can throw dinner parties for sixty guests and spend $50,000 catering; not because they’re being unwarrantedly profligate, but because ten thousand dollar dinners are not unusual. This is a world which I, and the vast majority of Australian taxpayers, can only imagine. For most Australians, ten thousand dollars is a windfall, a goodly proportion of their annual salary. To Tony Abbott’s people, ten thousand dollars is a watch.

This is why the 2014 budget has given rise to such anger in the Australian community. It’s not that it’s harsh, specifically, although it indubitably is. It’s not even because the budget will directly strike at the daily cost of living of so many. Rather, it’s because it’s so patently inequitable.

The $7 medicare co-payment has been written largely by people who don’t know what $7 looks like. The restrictions on Newstart were designed by people who have never needed to contend with unemployment, not while family friends own large businesses which can give a deserving youngster an internship, no questions asked. Increases to the price of petrol, of education, of medicines, of fresh food (coming soon to a GST near you!) mean little to people who’ve never set foot inside a Woolworths.

It is this pervasive culture of privilege that the budget seeks to shelter. The sad fact is that the beneficiaries of this system don’t see anything wrong with it. Tony Abbott, with his one-million-dollar-a-year entitlements claims, believes with all his heart that he deserves the privileges that come with office. To him, this is the kind of opportunity that the Coalition offers to all Australians: the opportunity to better yourself and reap the spoils.

The problem with this model of opportunity is that it depends on the existence of a downtrodden class. The powerful and the privileged can only remain so at the expense of the masses; not the poor, who are of little economic benefit to society, but the battlers. Our system depends on families on the median wage struggle month to month, paycheck to paycheck, and aspiring to the kind of luxuries and riches those in power have already left behind.

The system cannot support a migration en masse to the upper classes. Those who occupy the rarefied heights know this. The system defends itself, and it does so with the collusion of our leaders. The salary earned by politicians is high enough to give them exposure to this other world, but they are not really of it. The salary of a shadow minister apparently cannot support three children at expensive public schools, let alone a new car every two years. Ministers do slightly better and the Prime Minister does best of all, but even his half million is dwarfed by the real puppet-masters. The favours offered by the powerful allow their politician puppets to climb one rung higher; to sit at the table for a little longer and to feather their own nests just a little more. This is the real corruption: not of direct trade of favours for favourable treatment, not of service-in-kind, but the kind of soft corruption that says we have no expectations of you but we’re sure you’ll remember where your priorities should lie.