It’s in the air right now. You can actually taste it. The knives are out. The phones are running hot. How many more clichés can you fit in one paragraph? Politics can be a savage sport, a blood sport. And it generally is when opposing parties face off in parliament. But when the fighting starts within a party, when friend becomes foe, that’s when the blood starts to flow.

On Channel 7’s Sunrise this morning, David Koch asked PM Tony Abbott if he had asked Foreign Affairs Minister Julie Bishop not to challenge him for the leadership and she refused. Abbott dodged the question, did not answer directly and then told Koch that the people weren’t interested in leadership speculation.

We only have to think back to the leadership turmoil between Kevin Rudd and Julia Gillard to realise how damaging this is for the government right now. The media, once so supportive of the LNP will now hunt down every whisper, every side turn, every evasive moment, anything anyone inside, or out, of the party room utters. It’s a blood sport. 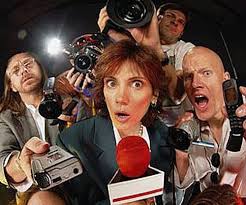 They will pursue any trail they suspect will lead them to a hint of, when and from whom, a leadership challenge might come. And come it surely must. It is no longer months away or even weeks. It is days away and the Canberra press gallery can smell it. It will come because the media won’t leave it alone. It could be today, tomorrow or Friday.

Actually, Friday is a good day for a leadership challenge because members can disperse to their electorates after the event and hide from the pursuit of journalists eager to write follow-up stories; a bit like reporting after the big game. There’s always a juicy ‘what happened when’ story to be discovered.

So now we sit and wait. There will be a party room meeting, someone will text someone that it’s on, and the media will go into a frenzy. All scheduled TV programs will be suspended, reporters will transmit live, and the entire country will come to a halt…..well, maybe not the entire country. But the waiting will be excruciating. Then we will hear the outcome.

The party will be united once again and….oh god no…someone will step forward and say, “And now we must get on with the job of fixing Labor’s debt and deficit disaster.”

And then we will know for sure that nothing has changed. Same polices, same mantra, same three word slogans. No grand vision, no exciting new ideas, just same old, same old.

We know that there’s nothing new under the political sun, but can we at least have something better than this?