Anyway, back to Saul. He used to persecute Christians until, one day on the road to Damascus, God struck him blind with the words, “Saul, Saul why dost thou persecute me?”

Now, Saul was a clever sort of a chap for someone who never married because… well, he just didn’t, ok? In these political correct times, I can’t say, but let’s use some sort of innuendo to besmirch the poor man because that’s what we do now that I don’t have the freedom of speech to come out and say that he didn’t like women. Saul straight away that the best way to get away with his past crimes was not to seek forgiveness as Jesus suggested. It was to pretend that he was someone else entirely, so Saul changed his name to Paul and started writing letters that people eventually passed off as gospel.

Similarly, I can see the writing on the wall and I’ve decided to embrace religion so that neither God nor Scott Morrison needs to strike me blind. Why? Well, I could suggest that it’s because God told me directly, but that may be considered blasphemous by some and, believe it or not, blasphemy is still a crime in a number of Australian states.

The difficulty, of course, will be finding a religion that suits me. I want one that has a similar signup clause to the Coalition’s approach to climate change action. I want to sign up and get all the benefits, but I don’t want one that forces me to change my lifestyle in any meaningful way. And by meaningful way, I mean, at all. 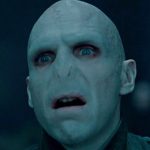 This sudden conversion may seem a little insincere but I have been thinking for some time that if you can’t beat ’em, join ’em. All the tactics that we’ve tried to create a more just society have just been defeated by wedge politics, so maybe the only way to start pushing people back to some sense of sanity is to jump so far to the ridiculous that you make Pauline look like a bleeding heart leftie! (One could never do that to Peter Dutton; he’ll look like anything other than Voldemort in the Harry Potter films!)

Instead of using reason and evidence, perhaps we should start saying things that will split the Coalition. Here’s a list of ten possible ways to wedge the Liberal Party which you could use for Twitter or a letter to the Editor:

Yes, I do realise that you’d need to be careful because the current mob may take them seriously and start implementing them, and while it could be argued that this would certainly lose them the next election, when I look at the number of stuff-ups in the previous year, I can’t believe that they didn’t lose this one.

Whatever, my religious conversion is only lacking something to convert to, so once I have that, and once the new religious freedoms are in, I’ll be able to say whatever I like because isn’t everything a religious position?

Mm, I’m sure that Angus Taylor said that climate change was the new religion. Does that mean that nobody will be allowed to dispute anything any deeply committed Greenie says because it’ll inhibit their free speech?