Few people would deny that the internet plays an increasingly significant part in our daily lives in many ways and contexts. Greenpeace has called on internet providers to lead the way with respect to renewable energy. Following feedback from Greenpeace supporters, over the past few years Apple and Facebook have committed to 100% renewable energy and in particular in solar and wind power. Apple’s relentless pursuit of its commitment to power its iCloud using 100% renewable energy has given it early mover advantage amongst the IT sector’s leading players. The largest privately owned solar farm at its North Carolina data centre, plans to power its soon to be Nevada data centre using solar and geothermal energy and purchasing wind power for its data centres in Oregon and California are testament to Apple’s efforts.

Since 2012, Facebook has made very big strides in terms of being one of the green internet leaders. Efforts to deliver wind energy investment in Iowa has helped to drive further investment, and Facebook is now also working with energy utilities to add further clean energy capacity. It is also investigating ways to scale renewable energy sufficiently to power its Oregon and North Carolina data centres.

Google is also displaying leadership with its deployment of renewable energy and a combination of procurement, investment and policy advocacy to green power supplies, even in regions where it doesn’t currently have data centres. It is progressing towards its 100% renewable power commitment and has clear principles for the expansion of both the company and its renewable supplies.

Through the acquisition of Tumblr and an expansion of its curated news and entertainment channels, Yahoo has expanded its online presence, and it has also been amongst the very best performers in terms of the percentage of green energy since Greenpeace began to evaluate internet companies. It has announced the purchase of 25MW of wind power from a community wind farm development in Kansas, and Yahoo is also powering its Nebraska data centre with renewable energy.

Digital Reality is the world’s largest “digital” landlord with 131 data centres, 75% of which are in the United States. It provides data centre properties for a number of companies that have 100% renewable energy commitments, including Facebook, Rackspace, Salesforce and Google, has adopted a sustainability policy and created a new program to facilitate the purchase of renewable energy credits (RECs) for clients that sign a Digital Reality lease. 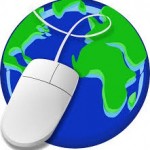 In a number of previous blogs I have discussed how Governments are aggressively decarbonising and are realising significant benefits, both environmental and financial. Although the companies discussed in this blog are amongst the biggest and most recognisable in the world, it is not only companies of this magnitude that can benefit, just as sectors other than IT can benefit. I analyse trends with respect to climate change around the world (including the Political landscape and prevailing policy frameworks), distill the conversations and use the learnings to assist companies and industry associations with respect to obtaining and maintaining a position ahead of the curve and most importantly, ahead of their competition. I believe strongly that companies that act on renewable/clean energy opportunities despite the prevailing Political landscape should be rewarded for their leadership. Like other world-scale issues, climate change will demand leadership, and rather than shy away from it, companies and industry groups should embrace the many opportunities it presents.

If your company would like to see what is possible in terms of decarbonising or are an industry group who represents companies that want to embrace the opportunities that climate change is and will present, please don’t hesitate to contact me vis The Australian Independent Media Network.

Anthony Horton blogs on his own site; http://www.theclimatechangeguy.com.au