On the latest available research approximately 84% of the world’s population identify themselves as believing in, (or at least being affiliated with) one religion or another. Yet as the world reels in shock at the latest brutal fundamentalist attacks I find myself drawn to question whether or not the religions of the world, as self described moral arbiters, are now (or have ever been) truly fit for purpose?

From the crusades to the inquisition, from the burning of witches to the ritual sacrifice of children, from the institutional pedophilia of the catholic church to the slaughter of young girls for the “crime” of learning to read, there can be little argument that human history is replete with a litany of barbarous acts carried out in the name of religion. But what is it about religious faith that drives some people to embark on murderous repressive rampages against their fellow human beings? Is it their faith that actually drives them, or are they simply consumed by homicidal fantasies and religion conveniently allows them to cloak their dark desires in a veil of piety? If religions are, as they claim, providing the moral structure and framework under which human societies can and should live, then how exactly are we supposed to interpret, understand and deal with the actions of those who repress, brutalise and kill predicated on the belief that it will please their God, (and/or secure them some lavish reward in the afterlife)?

Seriously, what traits and characteristics can we reasonably attribute to an entity (divine or otherwise) that would engage in, or be delighted by such atrocities? Because to my mind merciful, benevolent, loving, and kind are not topping the list. Admittedly these are not new questions, the ancient Greek philosopher Epicurus was posing such questions as far back as 300BC:

But with 84% of the human family still adhering to the idea of a sentient, all knowing, personality based deity these questions remain just as relevant today as they were two to three thousand years ago.

As there has never been any definitive earthy proof as to the existence or form of God, it could be argued that each of us is free, within the bounds of our chosen faith, to define God in accordance with our own preferences. Even within the confines of a particular faith’s scriptures there is a smorgasbord of choices from which we can construct our own personal versions of God.

As a Christian you are free to choose the angry, vengeful, jealous God of Deuteronomy or the loving God of John 4:16 or Galatians 5:22-23.

As a Muslim you could go with the God of Quran 2:191, “And kill them wherever you find them, and turn them out from where they have turned you out. And Al-Fitnah [disbelief] is worse than killing… or you could align your heart with the more moderate God of Quran 25:63: The worshipers of the All-Merciful are they who tread gently upon the earth, and when the ignorant address them, they reply, “Peace!” I have never met two people who have the exact same idea of who or what God is, and thus it appears to me that regardless of brand affiliations, God is pretty much what ever we want God to be. Kind of like the Subway sandwich of spirituality, we can put whatever we want into our God, and leave out or ignore any bits that aren’t to our taste.

But surely, if we are to assign responsibility for determining our ethical structures and moral conduct to a God, (or a set of scriptures, or a particular religion), then we need to be very wary of being seduced by our own subjective desires and interpretations. 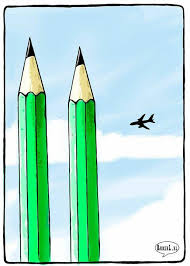 If we accept the premise that any God we hold is actually a mirror reflection of our own preferences and tendencies, then how can we possibly use such a God or religion to accurately determine what is right or wrong without being swayed by our own predilections?

The fact is we can’t. With or without God, when it comes to determining what we hold to be right or wrong we are fundamentally on our own! What Gods and religions do seem to do for us however, (if we chose to interpret things that way), is grant us a free license to perform actions that are clearly harmful to others, blame our victims, and envelop ourselves in a shroud of moral righteousness and respectability while we are about it. It’s like the ultimate get out of jail free card.

That said, the search for absolute truth has always been difficult, and there are very few things that can be readily accepted by all peoples as unquestionably true, but I have managed to find a few. For example:

1.Human beings can not live in an atmosphere of liquid methane.

2.Human beings are not fish.

3. If you stop breathing you will eventually die.

4. If you do not eat you will eventually die.

5. You will eventually die.

Admittedly these “truths” are not really all that helpful when one is seeking to define indisputable parameters for righteous moral conduct, but then again on all evidence neither is God or religion!

No matter what we believe we all must take responsibility for our actions. If we go forth into the world with the will to harm others, then we need to understand that we are ultimately acting out the violence, hatred and defilements of our own hearts and minds. God and religion have nothing to do with it!