Spending five weeks on the North American continent recently, four of them in the USA, was a great way to experience first-hand views and opinions on a variety of different subjects that penetrate the pores of the media in the land of the free.

It’s a good thing because when one observes the lunacy, ineptness and sheer bastardry of the LNP government here, seeing similar lunacy with the Republicans on the other side of the globe helps one to feel less isolated in one’s search for social sanity.

American politics, I observed, has more nut cases than we have here. But in our current political environment, I could also see that we were gaining.

They have their tea party cranks, most of whom are fire brand evangelicals who would have us believe that Barack Obama is the Beast in Revelations.

Fox News presents the hard right wing view in such distorted terms, it redefines the concept of balance. Facts account for little. Balance is something the other side must prove rather than simply express.

The most outrageous and incredibly stupid utterances coming from the nut cases get prime time exposure with Fox which, in a way, is good because it helps to segregate and quantify that part of the collective American idiocy. Then there are moderates on cable and free to air television who try to preach a more responsible, dare I say it, socialist view. One of the more enlightened on the progressive side is Bill Maher on HBO, who not only makes the hard right look like modern day Nazis, he does it with piercingly funny humour.

Beyond that humour one sees how important Maher’s role is in trying to redress the absurdity of the Tea party’s manifesto. He, however, gets only limited free to air exposure. On the more serious side, Democrat Bernie Sanders tries to show how the nut cases distort the truth but it’s a tough gig in the land of the poorly informed.

We too, have our equivalent of the Tea party. That bunch of hard right wing idealists who believe so vehemently in the market as a force for everything. Some quote dubious bible passages to prove their point too.

Our nut cases believe those who are forced off the road to wealth creation and achievement, simply don’t deserve any consideration. Fortunately, they are subjects of derision. The U.S. equivalents have ardent followers. Thankfully, we are not as gullible as the average American.

While both countries are being educated to think the world is divided into two opposing ideologies, i.e. Western capitalism and Islamic fervour, it is a contrived smokescreen created by interests of the former to distract us from Capitalism’s real opposition; those who would threaten their financial domination, their so called ‘New World Order’.

By and large, Australians just don’t buy that sort of spin, but to hear specific vague and meaningless references such as ‘death cults’ from our Chief Executive Officer makes me wonder if our resistance is weakening. 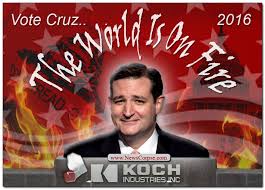 No problem with resistance over there though…the Tea party, with its evangelical claptrap and its Reaganistic mantras has captured the mind of Middle America and gets prominent air time on Fox. This forces opposing cable and free to air media to give additional airtime to issues so trivial, they appear as major news items.

Free to air networks seem somewhat confused by what their viewers want to hear and what is real. The result is broader confusion for everyone where the truth is so distorted it is lost in the mire. Truth and fact have become what one believes rather than what one knows.

Economically, the last six years of quantitative easing has rescued America from serious decline. Every argument against a sovereign monopoly issuer using its own currency to inject massive amounts of cash into its economy in times of crisis should be consigned to the scrap heap.

It has worked to restore an economy that was in free fall. It has restored America back to growth, albeit tenuously and one still not out of trouble.

That improvement, despite much of the issuance being diverted to a now seriously over valued stock market, once more demonstrates the wisdom of Labor’s stimulus program here in the wake of the GFC, where the money went straight into individual bank accounts.

Yet if you ask the man or woman in the street here, who they think is the better economic manager, they will likely say the LNP. It defies all evidence to the contrary. The recent budget, conspicuous for its lack of stimulus beyond a puny effort to win votes with the small business community, is doomed to failure. It has no answer to unemployment.

The improvement in the US economy is being attributed to Obama correctly, despite a recalcitrant Congress continuing to berate its President as someone intent on destroying the ‘American Dream’; someone better described as Satan in disguise. The right wing media hate him with a vengeance. This can only mean he has done something good for the country and something not so good for the 1%. 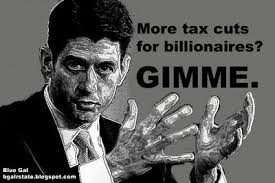 The Republicans have already begun their campaign for the November 2016 presidential race starting in earnest well ahead of the usual time. Not to be caught napping, the Democrat hopefuls have jumped in as well. For the weary voter, it’s going to be a painfully boring 18 months.

Our 2016 political race would seem more exciting, if only to watch how our painfully dysfunctional government continues to drown in its own well recorded rhetoric and fiscal stupidity.

If ever Labor wakes from its slumber, shows true grit and challenges head-on the selfish, mean-spirited, economically inept direction the Abbott government is heading, they might win back the hordes of former true believers who have deserted them for moving too far to the right.

For me, escaping to Canada wasn’t the answer. I came back believing it was better on this side of the Pacific. We have fewer nut cases.