We all know that economists are generally not very good at predicting the future. The truth is, when they tell us what is likely to happen in any given set of circumstances, they do so with great uncertainty knowing full well the model they swear by, has numerous flaws.

One definition of a conspiracy, I have heard, is when two economists agree on something. It sounds amusing but when you analyse it more closely, it’s not that funny. In fact most economists do agree most of the time and the reason is because they all studied the same course at university and now belong to the same club. Any deviation from the norm would leave any of them at odds with their peers.

While they carefully examine a plethora of data, graphs, trends, past history etc., what that data doesn’t reveal is the imponderables, the unknown factors that lurk in the shadows like those that precipitated the GFC; the one only a few saw coming. Economists are mild mannered people who avoid competing with each other. On the contrary, they reaffirm each other as they remain within a club that adheres to a common set of principles considered to be universal truths.

There is one area, however, where those universal truths take on a different perspective and where there is a divergence of opinion; the area of government debt. Understanding the nuances of this highly complex matter holds the key to knowing how the world’s economic game is played. This is the point where, what is taught at university is put to one side and where the law of the jungle takes over.

The way in which the wealthy at the top of the tree improve their wealth is by borrowing. When soundly managed, borrowing money to invest in a properly researched business plan will always make private individuals wealthy. Providing goods and services to ready markets is what keeps the world turning.

The last thing those people at the top want is for governments to get in the way. They don’t want government borrowing money to do things business can do. In their eyes, the best thing a government can do is budget for surpluses, as large as possible, and as often as they can. This way, government controls the money supply through taxation which, in turn, helps control inflation and wages growth.

When too much money is in circulation, demand increases, supply comes under pressure and prices rise to compensate. That’s inflation and that is not good for anyone, especially the private sector. Inflation interferes with their profits, and by extension, the personal wealth of those at the top of the tree.

By producing surpluses, governments control the money supply and don’t need to borrow. In short, they run the economy as if it were a household economy. This, they claim, is good economic management of our taxes. And everybody believes them. Except, that is, the small handful of economists who don’t work for the private sector, who understand what is really happening.

Most governments prefer to leave investment to the private sector. The private sector is then free to borrow to create the wealth, unencumbered by governments trying to soak up money with annoying bond issues. Neo liberal economics favours less government of the market, less interference. 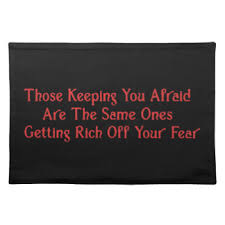 But we should always remember that the wealth created by the private sector is not for the nation; it is for themselves. The nation always comes second. By continually producing surpluses, governments are treating the nation as second class citizens by restricting their own investment in the creation of a nation’s wealth. Surpluses deprive a nation of reaping the rewards it could gain through investment.

Business is always wary of governments who borrow, regardless of the need. The business attitude is to let them do the borrowing and make the profits. Governments should control the money supply so that inflation is kept in check. They should also extend to business lots of grants and subsidies to help sustain employment levels while business makes more and more money.

For business, all this could be seen as economic heaven if it really worked that way. But business is brutal and unforgiving. Things can, and do, go wrong and when they do, generally greed is the culprit. Business’s get greedy, take on more than they should. Then, they forget how they started, they forget the principles of developing a business case, they get sloppy and careless.

When this happens those at the top of the tree make sure they are protected to the exclusion of those who work for them. Those who work for them suddenly find themselves redundant, out of a job, thrown on the scrapheap or pressured into working for less. That is how the gap between the rich and the poor is maintained and widened.

It should come as no surprise that it is conservative governments, generally, that foster this kind of freelance wheeling and dealing. They are more likely to encourage private investment at the expense of building national wealth that should rightly be owned by the people. They are the ones who, generally, sell off government owned assets, even highly profitable ones to improve their household budget mentality.

Reform governments are the ones who then have to come in and restore government services, particularly health and education, areas left in crisis due to funding cuts conservative governments make to create their surpluses. Reform governments clean up the mess and rebuild services essential to a properly functioning society.

So, why is it that most people think it is the other way around? Why do most people believe conservative political parties are the better financial managers? How many times have we heard Tony Abbott score political points when he refers to Labor’s “debt and deficit disaster” when we know that the debt Labor incurred during the post GFC period kept Australia on a growth trajectory while the rest of the developed world went backwards?

I blame the economists whose voices we can’t hear. Not the ones in the private sector; they are complicit. The voices of the rogue economists, the stalwarts who understand what is really happening are the culprits. Their voices aren’t loud enough. 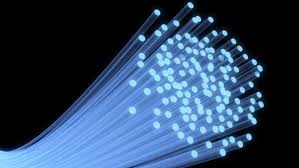 This is the real conspiracy. Remember, it is the borrowers of money that make the money, not the savers. When governments borrow and invest in infrastructure, like the NBN, invest in transport, health and education, the nation profits; the dividend is the future.

When governments sit back and let the private sector run services that governments should run, like Medibank for example, they forego the wealth inherent in those services. When that happens the nation as a whole, is the loser.

From where I’m sitting there is something fundamentally wrong with this.