The shortly to be released Mid-Year Economic and Fiscal Outlook (MYEFO) for 2014/15 is expected to tell us what we already knew. There is a blowout in the current budgeted deficit from $29 billion to $34 billion. By any measure one could have seen that coming as far back as June 2014.

Furthermore, budget deficits projected in the forward estimates through to 2017/18 will be exceeded as well. Again, no surprise there. Reduced revenues, largely in the mining sector, and a host of other miscalculations have led us to this point which means the much sought after surpluses that the present government so desperately yearns for, will not be happening.

Is anyone surprised? If they are, they shouldn’t be.

In a perfect world they might be right but the economies of the world haven’t been perfect for 100 years. And they are not going to start now. Joe Hockey is a captive of neo-liberal economic philosophy proffered by conservative think tanks and business lobby groups that thrive on surpluses. 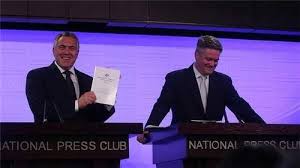 Why? Because continued surpluses mean continued unemployment at a level sufficiently high enough to control wages growth. Joe Hockey’s austerity budget will only serve to redirect national income away from working families and increase the income of the already wealthy in our society through company profits, higher share prices, imputation dividends and so on.

Surpluses undermine economic growth when they are achieved by austerity measures which is what Hockey et al, are trying to impose. That is the backward, twisted nature of neo liberal economics. All they are going to achieve is a reduction in domestic spending power.

If our most important trading partner, China, continues to slow down its growth rate, Hockey will continue his austerity policy which will mean even slower growth, or no growth for us, leading to recession, increased unemployment and underemployment. How stupid is that? 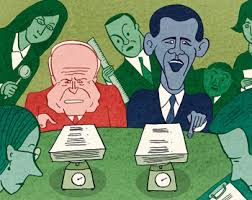 The Australian public have been deceived. They have continually been led down the garden path by politicians and media economists giving the wrong advice. The metaphors of doom have been allowed to overshadow responsible reporting with crisis headlines like: ‘budget emergency’, ‘alarm bells are ringing’, ‘budget black hole’, ‘burdening our grandchildren’, ‘mushrooming budget deficit’, ‘unsustainable spending’, ‘spending like drunken sailors’ and a dozen others I could mention.

But no one seems willing to give the credit where it is due.

In 2008 the world faced the mother of all economic meltdowns all of which was due to the excessive greed and the most irresponsible actions piloted by sections the wealth sector. What did our government do under Kevin Rudd’s leadership? It ‘spent like drunken sailors’.

And what was the result? We were the only OECD country not to fall into recession. Our GDP increased, employment held steady and we were the envy of a world that is still struggling with the aftermath of that meltdown today.

And who opposed Kevin Rudd’s stimulus measures? The present government. And what is their solution today? Austerity. What fools!

What should we be doing?

In the words of Bill Mitchell, Professor in Economics and Director of the Centre of Full Employment and Equity (CofFEE), at the University of Newcastle, NSW, Australia, we should, “Get back to doing what governments are elected to do and that is advance public welfare and stand against the vested interests that seek to unfairly gain income and advantage at the expense of the masses. 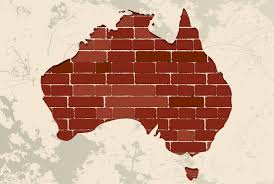 Contrast these words with what you are going to hear from Joe Hockey, Mathias Cormann other government members over the next week or so when MYEFO is released. Then go and bang your head against a brick wall.