Amanda Vanstone’s article in The Age, 8th December, is so full of holes that water would pass through it quicker than it does over Niagara Falls. Amanda has sprung to the defence of Joe Hockey even though she acknowledges he has made mistakes. She says, “The government has clearly spelt out the need to tackle the debt situation, but it didn’t cut through.”

No, Amanda, it hasn’t cut through and the reason is its lack of balance, its lack of fairness. Amanda goes on to say, “I think the PM’s phrase “inter-generational theft” says it all, and if every minister gets on board we may see a more responsible approach by the Parliament when it resumes in February.”

It’s a catchy phrase, “inter-generational theft”. It has all the hallmarks of something sinister, something underhanded going on. In fact, what she is referring to is the level of deficit spending. As the mantra goes, deficit spending is borrowed money that must be repaid sometime in the future by, presumably, our children and grandchildren. 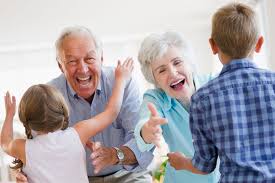 This tactic of pulling at our heart strings, appealing to our emotional weaknesses, trying to have us think that our darling grandchildren will be so saddled by debt that they will have to work 60 hours a week until they are 90 years old all because we were so selfish and borrowed their future wealth, is pathetic. It is also utter rubbish.

Our GDP is approximately $1.6 trillion per annum. Therefore, if in any year we spend $1.6 trillion dollars more than our taxation revenues, our spending ratio, erroneously called debt to GDP ratio would be 100%, assuming no pre-existing debt. Currently Japan’s debt to GDP ratio is 237%. Germany is 80%. The USA is 106%. The UK is 90%. Australia’s debt to GDP a ratio is currently 27%. Even if this was a debt we had to repay, which it isn’t, by world standards it is very low.

Spending is not our problem. Debt is not our problem. Taxation, or more correctly, our methods of collecting taxation, the imbalances, the lack of fairness, are the problem. When those who earn hundreds of thousands, indeed millions of dollars begin paying a rate of tax that reflects a measure of their contribution to our productivity, our GDP, only then will our tax system be fair, and be seen as fair. When our tax system can show a ‘tax paid to productivity ratio’, rather than at present, ‘salaries paid for profit ratio’, our tax system will be fairer. Today, senior executives are paid millions of dollars based on profits and stock prices, both of which can be manipulated up and down by clever accounting practices.

They do not reflect a direct relationship to productivity. As an example, compare executive salaries in the Australian motor car industry. Have they declined as the manufacturing levels declined? Are executive salaries declining as the price of iron ore and our export income is declining? By contrast, farmers’ incomes decline if their crops fail.

But I would be surprised if executive incomes have. I am not surprised, however, at the numbers of mining workers and motor car workers who have been made redundant. As our unemployment levels continue to increase, how many senior executives on super salaries with stock options and bonus payments, who engage in negative gearing are among them?

Those are the sort of imbalances our tax system supports. They are the problem and there was nothing in Joe Hockey’s budget that addressed them.

Then there is the question of company tax, or more correctly, the lack of it. We can add to that the government subsidies paid to the various industries, the tax loopholes their bean counters take advantage of, and ask, is this a fair system? 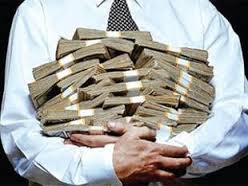 The problem is the twisted, ideologically entrapped mindset that thinks targeting the less well-off citizens, the real workers and pensioners of this country who actually contribute, or spent their working lives contributing, to our GDP in favour of the super-rich who produce next to nothing and, relative to their income, pay next to nothing.

But hey, I’m just an ageing pensioner who spent his entire working life paying off my grandparent’s debt. What the hell do I know?