Unemployment numbers were reported to have improved on Thursday while federal Treasurer Josh Frydenberg claimed that Australia’s economy was rebounding – but the Australian Council of Trade Unions (ACTU) sent out a message of its own: increase wages and help the insecure workforce, and the nation can be guided out of recession.

And as O’Neil’s comments come in the wake of Thursday’s Mid-Year Economic and Fiscal Outlook (MYEFO) presentation update by Frydenberg and Simon Birmingham, the government’s minister for finance, she pointed out that the government’s update lends very little hope for those who had sacrificed close to a year of their working lives in 2020.

“The government had an opportunity to show that they do really care about the future of so many unemployed and underemployed Australians, but failed to deliver that today,” said O’Neil.

“We must not forget that 2.2 million Australians will be facing the end of the year with no job or not enough hours, and the government’s mid-year economic statement does not deal with this fundamental issue,” she added.

The ACTU also advised that the nation’s under-employment figures come with a caveat: while it is encouraging that people are returning to work, the government, as well as the ABS, defines anyone who works as little as an hour per week as being employed.

It also said that any current signs of recovery out of a once-in-a-generation recession possess a shaky foundation – of that recovery being quite fragile, warning that the jobless rate could possibly return to COVID-level rates without the proper vision and leadership to create jobs and increase wages.

“They had an opportunity today to redirect unspent JobKeeper to reverse the cut in payments coming at Christmas and to fund programs that would deliver decent secure jobs that help rebuild our economy, but have shirked that responsibility,” said O’Neil.

“Further, there is no plan to lift wages which have now seen eight years of low growth including the lowest on record – and we know that unless workers have confidence to spend the economy will suffer. Instead, the Morrison government has introduced industrial relations legislation which will cut workers take-home pay,” O’Neil added.

Meanwhile, both Frydenberg and Birmingham used the occasion of the MYEFO to thump the collective chest of the Morrison government, claiming that economic recovery is underway.

“The updated numbers are encouraging and better than what was expected at budget just ten weeks ago,” the Treasurer added.

“This Budget update tells a story of resilience, of recovery and of Australians getting back to work. Stronger business and consumer confidence means more Australians are in jobs [and] there are fewer demands on government programs and stronger than expected revenue,” said Birmingham, who has forecast that the budget deficit is expected to be $24 billion less than previously anticipated.

“These forecasts, along with the other economic forecasts, stand Australia in incredibly good stead, relative to many other comparable nations. In summary, Australia’s economic and fiscal strength enabled us to enter the COVID-19 crisis with resilience,” added Birmingham.

O’Neil also put the government’s figures – which also included a line from Frydenberg saying it could take up to four years to return the unemployment rate to pre-pandemic levels – in a perspective, that revenue numbers over deficits wouldn’t be possible without tax-related incentives to businesses.

And she feels that a long-term plan for growing the economy, raising wages for all workers, and jobs-based growth has been lost in the government’s feel-good messages.

“The government has chosen the ‘low road’ recovery, with un-tied tax cuts to big business, and failed to deliver a nation-building approach to job growth,” O’Neil said.

Previously, the ACTU had called for the Morrison government to adopt and implement its National Economic Recovery Plan (NERP), a jobs-based economic recovery blueprint geared towards getting Australia out of recession, on several occasions since unveiling it in July.

Areas such as creating more secure jobs, extending childcare and early learning free of charge, investing in job-training facilities and programs, such as the TAFE system, investing in the nation’s university system, and placing a focus on jobs and investment in the manufacturing sector, were among the items on that blueprint.

But as wage growth has stagnated under successive LNP governments since 2013, the view of O’Neil and the ACTU which holds that area as the most critical means of pushing economic recovery is shared by Brendan O’Connor, Labor’s shadow minister for employment and industry. 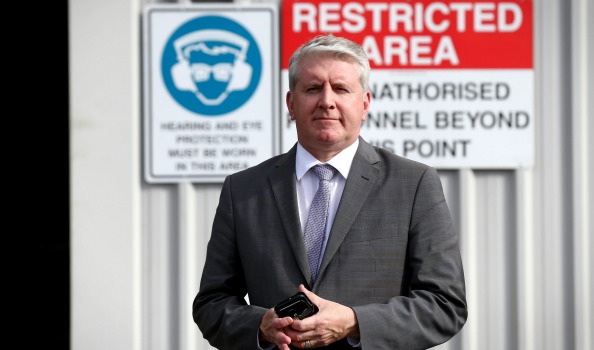 “If the economy was as strong as the Treasurer claims, there wouldn’t still be a million Australians stuck in the jobless queues, 1.4 million workers underemployed and more left out and left behind in this recovery,” O’Connor said earlier in the week.

“While too many Australians and communities are hurting, the Liberals and Nationals are reverting to form and using the pandemic as an excuse to cut workers’ pay, cut super and strip protections from borrowers,” added O’Connor, who earlier in the month announced on behalf of the ALP what it calls a Pandemic Recovery Jobs and Industry Taskforce.

As the ALP’s initiative could be viewed as a complement to the ACTU’s NERP blueprint, O’Connor says it runs counter to what the Morrison government has been alleged to be doing in the heart of a jobs and economic crisis – leaving people to go at it in a survival-of-the-fittest regimen.

“The Taskforce will travel around the country – particularly to outer-metropolitan, regional and rural areas – to hear from employees, employers, unions, industry bodies, academics and experts about what is needed to best respond to the Morrison recession,” O’Connor said.