1 I put on the telly this Morning to find Greg Hunt giving a press conference self-congratulating himself on the UNs decision to not place the Great Barrier Reef on the endangered list. Then a half hour later a Greenpeace spokesperson explains that we are only on probation for 18 months and that the effect of future climate change had not been taken into account, nor the proposed coal mine.

What a snake oil salesman he is.

2 Sepp Blatter wins another term as boss of FIFA and gives corruption a serious boost.

3 It comes out that our Prime Minister and the Emigration Minister tried to put one over on the Cabinet and we’re suitably chastised. Abbott had even tipped off The Daily Telegraph without any Cabinet discussion.

When you try to dud your own Cabinet you cannot expect its respect.

4 Does the public realise that the Government has put a freeze on doctor’s fees which, in effect, is the same as applying a copayment because it will force the Doctors to raise fees to cover costs. Sneaky bastards aren’t they.

Australians were greeted yesterday with this headline in the Fairfax press. 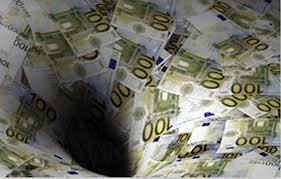 Only weeks after presenting a budget based on pie in the sky predictions punctuated with so many ifs and crystal ball maybes, independent analysis by the Parliamentary Budget Office suggests the economy is in dire straits.

It is not beyond repair. All it needs is a government prepared to forego its ideology and govern with fairness for the common good. Too much to ask you say. You’re probably right.

1 Labor’s offer for a Liberal to replace Tanya Plibersek as co-sponsor of its Marriage Equality Bill will be rejected and it will lapse. Abbott, who vehemently opposes gay marriage, will present a bill in his own time so as to get all the kudos. Ironically it may be the only legacy this out of touch Prime Minister will produce from his tenure of office. 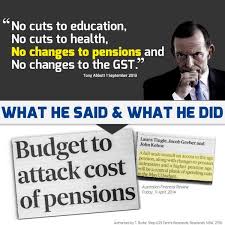 2 Another stunning example of his lying is when he says it’s only the States who can change the GST. In 2004 a number of items had their GST status changed. Guess who the Health Minister was at the time. Yes none other than TA himself. 1 After three seasons of “House of Cards” I have concluded that it is the most compelling television show I have ever watched. A superb production on every level. Can’t wait for season four.

2 In my experience young people are fully conversant with the issues of the day if not political ideology. The worldwide move to lower the voting age to 16 is a good debate to have but equally so is the need for a form of Political Education in our teaching curriculum.

3 After listening to Abbott’s press conference this AM I am left with the undeniable conclusion that he is going to fight tooth and nail to destroy marriage equality. He won’t win of course.

4 Someone is lying about what happened in cabinet about withdrawing citizenship. I am under no illusions who that might be. And if 27 back benchers supported the proposition they are as stupid as those who proposed it. They have denigrated science now it’s the law’s turn.

“The word “Frugality” is one of the most beautiful and joyful words in the English language, yet one that we are culturally cut off from understanding and enjoying and a consumption society has made us feel that happiness lies in having things, and has failed to teach us the happiness of not having things.”

Therefore life is about doing things not having things.

1 Interesting to see the Government Benches empty when Bill Shorten presented his Marriage Equality Bill. Although it’s not surprising when, if you recall, they were also absent when the NDIS was introduced.

2 “We are on a steady path back to surplus” The PM said in question time. The Independent Budgetary Office tells us the opposite. 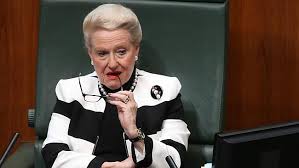 3 What an embarrassment the Speaker of the House of Representatives is. She seems to have a rule book of her own. Tony Burke, yesterday showed up her bias in no uncertain manner.

4 Morgan Poll has Labor at 53/47. Returning to pre-budget figures further confirming my belief that the budget did nothing for the Coalition. Well other than not making it worse that it was.

1 After doing some research I can explain what the term “come to Jesus” means in the context of politics. It is an American Tea Party expression to describe the instant at which team members recommit to working in unison or pursue their own interests. You’re either on the team or you aren’t.”

How did this religious nut job ever become Prime Minister?

3 Essential follows with the same numbers. In addition their polling on Same Sex Marriage has yes 59% no 30% and undecided 11%. That’s an overwhelming YES I should think. 4 Joan Kirner was underestimated as a politician and her work for women and the advancement of education will not be forgotten. 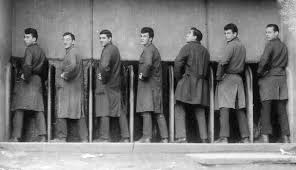 2 There are that many Cabinet Ministers denying they leak that one might wonder if they use the bathroom at all. The journalist in question is a friend of the Foreign Minister. Leave it at that.

3 Yesterday in Question Time the PM responded to a question from Bill Shorten about violence against women in a very bi-partisan manner. He must be reformed I thought. Remember he was accused of assaulting a woman at University and later acquitted. He was defended by a QC and the girl defended herself. Another women accused him of throwing punches at her and hitting either side of a wall she was standing against. He says it never happened but others collaborate her story. The newspaper involved settled out of court.

Posted my thoughts on Australian democracy.

1 The worst trade deficit ever.

2 Its called an own goal or a self wedgie.

Treasurer Joe Hockey has again put himself at odds with Prime Minister Tony Abbott by failing to rule out reforms to superannuation if the government wins a second term.

Prime Minister Tony Abbott has said super will not change in this or future terms, despite calls for an end to retirement tax breaks for wealthy retirees. 3 Tony Abbott’s Reject Shop photo aptly highlights the political worth of our PM. Every picture tells a story.

3 No wonder Parliament House cleaners are asking for a pay rise. People are leaking everywhere. Peter Hartcher, the journalist who got the leak in the first place, makes it clear that the cabinet dispute may never have seen the light of day were it not for extreme frustration within cabinet, not so much over the proposal of the policy itself but over the poor excuse for a cabinet process it constituted.

‘In terms of the environment. I wonder what price the people of tomorrow will pay for the stupidity of today’

“We all incur a cost for the upkeep of our health. Why then should we not be liable for the cost of a healthy planet”

6 If the week in politics has revealed anything, it is that Tony Abbott is has never divorced himself from the negativity of opposition. He is continuously in electioneering mode. He told voters a Labor government posed a threat to their house prices and their superannuation.

“It is absolutely crystal clear what would happen if members opposite were ever to get back into government: the carbon tax would come back, the people smugglers would come back, the value of your house would go down – because hasn’t he been trying to talk down the economy for the last few days? And your superannuation is going to be raided again and again to try to get a Labor government out of trouble,” Abbott said.

He wants to pick fights with the opposition – even where there is agreement, or a strong prospect of it – and to deeply plumb populism. This maybe marginally helping in the polls, but it is degrading both policy and politics.

We are still waiting for the adults.

I am having trouble coming to terms with the unhinged nature of the rhetoric in which our Prime Minister now engages.

And this is the week that was.