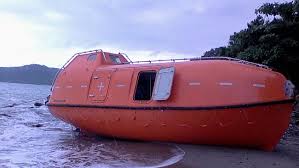 “A self-proclaimed pick-up artist who promotes choking women has left the country and had his visa cancelled by the Federal Government.

Julien Blanc, 25, was due to give a talk at Melbourne’s Como Hotel on Wednesday night advising men how to “pick up women from open to close”.

His tactics, which include choking women and pulling them into his crotch, were criticised online as misogynistic and abusive.”

However, it’s Friday night and I’m being a little distracted. ‘Twas going to be about Julien Blanc. Just to get you up to speed with this:

He was also due to deliver a seminar in Brisbane next week.

“This guy wasn’t pushing forward political ideas, he was putting a view that was derogatory to women and that’s just something that our values abhor in this country,” he said.

Ok, let’s just forget Voltaire’s “I may disagree with what you say, but I’ll defend to the death your right to say it”, or as George Brandis put it so much more eloquently, “People have the right to be bigots, otherwise we wouldn’t have picked up so much of the One Nation vote”.

Mm, perhaps I shouldn’t have put the quotation marks around it because I was quoting it from memory and – like John Howard – my memory can be faulty whenever it suits me.

Strikes me as a nasty, little pathetic man who must have attracted an audience with the sort of losers who’d normally spend their Friday nights striking out at venues that are considered pick-up joints.

Mind you, I’m the sort of man that would have gone to his event and asked if he’d give the same advice to gay men who were having trouble with men who didn’t realise that they may be bi-sexual…

Anyway, let’s ignore someone who just wants to be noticed because how the f*ck does someone get so far basing his whole persona on the Tom Cruise character in “Magnolia”. (Great film, btw, watch it, if you’ve never seen it!)

But, well, I just sort of have this problem with Scott Morrison just cancelling his visa like that. I mean, as Scotty said, he wasn’t pushing a “poltical agenda” – if it had been a “political agenda” would it have been ok? Or was it that he held his seminar on a BOAT?

Will Andy Bolt have a front page headline about the whole freedom of speech thing?

Will Abbott attempt to mirror Howard? “We will determine the misogynists who come into this country and their right to support our agenda…”

Whatever happened to that idea people have a right to be bigots? And why don’t I get my chance to rub my crutch against Mr Blanc and choke him?

Anyone who isn’t a feminist shall have their comments removed…

And anyone who is.

Yep, just agree with me and you’re visa’s safe. Unless there’s a backlash on social media.

Mm, why do I feel that I should say something about people from being discouraged from reporting sexual abuse in detention centres?

Oh, that’s right. Not in Australia. So the fact that it’s not part of our values means they should have just stayed where they came from . . .