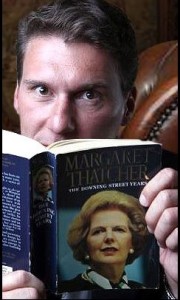 Yet again the ABC are demonstrating their determination to make the Coalition look silly. Their latest trick is to give Cory Bernardi’s ideas publicity.

Earlier, Senator Bernardi said there was no room for personal views where cabinet ministers were concerned.

“If Malcolm Turnbull wants to talk about fringe issues outside party policy, he should resign from the frontbench,” he told the ABC.

“Our longstanding party position is that marriage is between a man and a woman.

“Our frontbenchers need to reflect that in any comments they make.”

Today, however, he expressed the view that ALL members of Pariliament should be free to be free to express “personal views”. But, of course,

“The stifling doctrine, the tyranny of political correctness means that when get into the debate about some issues of substance, you’re howled down and levelled with pejorative slurs. I don’t think that’s healthy for democracy.”

And there we have the most intriguing thing at all about the idea of free speech that’s been peddled by the Ridiculous Right – that somehow you have your free speech eroded every time someone criticises you.

It’s an interesting tactic, because rather than discuss your original proposition, you end up discussing “free speech” and we all agree that we have a right to free speech, don’t we? Apart from those leftist, Stalinist, politically correct people who want to shut it down. They don’t value debate! They just resort to name calling because they’re feral, unemployed, socialist welfare cheats.

It was used very well in 1990s with the introduction of the Victorian Certificate of Education. Some newspaper would report a criticism, and while some criticisms were valid, a large number were not merely a difference of educational opinion, there were factually incorrect. If a government minister, teacher or education worker attempted to put the record straight, there’d be complaints about how nobody was allowed to criticise the VCE rather than an acknowledgement that, unlike the previous reports, schools did not have to allow a student to satisfactorily complete even if they’d completed no work.

So, in a similar way, today Cory Bernardi releases his book and says that it’s the responsibility of MPs to speak out and to raise debate. (During his interview, he failed to mention that he thought that Malcolm Turnbull should resign from the ministry for doing just that on gay marriage. Something about party solidarity, which evidently doesn’t include backbenchers.) Yet, when he encounters a debate, that’s “political correctness” and he’s being “howled down”. That’s not “good for democracy”. In other words, it seems that he feels we need a debate where his view is allowed to stand without challenge.

But, as I wrote a few weeks ago, this seems to be a growing trend. Either you agree with me, or you’re part of the other side, and therefore your view is not worth listening to. So let me try to be fair to Cory.

He claims that there are too many abortions in Australia. Ok, I haven’t heard anybody argue that there are too few. (Retrospective abortion is not possible, so don’t go there.) We can agree. So what’s he suggesting? Well, he’s not suggesting banning or making it harder to get an abortion. Just that we should have fewer. Right, then Cory, you are entitled to that view. There now, you haven’t been howled down or called names.

So what exactly are you proposing, Mr Bernardi? That the single mother who finds herself pregnant will decide to marry the first man who’ll agree to it because “a traditional family is the best way to raise a child”? Or are you suggesting that we should increase sex education and availability of contraception so that there are less unplanned pregnancies? Perhaps we could go back to the fifties where many women had the baby, but gave it up for adoption? Or possible we could introduce sharia law and stone adulteresses to death? Oh, that’s right you don’t think extreme Islamic religious views should be imposed on the community – just your own! What’s that – you want an inquiry into how we can reduce the number of abortions? Who’d do the inquiry and what would they ask?

There now, I’ve allowed your idea to stand and be examined. I haven’t even raised your idea about gay marriage leading to people marrying animals, and put forward my argument that if anyone can find an animal that says, “I do” and can fill in the paperwork, then I don’t have a problem with that at all.