As of late I’ve really come to respect these two blokes in Labor’s long history. Aside from my respect for people like Fisher, Curtin, Chifley, and Whitlam and so on…

Basically, Blackburn’s now famous law firm has roots in him basically fighting for human rights – before this was a ‘thing’ – as a lawyer since 1910 as the ALP was becoming more mainstream nationally and electorally.

He was instrumental in cases being fought to secure people the 40-hr week, Indigenous wage rights, and women’s rights. He was anti-conscription and an anti-war advocate. Was also in the ALP on and off and heavily involved in the Victorian Socialist Party much like future WW2 era PM John Curtin. 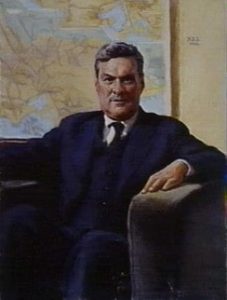 In 1914 – during the early days of WW1 – Blackburn was elected to the Victorian Parliament. He held the seat of Essendon until 1917. He lost his seat during the conscription split but fought cases for everyday people in the courts and was elected to the seat of Fitzroy in 1925-1927 in a by election and then transferred to the seat of Clifton Hill which he held until 193. He was briefly the Victorian Parliament Speaker for 10 months (in 1933-1934) and went on to become the Federal MP for Bourke for almost 9 years from 1934-1943. In almost 21 years in public office, he made the socialist objective a thing in Labor’s policy platform and the deciding vote in John Curtin to become Labor Leader in 1935 … who I’d argue, like many scholars, was one of Australia’s greatest Prime Ministers. Blackburn had a love hate complex relationship with the ALP.

He was defeated by a local ALP candidate protesting conscription in 1943 and died the following year due to a cerebral tumour. His widow Doris Blackburn won back his seat from 1946 – 1949 and was the 2nd woman elected to the Australian House of Representatives and the first from the Labour movement but sat as an Independent due to the way her husband was treated internally. A lot of human rights law probably became a thing thanks to this man locally. Ironically, I’m now working for the Qld Human Rights Commission.

Ted Theodore was a labourer and miner of Romanian descent from immigrant parents coming to make a new life in Australia. He was a Roman Catholic much like Australia’s first Catholic PM, James Scullin who he’d later become Federal Treasurer for. He was a miner all across Australia from WA, to NSW, SA, to Qld and eventually based in Broken Hill for a time in 1902-1907 and found his way into unionism, and later became the President of the Australian Workers Association (AWU). He later went on to be the State Qld President of the AWU which his original union merged with. He found himself becoming political in 1909 he was elected to the state seat of Chillagoe until 1912 and then Woothakata until 1925.

He rose quickly in parliament to become the State Deputy Leader in 1912. In 1915 upon the election of Labor’s 3rd stint in Government and first majority under TJ Ryan as Premier, Theodore became the State Treasurer and Deputy Premier almost immediately. He succeeded Ryan in 1919 until 1925 also as the Treasurer and Chief Cabinet Secretary handling the books himself. He reshaped Queensland achieving much of his legislative agenda and future governments of all sides due to abolishing the Upper House of Qld, which at the time was less interested in transparency and more into elite hedonism. He took on interventionist economic policies, establishing a number of state-run enterprises and introducing new competition and labour market regulations. These perceived steps towards socialism led to Theodore being nicknamed “Red Ted”. 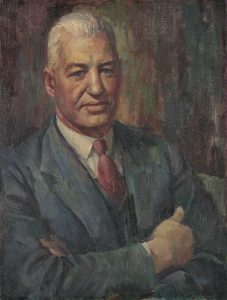 Ted left State Parliament to pursue Federal politics in NSW for the Sydney Seat of Dalley in 1927, as Labor was making ground since the rebuild after the Conscription split federally under Scullin’s leadership. In early 1929, in Opposition, he was elected as Deputy Leader of the party. Upon winning government nationally he was made both the Deputy Prime Minister and Treasurer under Scullin. The win for Labor 13 years out of office was short-lived, however, after the Wall Street crash and the ensuing Depression. Ted increased tariffs and was an early pioneer of Keynesian economic policy and stimulus before it was widely accepted by all sides of politics (even before FDR’s New Deal in the US). Aside from Tory obstructionist in the Senate, Great Britain had money owed in large sums since the 1920s under the reckless spending by the previous Bruce Tory government and mid-way through his first year in office as Treasurer he was accused of corruption by the incumbent Tory Country Party government for his handling of mines, which he was acquitted from as the former Qld minister. But due to this he had to temporarily resign from his executive positions.

In the meantime, former Tasmanian Labor Premier Joseph Lyons was made the new Acting Treasurer, who favoured Britain’s recommendations to adopt fiscal austerity measures while Scullin met with Britain to negotiate and also advocate for an Australian Governor General. The Brits wanted money saved by cutting services and the Premier’s Plan was negotiated. Scullin wanted Ted back as his Deputy, and in 1931 Ted was reinstated as Deputy PM and Treasurer. But his win was short lived as the economic situation looked grim. Scullin and Ted’s plan to help the unemployed through social programs and stimulus failed initially as the Brits and Tories forced their hand in austerity measures, they had to adhere too. Which also sent Labor Premier Jack Lang of NSW batshit mad crazy withdrawing support from the Left of the party, with Lyons, the former Treasurer who supported austerity, joining with Tories to form a new government with him as the new Prime Minister. This left Ted and Scullin beyond repair and they lost the subsequent 1931 Federal election in a landslide to the Tories and Labor rats. 20 years in public life Ted was spent after the Depression split the ALP into 3 warring factions on the left, centre and right.

Ted pursued a successful business career in media and mining ventures with Frank Parker, becoming a very wealthy man living in Fiji. He briefly retired to public life as a public servant assisting the new wartime Labor Curtin Government as Director General of the Allied Works Council from 1942 until 1944, assisting in the war effort with employment measures for people to assist construction tasks for the military in the defence of Australia which was under attack at the time by the Japanese. After the war he retired, and passed away in 1950 at Edgecliffe NSW. His children succeeded him in business with the Packers – one of whom became the first director of Channel 9 – when television became a thing.

Although he had critics from the Tory side and Labor side from the Langites of NSW, if it wasn’t for Red Ted the Curtin/Chifley years of Labor and Tory Menzies Government would not have rebuilt Australia under its post war boom the way it did. And Australia would have suffered if not PM Rudd and Treasurer Wayne Swan had not introduced stimulus spending during the GFC in 2008-2009. Red Ted was well ahead of his time.

Although controversial in their times, these blokes deserve more attention in Labor’s lore and Australia’s history. They are up there with Waltzing Matilda, Eureka Stockade and Ned Kelly. Like saints of the church.

Callen is a Quandamooka Nunukul Aboriginal person from North Stradbroke Island. He has been the Secretary of the Qld Fabians in 2018, and the Assistant Secretary 2018 – 2019, 2016, and was more recently the Policy and Publications Officer 2020 – 2021. Callen previously was in Labor branch executives in the Oodgeroo (Cleveland areas), SEC and the Bowman FEC. He has also worked for Cr Peter Cumming, worked in market research, trade unions, media advertising, and worked in retail. He also ran for Redland City Council in 2020 on protecting the Toondah Ramsar wetlands. Callen is active in Redlands 2030, Labor LEAN, the Redlands Museum, and his local sports club at Victoria Pt Sharks Club. Callen also has a Diploma of Business and attained his tertiary education from Griffith University. He was a co-host from time to time on Workers Power 4ZZZ (FM 102.1) on Tuesday morning’s program Workers Power. He is currently a public servant for the Qld Government.