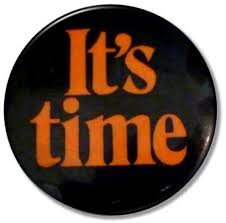 We’re not in the habit of publishing our letters to the editor but there have been a few lately that demand a wider audience. The first of these appears below, written by a person I shall refer to as ‘He’.

He has written to The AIMN asking that we ramp up our efforts to bring the government and the Murdoch media to account. We wish we could. We wish we could do everything that He asks, but we don’t have the professional, financial or legal resources. Apart from requesting the impossible from The AIMN team, He has raised some very interesting points concerning the behaviour of the Murdoch media and the Government, in particular the unethical manner in which they conspired to deliver the election to Team Abbott.

He gives us much to think about. Here is his correspondence:

Letter to the AIMN Team:

In the current political situation of Australia, your intellects and your talents for fact collecting and thoughtful analysis are not being employed to full advantage by writing articles which largely reach only the converted – marvelous though they are! You demonstrate concern for the welfare of all Australians and have gone ‘above and beyond the call of duty’ to draw attention to unfair policies and and actions of those governing the country. You have already done enough but . . . I am now appealing to you to consider directing your energy and your attention to legislation such as the Trade Practices Act and the Crimes Act to make connections between the activities of the LNP and the Murdoch press and various laws. What, if any laws have been broken? How often have they been broken?

We have all carped on about the despicable behaviour of the LNP and the Murdoch press over the past six years when, in the commercial world, no business would actually be permitted to get away with misleading and deceptive conduct; making false or misleading claims; false advertising; predatory behaviour; anti-competitive conduct; unconscionable conduct etc etc. The LNP is in power only because of misleading and deceptive conduct by its own members and by the media – especially the Murdoch media – and whereas the ACCC would swoop down on any company that falsely advertised, the deliberate, repeated, misleading, false claims of the LNP (and Murdoch press) have been allowed to pass as some sort of warped ‘political or press license’ when, actually, they are often violations of the law. For example: The Abbott – Pyne denial that they ever promised to support the Gonski education reforms . . . “We didn’t mean what you thought we meant . . . or hoped we meant . . . ” Under the Trade Practices Act, it comes down to ‘misleading and deceptive conduct’ when a normally accepted meaning is denied or distorted by a commercial enterprise. Penalties, compensation and even criminal charges might follow such a blatant attempt to deceive. Another example: Was it ‘unconscionable conduct’ to introduce unrelated issues into a court case with the intention of destroying a career and thereby destabilising a Government?

The first challenge to anyone making such suggestions will be: “That’s in the business world but politics is different.” or “Politics is not covered by such laws!” But is that strictly true? I suspect that political parties and their off-shoots have some sort of ‘incorporation’ which could bring them under laws such as the Trade Practices Act and, of course, the Crimes Act would cover a wide range of activities such as “fraudulent misappropriation of Commonwealth funds” in a hypothetical case where a person claimed ‘entitlements’ but acknowledged that he/she was actually campaigning to win votes in a marginal electorate. Professionals too have obligations under the Trade Practices Act and surely a group of professional Politicians would easily qualify as such. (Please refer to what professionals should know about the Trade Practices Act).

In relation to ‘anti-competitive conduct’, The ACCC states that it: ” . . . will be particularly concerned where such restrictions are imposed in the guise of assisting consumers but are ultimately for the purpose of controlling competition.” Now, we would normally read this to apply only to a business or a profession but it might also apply in a situation where, say, a concentrated media empire sided with one political party “for the purpose of controlling competition” . . . in the political arena, as well as in the commercial arena. If you follow my reasoning, there are probably many opportunities under the Trades Practices Act to bring at least a civil case against those who deliberately deceived and misled the Australian voters for both political and commercial advantage. A challenge to the result of the whole 2013 election might even follow.

The predominant ‘justification’ arguments for LNP and media ‘behaviour’ over the past three years centre around “Freedom of Speech” legislation which permits the media to destroy lives and bring down democratically elected MPs and Government. It is apparently legal, if not morally acceptable, to vilify and denigrate and distort the truth to sell newspapers and make money and . . . if that happens to ‘incidentally’ bring about a change of Government, which will further business interests, then that’s all part of being in a democratic ‘free’ society!

What I am suggesting is that it is not just about “Freedom of Speech” laws; it is also about “Competition and Consumer” laws by which those same professionals (politicians and journalists) and those same media groups must abide. It is also about other laws of the country which may have been breached but are often simply ‘accepted’ by Australians as normal political behaviour. Politicians are elected to make and change the laws which protect the population and ensure the smooth functioning of society, not to abuse those same laws to gain or retain power . . . they are not above the law themselves. Yet we are witnessing a period in Australia when many citizens have rewarded those who gained power by irregular means and others appear willing to overlook gross misdemeanours which would induce outrage in say, any sporting organisation.

A wide range of possible ‘breaches’ of the law for political and monetary gain are surely there to be identified and collated in order of ‘seriousness’ . . . without even touching on laws which might have been broken in the Ashby- Slipper saga! Might it be unlawful, for instance, to receive taxpayer money ‘under false pretences’ if a ‘professional’ claimed qualifications for a job such as (hypothetically) ‘an impartial speaker’ when there was no attempt or intention to be impartial at all?

We must stop pretending. We cannot simply accept that the last election was in any way a ‘normal’ political event, or that the Abbott-led group is now a legitimate Government. We must start questioning the means by which they achieved that position of power over Australians.

Was it a fair process? How would it be viewed in a commercial sense? Were any laws broken? Are we accepting in politics and the media that which we would never accept in any other section of society? Would we even accept such a low level of ‘fair play’ in any sporting game? Is it time to change that ‘anomaly’? Can it be done by invoking existing laws?

Let’s stop using euphemisms such as ‘broken election promises’. Let’s start contemplating instead: “Was it misleading and deceptive conduct?” Let’s stop making politics an exception to the rule of law. Let’s start thinking in terms of: “Would that be against the law in the commercial world?” It’s time to take a legal perspective of the activities of the LNP & Murdoch press in recent years. If we view it all in commercial terms, or even sporting terms . . . we get a very different sense of just how low a standard has now been accepted in politics and that must surely alter our attitude to what has been going on in the world of the LNP and Murdoch.

Appeal to The AIMN team: